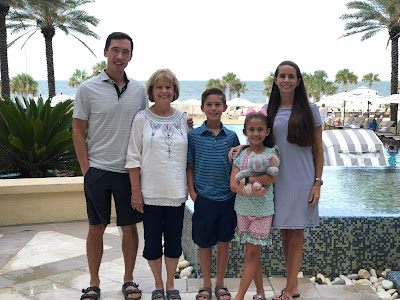 Grandma Genie flew in to Florida on June 23rd and has been staying with us to help out this summer while Andrea is on the mend. Andrea has been recovering very well so far, but she still doesn't drive much and shouldn't be carrying anything over 5 pounds. We've all been trying to help Mommy around the house with everything and Grandma has been a huge help this past week taking the kids to basketball camp and helping us around the house.

This kids had basketball camp at the Landrum Middle School this week Monday through Thursday. Paige was a little apprehensive about basketball, but she ended up enjoying it and was actually interested in doing another basketball week later on this summer. It was a nice change of pace for the kids since they've been outdoors so much at sleepaway camp, so it was nice that they were indoors for the week.

On Thursday the kids wore their Blue Heat Academy basketball shirts and we got a pic with Grandma before they went to camp. 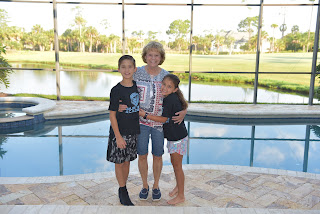 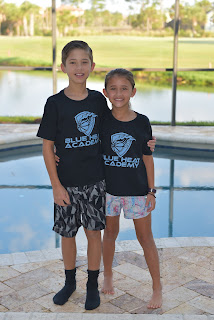 During the week it's been super hot and the kids swam with Grandma in our pool. They had fun with the big inflatables. 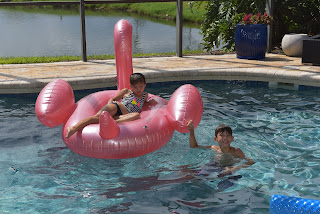 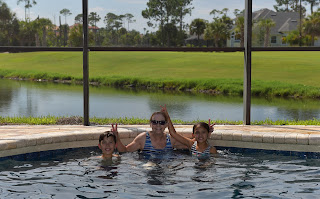 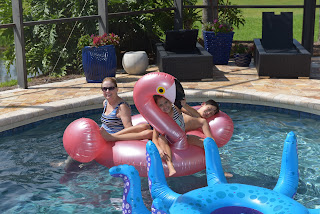 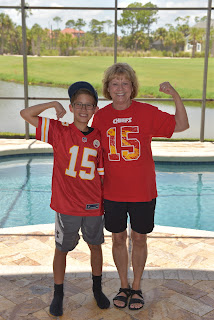 On Saturday we drove out to Amelia Island for Steak Out at Marche Burette. We stopped by the Nature Center before dinner and looked at the animals and Grandma bought the kids a couple of stuffed animals. 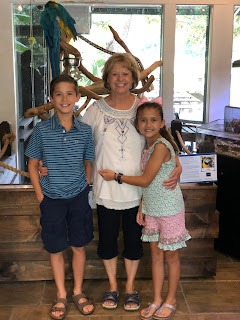 Steak Out was wonderful as always. It was a perfect night to sit in the covered area and listen to the live music and enjoy our favorite steak dinner. 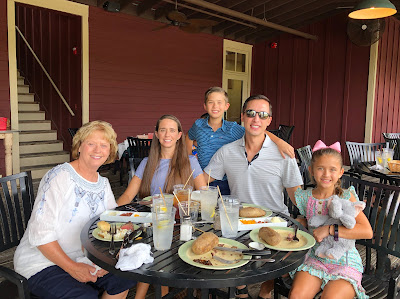 We were talking about eye colors during dinner and took a couple closeups so we could compare eyes. 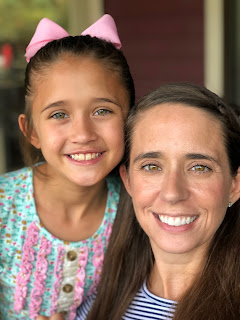 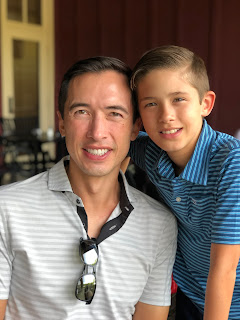 After dinner we rode the shuttle to the hotel to walk around and then walked back to Marche Burette for ice cream and we all ate way too much ice cream. While we were eating our dessert we saw Andrea's tennis teammate from JCP come by and we talked to Molly and her husband Daryl for a bit before heading home. 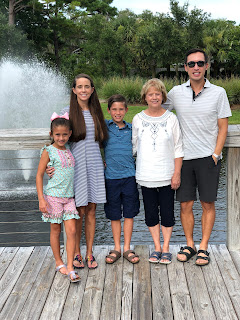 On Sunday we were pooped and decided we didn't want to leave the house, which sounded nice to Connor and Paige. We used our new grill for the first time and Grandma Genie had Connor snap a pic of me grilling in my snake shirt. 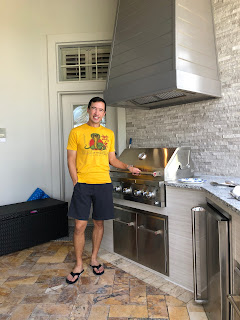 After lunch we swam for a couple of hours and then we just relaxed around the house and got a few things taken care of. We changed out the flowers in the pots in the lanai and moved some of the furniture back to the original spots now that we decided Andrea no longer needs the rocker in the master bedroom. 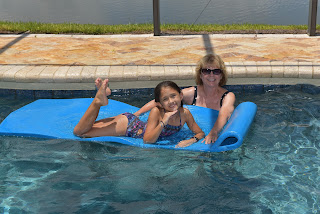 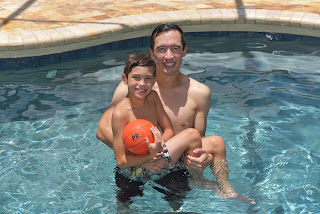 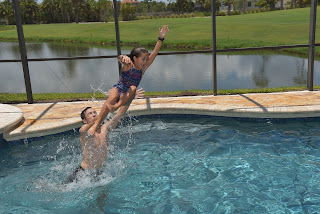 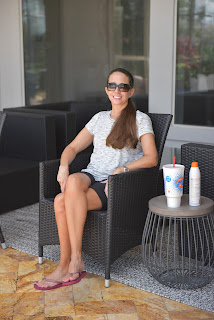 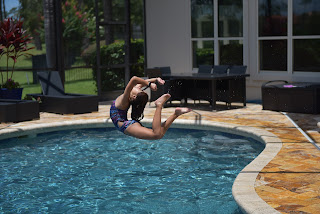