Adventure Landing with Logan and Abby 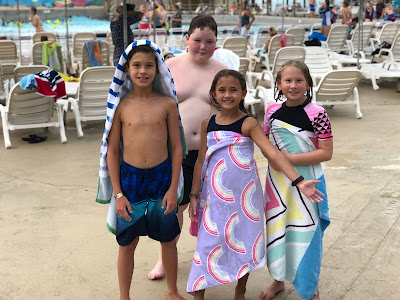 On Thursday, Logan invited Connor to go to Adventure Landing with his family. I decided it would be fun to go along with them and Paige wanted to bring a friend so we picked up Abby and headed over to Adventure Landing for the 5-8pm Waterpark evening special. It was apparently quite the popular event and there was a super long line that took about 30 minutes just to get the tickets and wristbands to get in. I let the boys go off on their own and stuck with Paige and Abby. We rode some of the slides and went around the lazy river for quite a while. The wave pool was nice too, but after doing the tidal wave pool at the Disney Typhoon Lagoon, it was not super exciting. The kids had fun and we stayed until the park closed. It was fun to see Logan while he was in town. 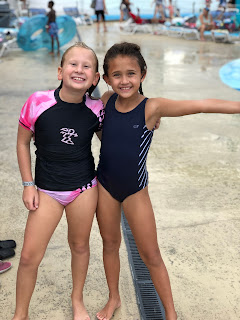 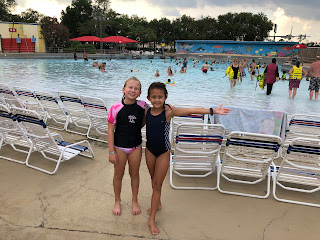 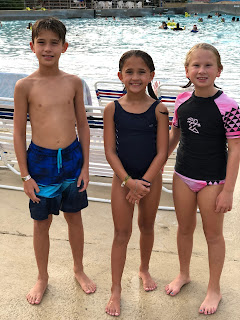 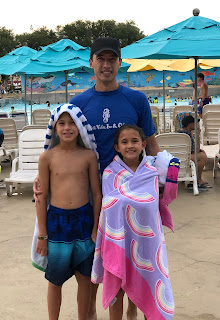