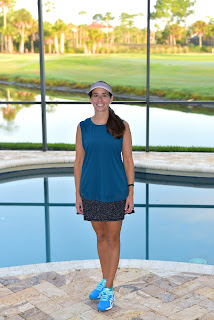 Monday, August 12th, was the first day of school for the kids and it was also a big day for Andrea as it was her first day back to playing tennis since May. After Andrea's cancer diagnosis she had a biopsy which prevented her from playing tennis, and shortly after that she had her surgery and chemo. She's finally healed well enough following surgery to start tennis again and was excited to get back out on the courts. Last week she was able to play tennis a few times and it's great to see her back out having fun while getting exercise. Her second chemo treatment is coming up on 8/20/2019, but hopefully Andrea will continue to feel well enough to play tennis.
Posted by Shawn Vernon at 9:12 AM