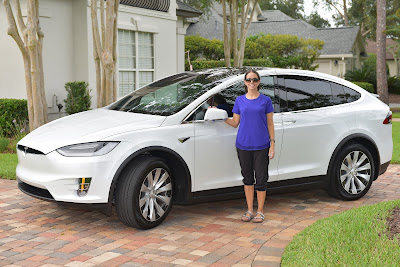 On Monday August 19th, we picked up our new car, a Tesla Model X. We have been considering the Model X for years and actually had one of the first deposits on the car when it first came out. I think I might have gotten one of the first Model X's in Jacksonville if we'd gone through and purchased it back in 2016, but we ended up moving in to our PVB house in 2016 and decided to put it off. For the past year we've been kicking around the idea again and I'd been really debating whether to buy a late model used Model X, but it was a hard decision since the newer manufactured cars had some additional features. In the end we went with a new car, which is exciting for both of us since we've only ever purchased used cars. We figured that at least once in our lives, it would be fun to have a new cool car, and we have really been enjoying it so far. 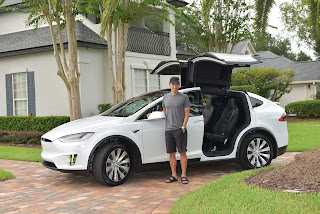 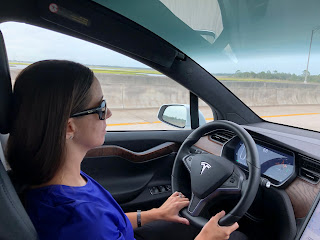