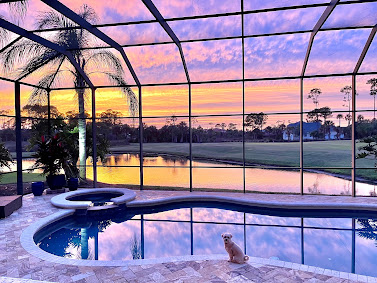 Hurricane Ian was the story of our past week and a half. This hurricane season was absolutely quiet up until last week. We didn't have a single hurricane in the gulf or up our East coast all year. Ian crept up through Cuba and originally was expected to go up the west coast of Florida in to the panhandle, but as it progressed the models changed and showed it crossing Florida right over us. The hurricane quickly strengthened to a category four storm and eventually made landfall south of Tampa, bringing serious winds and a devastating storm surge. The extent of the damage isn't clear yet, but we know it was really bad for those areas. The storm crossed the state, over Orlando and up through Daytona Beach, before heading our way.
Ian ended up passing about 80 miles off the coast of Jacksonville on Thursday night, early Friday morning. We were spared the major winds and the worst of the storm surge, but we did get a lot of rain and the tides were extra high from the winds pushing all the water against the coast. On Thursday, the water around our house was worrying us and I spent a bit of time with Connor putting out all our sandbags. Thankfully they weren't needed. The water in the street got almost knee deep at the intersection and the water in our pond came close, but didn't get in the pool, garage, or house. I went out a couple times to check on things and Andrea told me to wear my bike helmet and I thought it was a good idea since there were lots of branches falling off the trees. Millie and Paige came with me and enjoyed running around outside in the rain.
The kids were out of school Wednesday through Friday and had a lot of time to relax at the house while it rained and we waited on the storm to pass. On Friday morning I went with Millie Mae to the beach to see if anything interesting had washed ashore, or if there were any signs of the storm. The dunes were fairly washed out, but the beach was otherwise pretty boring, especially since the tide was in and the walkable area was narrow. 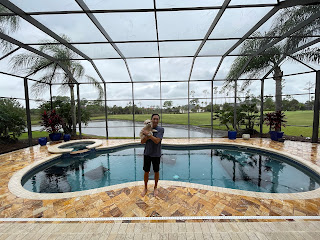 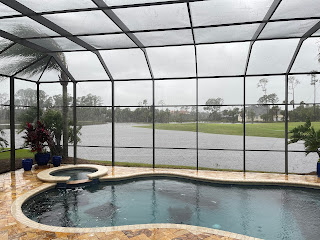 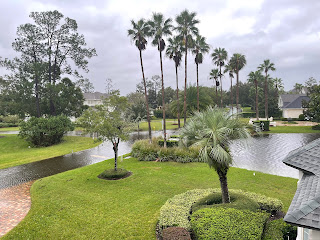 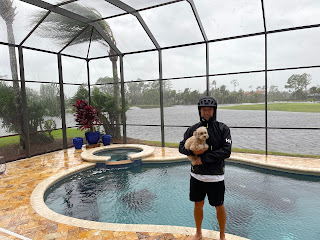 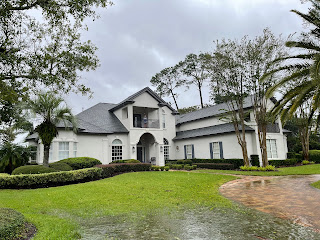 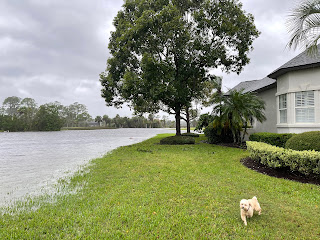 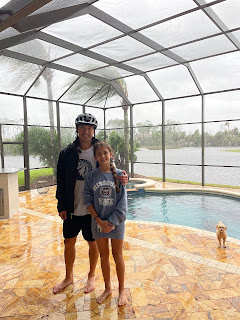 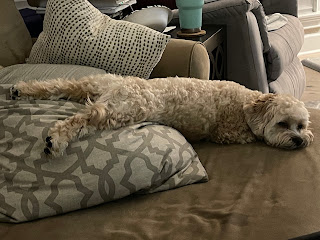 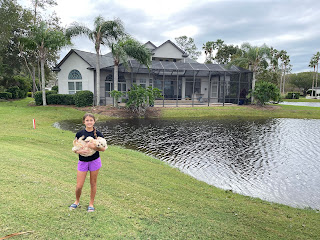 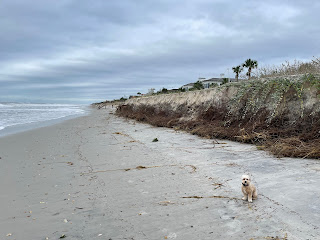