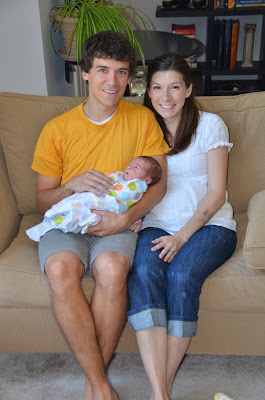 Today we went over to Scott and Lindsay's place to meet their new little man, Lucas. He is one of the cutest little babies we've seen. We were especially partial to him since we really reminded us of Connor when Connor was a baby.

We all posed with the little guy, but Andrea was the only one to hold him. I've gotten a little nervous about holding other people's babies again. Just too scared I'll drop them or break them. It's been a while since Paige was so little. 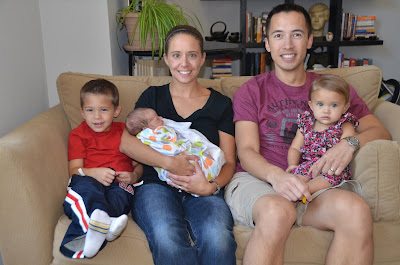 The girls checking out the new baby. 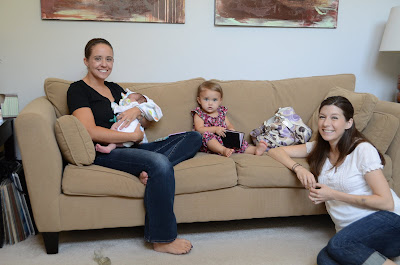 Connor enjoyed playing with Mr. Scott. They did dramatic ball throwing and catching with a lot of falling down, slow motion replays and sound effects. When we left, I asked Connor if he thought Scott was nice and Connor said: "Yes, he was very nice. Number one nice guy!"

Scott's going to be a great dad! 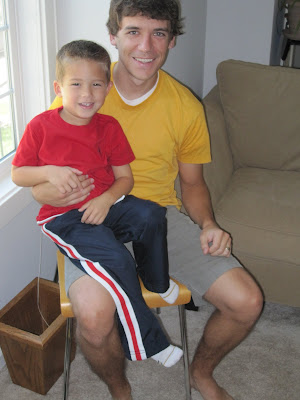