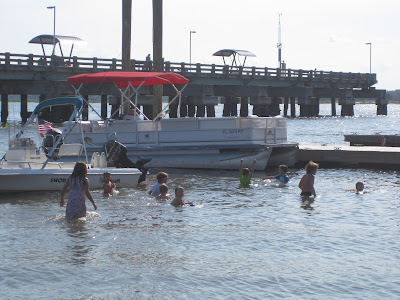 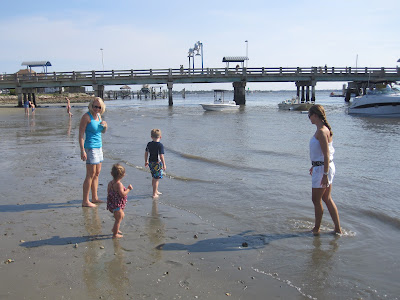 Paige found a cute chair to sit in, but she wasn't in the mood for a picture. 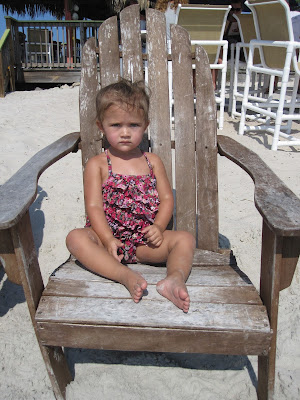 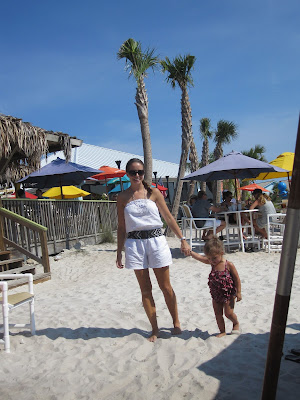 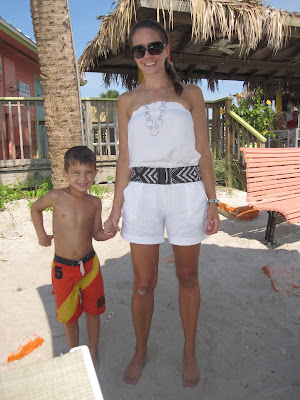 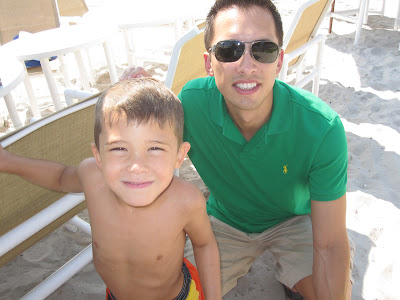 After we ate, everyone went over to Vilano beach for some fun in the ocean. The waves were bigger than at the other beaches we've been to and Connor had a great time jumping in them. He played quite a bit with Colton, who's the same age and also started Kindergarten this year. 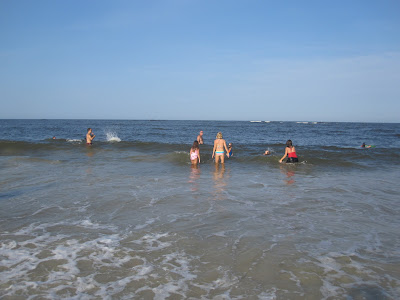 At the end of the day he got cold and had to snuggle with Mommy. 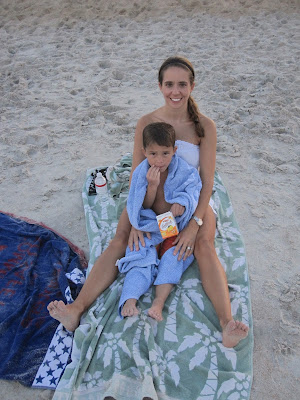 Paige played in the sand with Clara's kids most of the time. Danny and Sophia were very good with her and Paige had fun digging in the sand and chasing a ball around the beach. 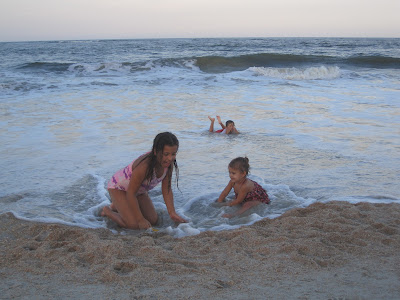 Paige liked jumping in the sand with Danny and Sophia.

It was a great time, although it was a bit of a sandy mess when we left! 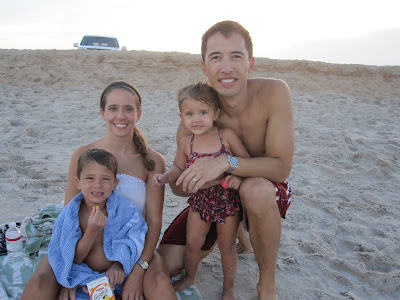