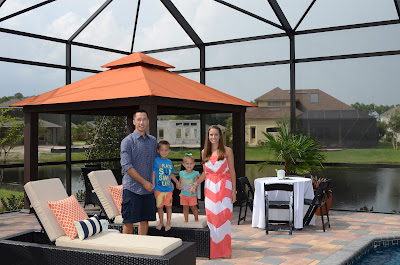 On Saturday we had our big pool party! Andrea had been planning this party since before we even moved in to our house, it was an exciting day. The weather has been kind of terrible lately and almost every afternoon there have been some pretty major downpours. We watched the weather all week and were really worried it'd ruin the party.

We invited a bunch of neighbors and friends over and had a great turn out. There were around 70 people that showed up and a lot of children too. We had considered hiring a lifeguard at one point and in retrospect, it would have been a great idea. There were at least 4-6 rescues of children during the party. Heather, our neighbor, jumped in to the deep end fully clothed and with her iPhone to save one of the little boys. I stayed close at hand around the pool to keep an eye on things, but there were so many kids and so much going on it was tough to really keep track of everything.

I had plans to take pictures during the party, but was preoccupied with hosting and worrying about children drowning so I never got around to it. Thankfully Grandpa and Grandma Vernon took some pictures while they were there (they had to leave early to meet up with their moving company at their new house), or we probably wouldn't have any pictures at all. 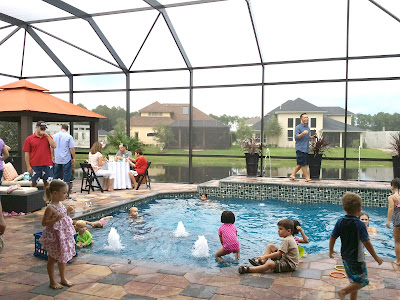 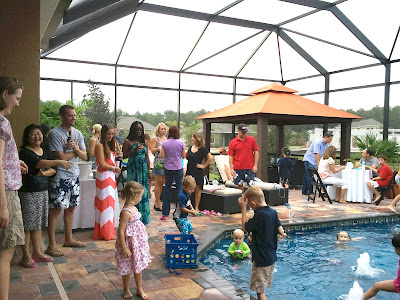 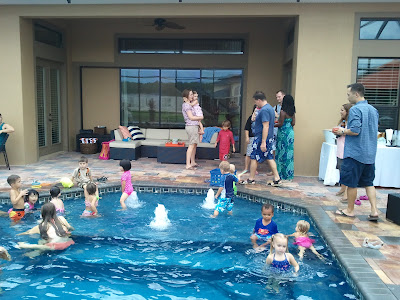 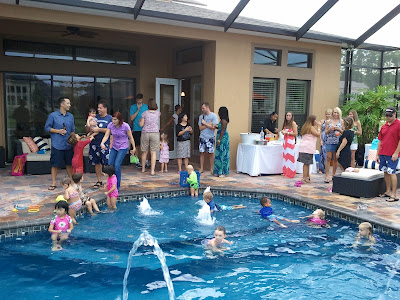 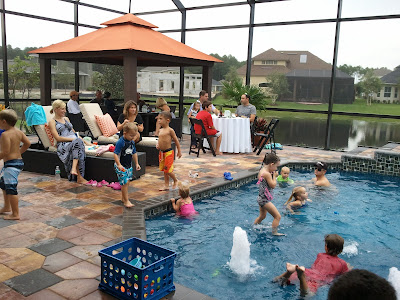 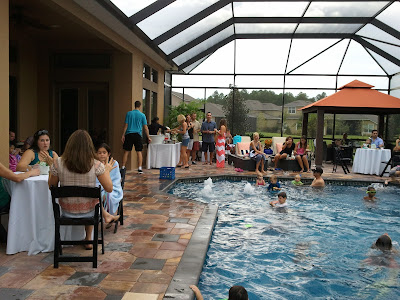 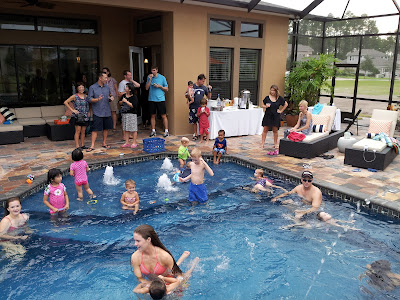 Grandpa took this quick video at the beginning of the party.


Andrea went through a lot of considerations on food for the party. We thought about ordering pizza, or doing some food ourselves, but wanted it to be yummy and nice. We ended up going with Heirlooms catering and were very pleased with how it all turned out. They made gourmet macaroni, grilled veggies, salsa bar, guacamole, mini CAB burgers, avocado summer rolls, mini rockin' chicken tacos, Oreo truffles, empinadas, and brownies. They also served the food and drinks: pineapple-strawberry rum runners and cranberry-orange martinis along with beer outside. Everyone I talked to said the food was great, and I thought it was too. 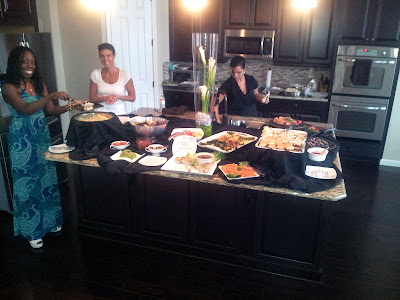 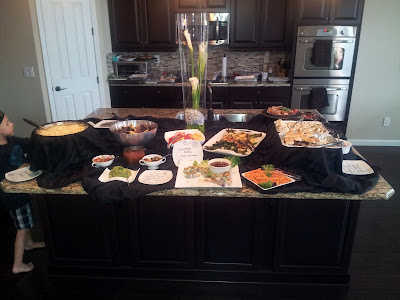 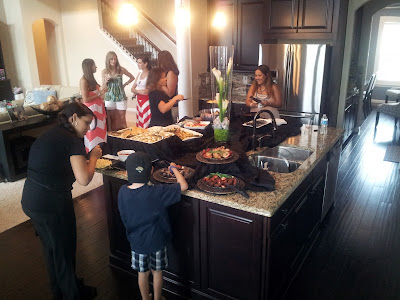 Finally, a couple pictures of my beautiful wife, who put it all together. Great job Andrea! 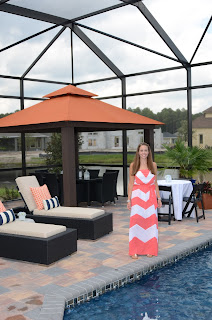 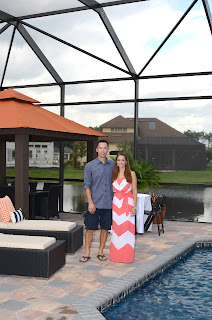 It was a wonderful party. Wish we could have stayed longer. The people all seemed to be having a great time, and the food and drink were terrific. Good time.
GPV