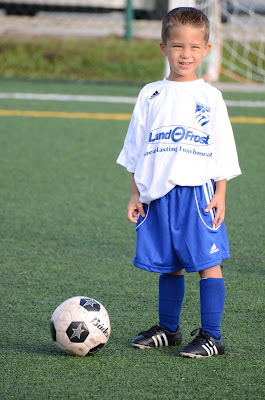 Saturday was the first game of the new season for the Giant Alligators! It was neat to get their old team back together. All the same kids are on the team except Corey, who is replaced by a new boy named Evan. Their practice last week was canceled due to rain so the kids had one practice, on Tuesday, and then their game on Saturday. 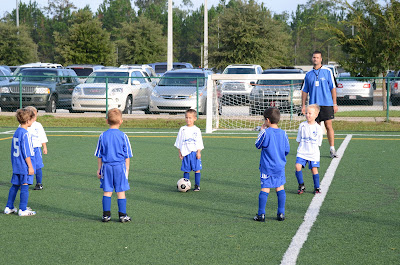 All the boys looked energized and ready to play. Connor ran really well and wasn't hesitant about getting in the middle of the action. He was pretty sure he scored six goals, but we counted three or four. I got a few of them on video and some of his good defensive plays too, but not everything.


Grandma Alice came with us to the game. 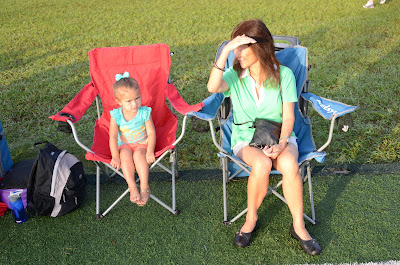 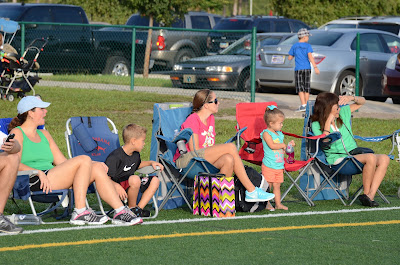 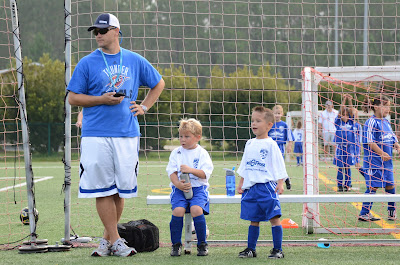 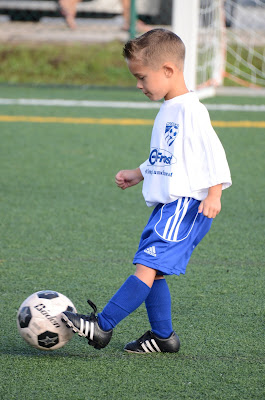