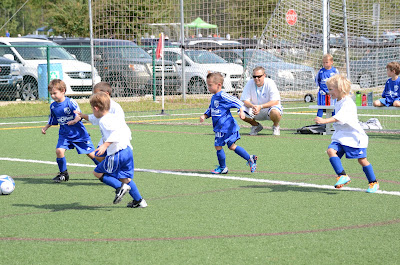 Saturday was Connor's 4th game of the new season with the Giant Alligators, but really only the third one he's played in since we missed last week when we went to Disney. It was a hot day and Connor didn't have his best game but still did very well. He scored two goals, one of them was apparently very good and he controlled the ball down the field around defenders and made a great shot. Unfortunately I'd taken a phone call during that play, so no video.

Here's the only one I got on video. 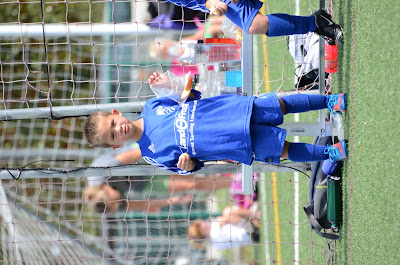 Sissy loves watching Connor play, but typically is pretty oblivious of the action. Not this week, the action came right to her.

Ouch Sissy! She didn't even cry, I don't think she even knew what hit her. 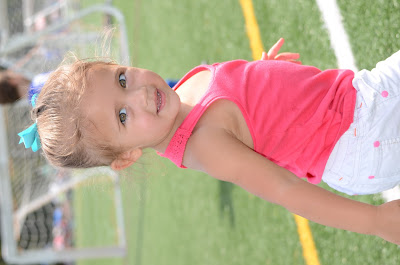