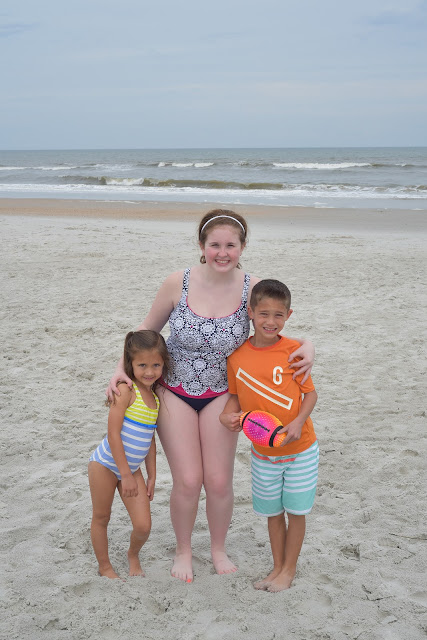 Allison flew in from KC on Thursday for a short visit over Spring Break. We've all been enjoying her company and the kids have really loved having her around. She's been staying in one of their rooms every night, and since both kids want to be around her, they all end up crashing in the same room. I snapped a pic of them all sleeping in Connor's room the other night. 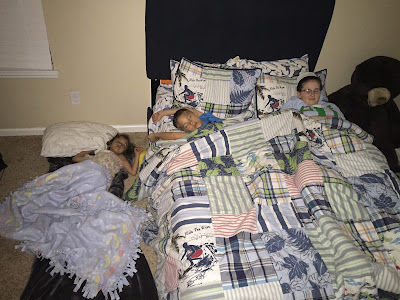 We've been trying to do the things Alli wants to do, and went shopping for some Easter goodies. 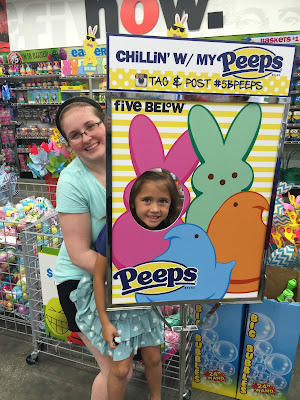 The kids all got to pick out some goodies, and Connor was disappointed he couldn't find anything he was interested in. I went through some of the board games and noticed an NFL board game you play with dice. I've played through it four times with Connor now and he thinks it's awesome. He got upset the one time I beat him, but he loves picking out the teams, setting it all up, and keeping score. He tried to explain it all to the girls this morning and it was fun watching him be the referee. 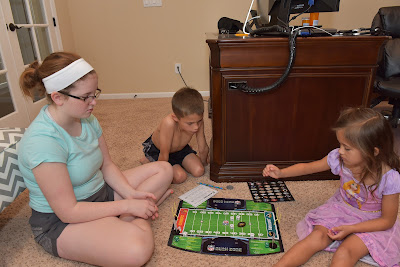 On Saturday, we had our inspection for our house, so the girls went to do some shopping with Alli while Connor and I stayed home. After the inspectors finished up, we met the girls at the beach club and although it was supposed to rain we decided to try and enjoy the beach while we could. We were pleasantly surprised that it never did rain the entire time we were there. 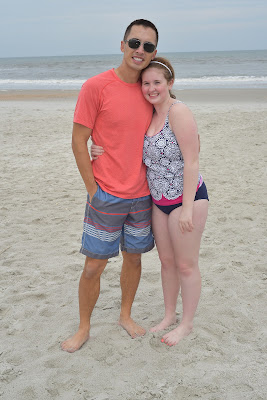 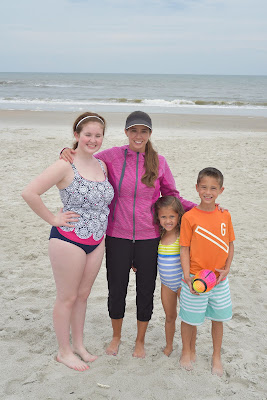 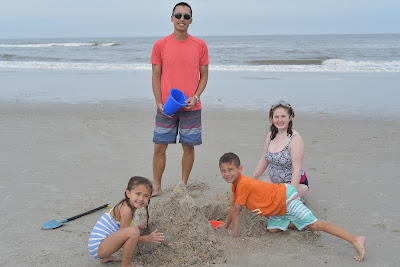 The kids played in the cold ocean water as long as they could stand it and then we swam in the heated pool for a while. 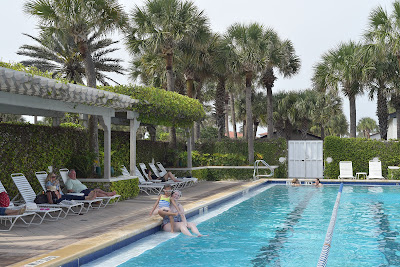 There were lots of kids on the slide, but Paige and Alli both went down once. 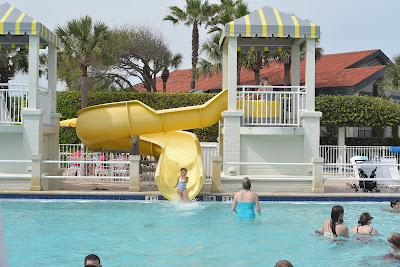 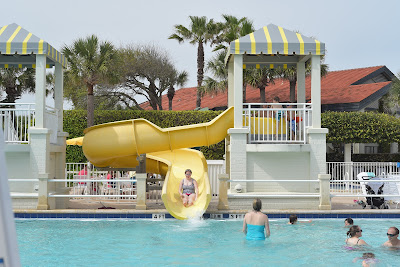 Afterwards we ate at Barbara Jeans and of course had to get a pic together. 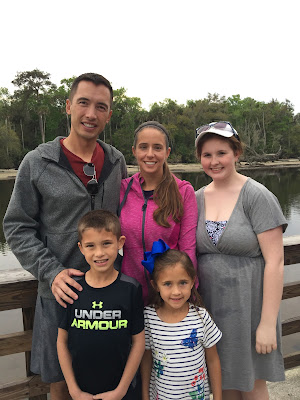 Paige got some water in her ear and it was really bothering her. Alli held her and loved on her for a while though, which definitely helped. 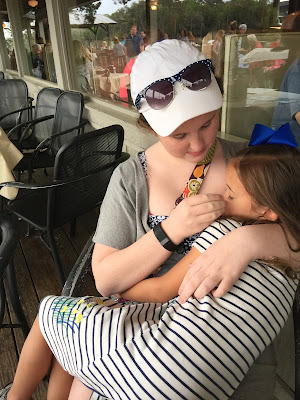 Alli is here through Tuesday and we still have a few days to enjoy her company.
Posted by Shawn Vernon at 4:30 PM