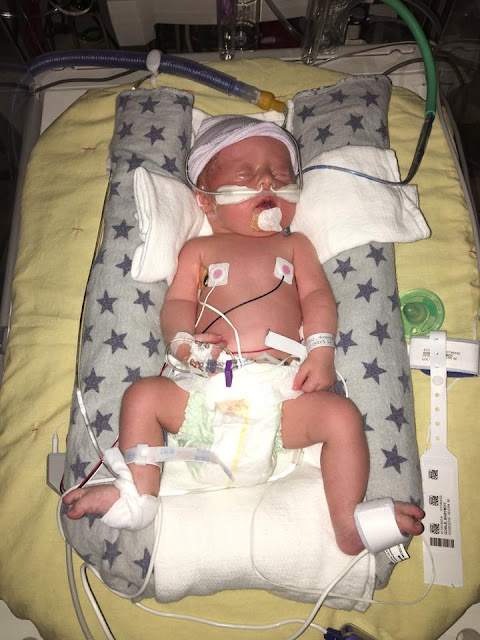 On March 25th, Good Friday, early in the morning, Amanda gave birth to baby Griffin.  His official birth time was 12:13 am, and at the time of his birth he weighed 5 pounds 13 ounces.

Partway through the pregnancy, Griffin was diagnosed with Duodenal atresia, which is frequently linked with Down Syndrome. A few other tests had been done, but it wasn't clear whether or not he had Down Syndrome until he was born. Griffin was moved to the NICU after birth and on Saturday he had surgery to correct the Duodenal atresia. So far, he's been recovering well. I think Alli has been disappointed she wasn't in KC to be there for the birth of her cousin, but we've all been thankful we have Facetime on our phones and we've been talking to everyone quite a bit to get updates and to virtually visit with Griffin in the NICU. 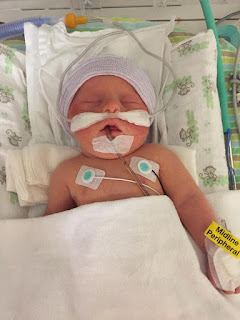 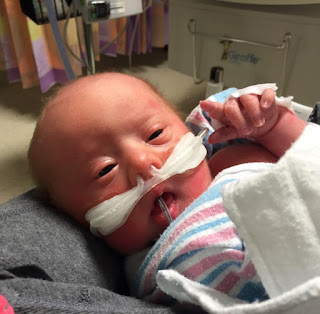 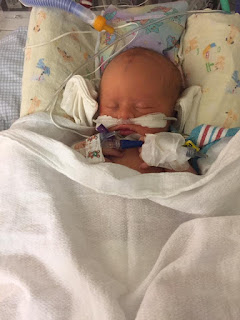 Today, at lunch, the kids got to see Griffin on Facetime for the first time. 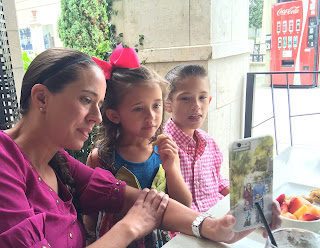 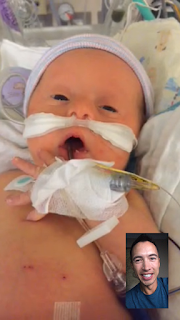 He certainly is a cute little guy, and we hope he recovers well from surgery and they can take him home and hold him soon too. We're looking forwards to meeting our new nephew/cousin soon!
Posted by Shawn Vernon at 5:45 PM