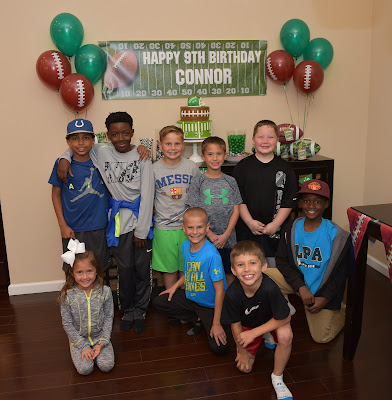 On Friday afternoon, we celebrated Connor's 9th birthday with a football party. Connor has still been in to football, even a month after the Superbowl. Andrea ordered lots of football decorations, a Happy Birthday Connor football banner, and a cute football themed cake too. The cake was supposed to have a big yellow upright on it, but it broke when the cake designer tried to poke it in after she delivered it. The cake was still cute, but should have been a little cuter. Andrea also found some footballs that we used as party decorations and which were also perfect party favors for the boys.

Before the party started, we got a few pictures of Connor with everything. 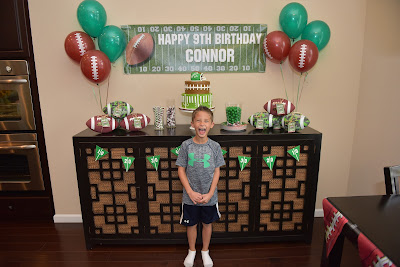 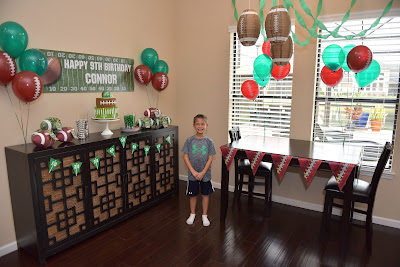 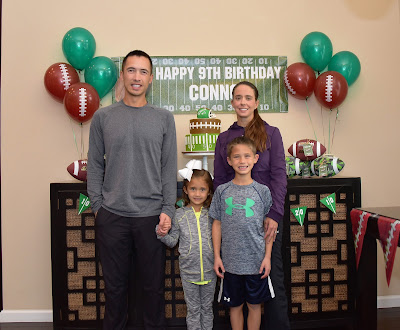 The party was supposed to start at 4:30, but it took a while for everyone to show up at the neighborhood park. A few parents had actually forgotten, but thankfully Andrea reminded them and they were able to make it. As they arrived, we played a football drive game. I would typically pick one boy and have him choose two other boys to play on offense with him.  Everyone else had to try and stop them before they went about 20 yards down field. They all wore flags, which we'd gotten for the party, and quite a few of the boys had played flag football so it was competitive and exciting. Most drives they were able to score in 4 downs, and I tried to spread the ball around evenly. I was really impressed with the athleticism on display. All the boys took it very seriously and went all out on every play. 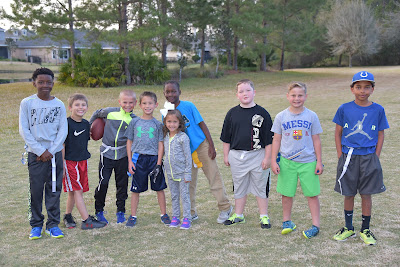 Eventually we did a few skill contests.

First up was a race. They all pushed hard, but Simeon was just too fast to catch.


Next, they each took a turn trying for the longest punt and longest place kick. 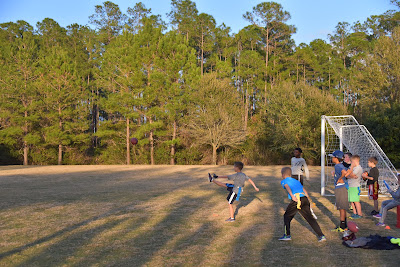 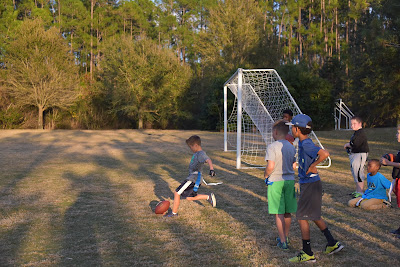 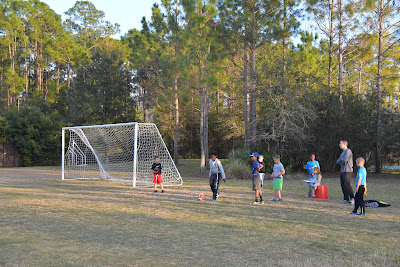 The last game was a passing accuracy game. I set up a big red bucket and each boy had four balls and tried to make at least one. The first spot was fairly close, the second spot was fairly difficult, and the last spot was almost impossible. The last spot was about 20 yards away, and most boys couldn't even throw that far. I was starting to think nobody would make it and then Lomax did a nice straight throw that landed about two yards short. He collapsed on the ground in defeat, just as the ball bounced and went in. It was a pretty exciting and memorable moment. 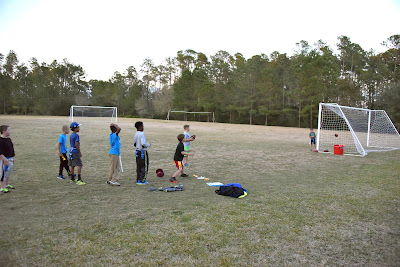 Andrea and Paige left a little early to pick up pizzas and I drove all the boys back to the house after the football was done. 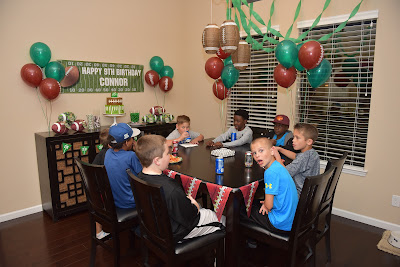 Everyone was ready for some cake, and I snapped a few pics of it before we sliced it up. 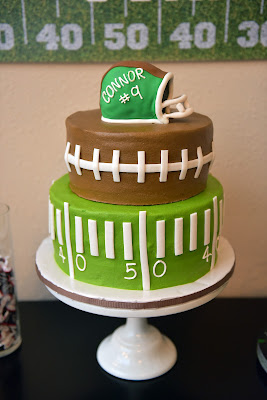 Connor had a lot of fun and I think the party was a success. We love our little man so much and I'm glad we were able to make his party a fun one doing what he likes best. 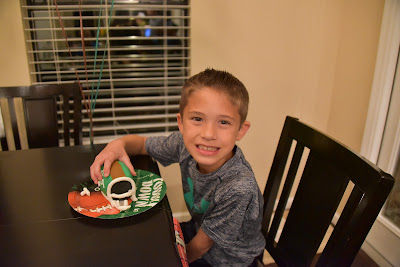