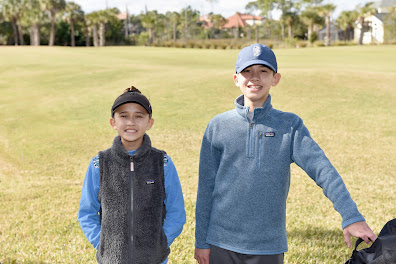 This past Monday, the kids started a three day golf camp at PVIC during their winter break. Andrea and I were planning to get them golf clubs for Christmas and decided that since they already knew how Santa "works", we would give them the golf clubs early so they could use them for camp and get used to using them. On Sunday, the 20th, we had them cover their eyes and then we surprised them with their new clubs. 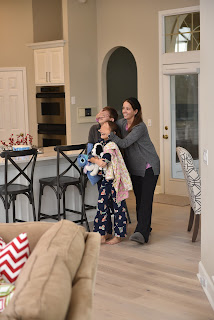 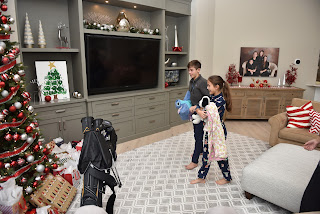 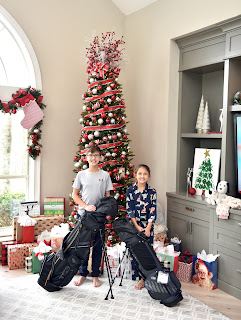 The kids were pretty happy to have their own clubs and we told them that the clubs were their "big" gift for Christmas this year and that we let them have the clubs early because of camp. I don't think they were actually super excited to have clubs as their big gift, but they were sweet about it and smiled nicely for the pics. 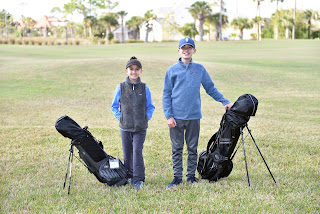 On Monday, Andrea dropped the kids off for camp and snapped a few pics of them together with their friends. The camp was from 2-4, Monday through Wednesday, and they enjoyed it more than I expected. The new driving range is open and they also have access to a practice area, so it's a bit more of a camp-friendly configuration than they had during summer when the course was under construction/renovation. 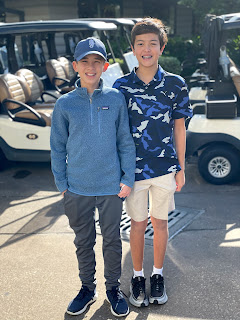 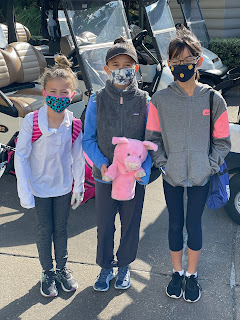 Wow, golfers too. The kiddos will be so sports talented, not to mention smart in so many other ways. We'll have to play a round some day. I still have my clubs. Better do it before they get too good - they won't want to play with silly Grandpa... ;-)