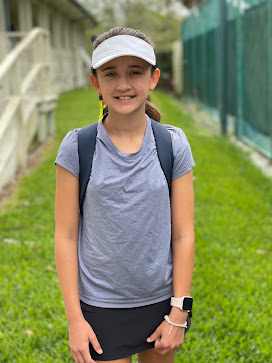 This morning, Paige played in a Level 7 tennis tournament in our neighborhood. There were quite a few girls in her age range signed up and it was great competition for her. She won 3 out of the 4 matches she played and the one she lost was super close and tied at 3-3 in the end, she nearly won it. The Gobles came out to cheer Paige on and actually Paige spent the night at their house last night so thankfully they were right on time for her match. We are proud of Paige's effort and her determination in the tournament, she came back when she was down in a few games and you could tell she was trying hard to win.
The gnats were eating us alive, but otherwise it was a perfect day for tennis. It was cool and the air was calm for the first time in a week, it's been super windy lately. I took a couple videos of Paige playing against a seven year old that gave her quite a run for her money. Paige ended up beating her, but they had some of the best points of the day and were both swinging away and hitting well. 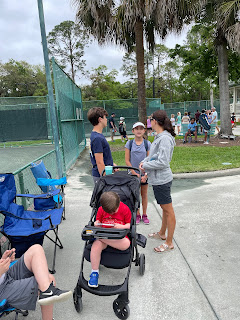 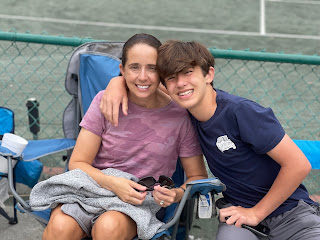 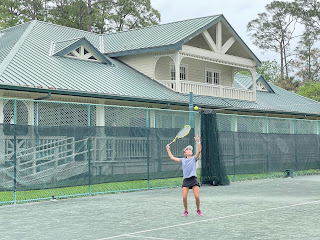 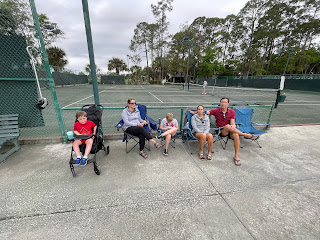 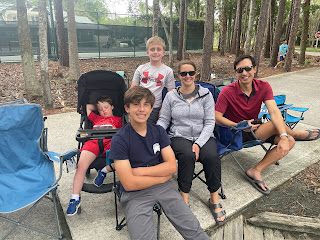 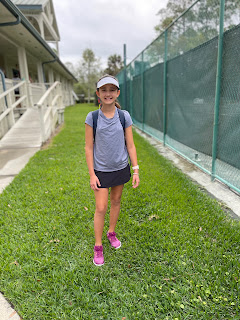 Connor volunteered at the tournament in the morning and I drove with him in the golf cart so he could assist with the little kids during their matches. He said it was pretty easy and nobody gave him any attitude or any problems which is great. It's a good way for Connor to get the service hours that he needs in high school and he's able to practice leadership and use the knowledge and skills with tennis that he's developed over the years. After Paige's group started we told him he could actually walk home if he wanted, but he wanted to stay and cheer on Paige. Even with the bugs eating us up he sat with us and watched all of her matches. 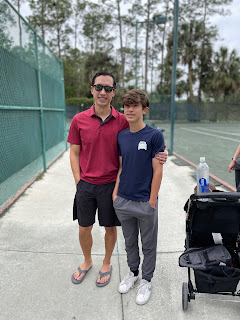 Connor and Graydon had fun roughhousing a few times between matches when nobody was around to witness the violence.