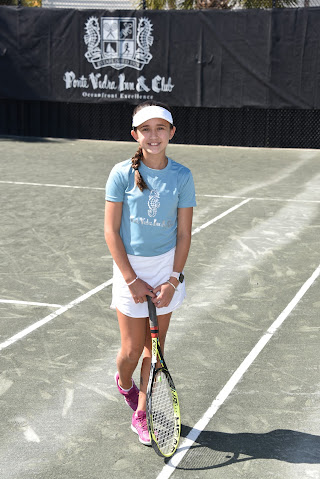 On Friday, April 8th 2022, Paige had her first matches of the Junior Team tennis season at the club. Andrea had not wanted to deal with it, but the other mom's begged her to be team mom and in the end, Andrea relented and took on the responsibility. Andrea did a great job organizing the team for the first match, making introductions, explaining the scoring and the match format, and assigning everyone to their courts. She's an expert now at making everything run smoothly. 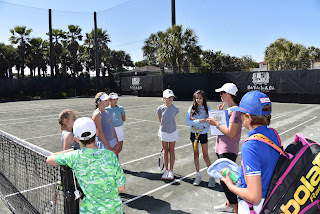 Paige had to play a very strong boy that is a bit older and bigger than her for singles, and then the same boy and his brother for doubles. Paige played fairly well, but was a bit timid at times and played with a defensive approach. She lost the singles match 1-4, 2-4 and she and Zoey were defeated 0-8 in doubles. 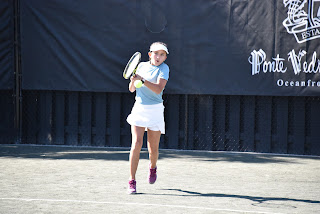 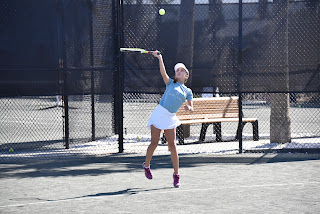 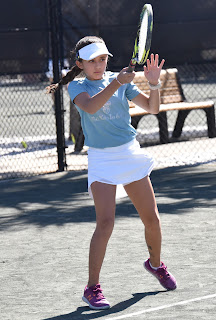 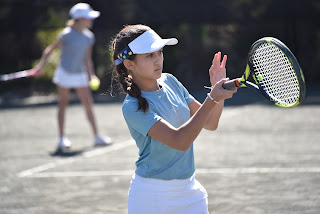 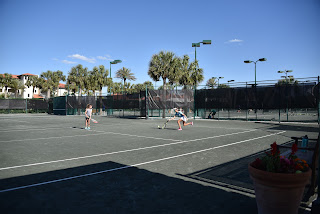