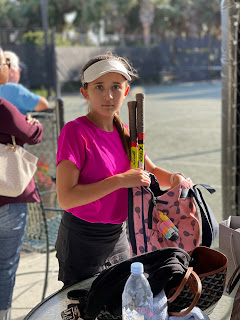 On Friday Paige had a junior team tennis match at our tennis club. Paige played line one singles and played a boy that was pretty tall and intimidating. She trailed for a while in the first set, but won it 4-3 and then won the second set 4-1. She did an awesome job hustling and choosing when to hit hard vs when to be more conservative and defensive. Her opponent got frustrated and overhit quite a bit and Paige took advantage of his impatience.

Paige played doubles with Abby and had fun with her, although the didn't win and lost 2-8. I was a little surprised the score didn't reflect how competitive the match really was. 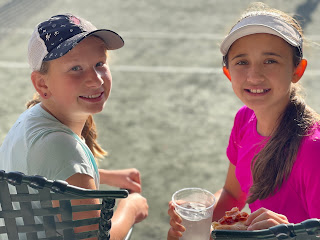