Connor's done a good job adjusting to being down in Florida. It is definitely more difficult for him than it is for Paige. He's a shy guy and we can tell he's been a little apprehensive and anxious about the new surroundings and new school. Outwardly, the only real telltale sign that he's nervous is a bad habit of chewing on his shirtsleeve or collar. Overall, he's adjusted well and has gone in with a great attitude.

We knew he'd be happy once the truck arrived with our things and we surprised him by having his room all set up when he got home from school. He always loves to tell us to close our eyes when he shows us something so we can have a big reveal, so we did that with him. We had his furniture all put together as well as all his toys and action figures on his train table. 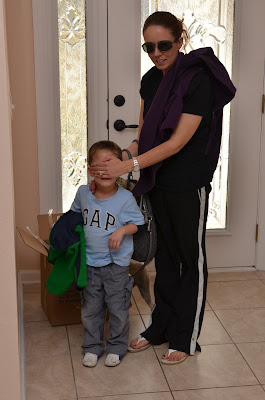 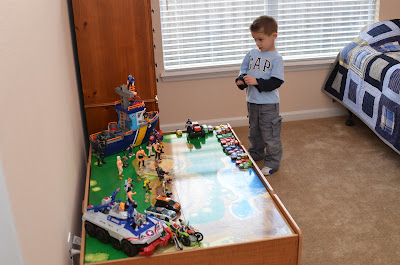 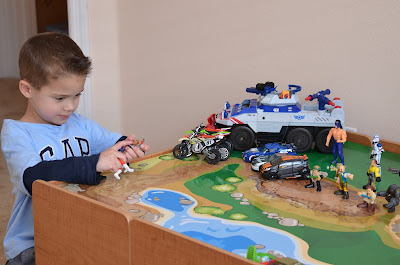 He's been doing well working on the iPad and most nights we give him some time to fiddle around on Netflix. He's good at finding the shows he wants and switching between episodes. Sometimes if the internet's not running fast, he'll get impatient and will repeatedly touch the iPad like crazy, but usually he's pretty patient with it and he's learned so much with it. 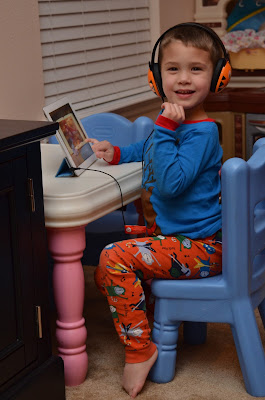 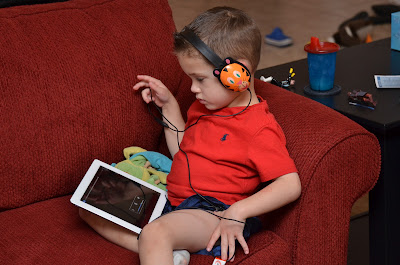 I also took a couple pictures outside with him in front of the house and also next to my favorite Florida plant. 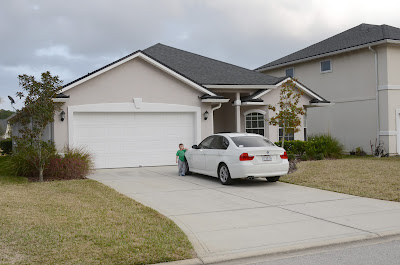 I have no idea what the plant is called, but I intend to find out and have a big one at our new house once it's built. 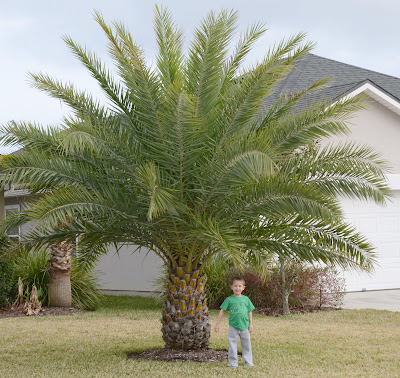