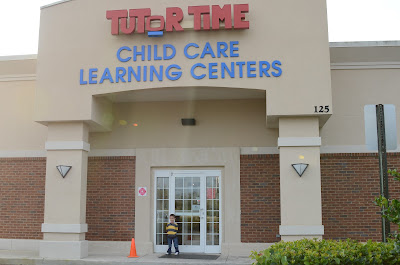 Connor's been going to his new school now for a couple weeks and it's been a big adjustment that's gone pretty well. We had been talking about it for a while and on his last day of school in Kansas City he had said goodbye to his Kansas City classmates and teachers and was excited to start his new school in Florida. He's a shy little guy, but he had a good attitude about having new classmates and was planning on making new friends. On the first day, he went right in and he's been doing great. There was one day that he got a little teary eyed at school and one of the teachers spent a little time giving him extra hugs. For the other days he's marched right in and has played with other kids and has excelled in the activities we've put him in.


The school offers the typical "VPK" which is a voluntary per-kindergarten curriculum and we also have signed him up for some other classes that sounded like fun. He likes the cooking class (they made cookies), the soccer class, computer class and "play ball" which is a sports based play class. The soccer teacher and "play ball" teachers both raved about his ball skills. He even has Spanish class and can count in Spanish now up to 10. It's very impressive!

I took a quick picture and video of Connor doing his counting in Spanish. Some days he does better than others. He wasn't really in to it today and once he gets past the numbers he can remember for sure he just starts saying gibberish. It's pretty cute. Of course, it wouldn't be a representative video of life in our house if you didn't hear baby sister hooting in the background. That's constant background noise around here. 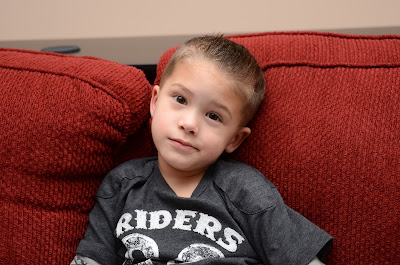 I talked to him quite a bit about the school and one day he decided to be silly with me and told me that the teachers at his school are zombies and they try to bite him. Now, when we talk about his school we will sometimes refer to it as the Zombie School.

I snapped a quick picture of him yesterday while Mommy was fixing his hair. He's got to look sharp every day! 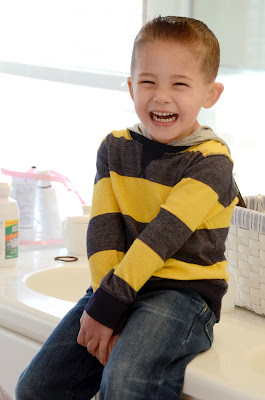 We also took a quick picture with his teacher Ms Ellie before school started. She's a nice looking zombie, right? Hopefully she doesn't bite too much! 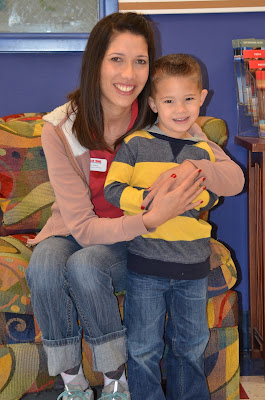