On Tuesday, January 31st, the movers arrived with our truck full of possessions. 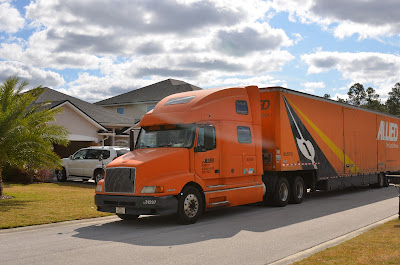 We knew we had a bunch of stuff still, even after getting rid of a lot, however we still couldn't believe how quickly our rental filled up. It was hard since we went from approximately 1900 square feet to about 1600 square feet and also no longer have a third car garage or basement. 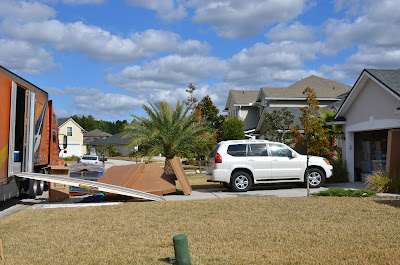 The movers were a little rough at first, bumping walls and not being careful, however Andrea talked to the driver and they straightened up. We were trying to keep one side of the garage clear for a car at first, however eventually gave that up and there were boxes and things everywhere. We spent a couple days going through boxes and unpacking various things. It was probably harder for us since we don't want to unpack everything. We would root through a box and then have to tape it back up as we went. Then, later I'd forget what was in a box we'd already gone through and we'd end up cutting it back open. It was a nightmare trying to find various things and there are still a number of things we're missing. 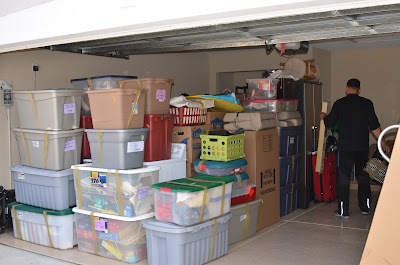 By Thursday we were mostly done unpacking what needed unpacking. The garage door needs some work (the program button is broken and so were a few other parts), so we still don't have everything in the garage sorted and stacked neatly so it can be worked on, but we're pretty much done with the inside of the house.

It's exciting to be done with the crazy logistical piece of the move. After we got done unpacking we tried to start enjoying the weather and all the fun stuff around us.
Posted by Shawn Vernon at 8:37 PM