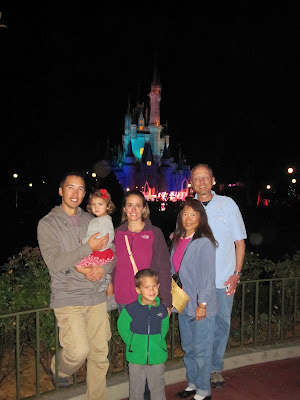 On Sunday night, we went with Grandma and Grandpa to the Magic Kingdom for Mickey's Very Merry Christmas Party. It was a similar event as the Halloween party in that the admission was a separate event that you had to pay for, and Disney only lets a certain amount of people in. For the night we went, probably because it's so far away from Christmas, there were actually still tickets available on the day so it was even more sparsely attended than a normal limited-attendance event.

We drove down to Orlando in the morning, checked in to our hotel, took a nap, and then we went to the park. When we arrived there were quite a few people, however it wasn't extremely busy like it is in the Summer. 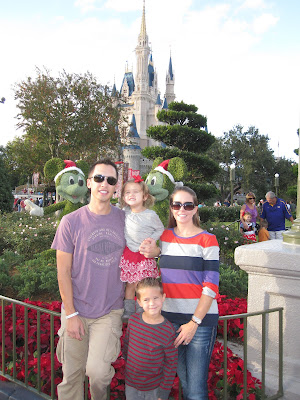 We met up with Grandpa and Grandma in Tomorrowland and then rode the People Mover.

Next, we had to ride the teacup ride. 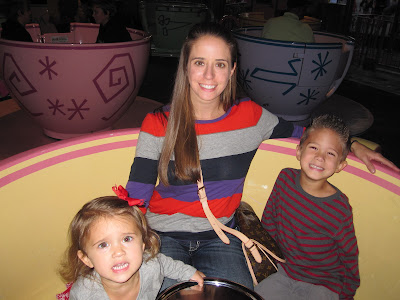 Sissy was in no mood for pics with Daddy. 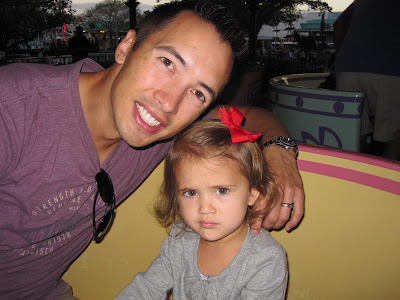 Paige insisted on the Dumbo ride next, we love the double setup they have now. We didn't even have to wait in line! 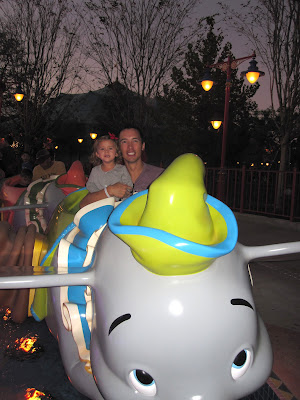 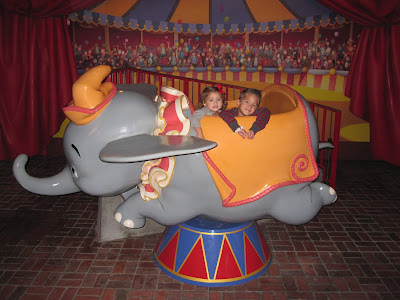 Eventually we wandered over near the new Fantasyland and were surprised to find that the Little Mermaid ride was open! We hadn't realized it would be open that day and I don't think most people in the park knew it either. There was literally no line to get on the ride! We actually rode it twice in a row. 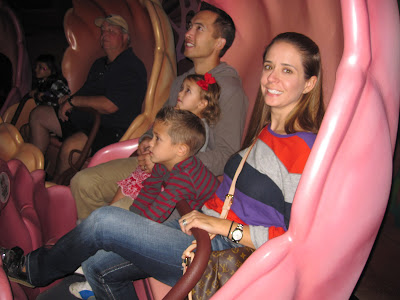 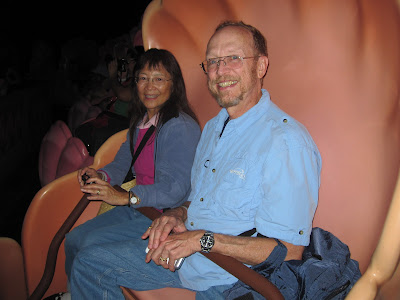 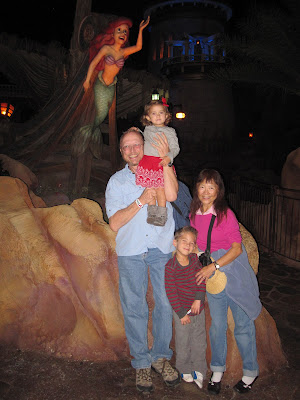 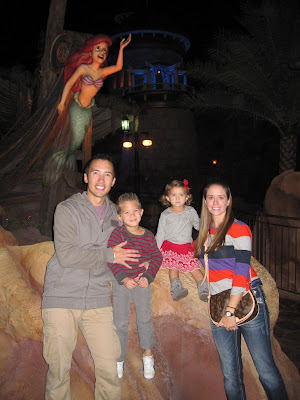 Next to the ride was a photo opportunity with Ariel. Normally, we don't like to wait in lines for pictures, but there were only a couple people ahead of us. Sissy absolutely loved it. She later said it was her favorite part of the whole day. 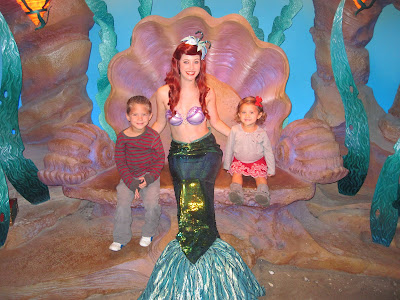 There were multiple places throughout the park that were handing out hot chocolate, cookies, and apples. 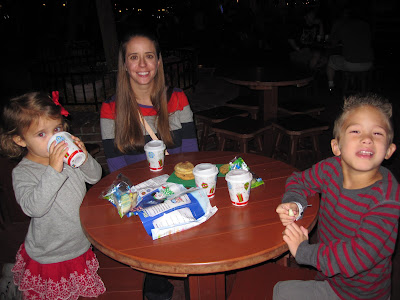 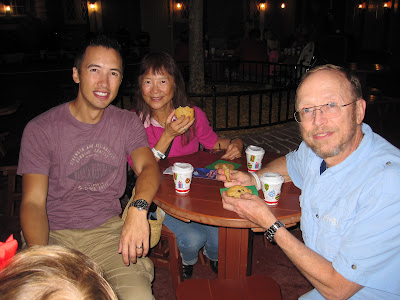 We missed the first parade because we showed up just a few minutes before it started. For the second parade, we grabbed a good spot. I bought a huge turkey leg to eat and Sissy absolutely loved it. She probably enjoyed it more than anything else I've seen her eat. She loved talking about how she was biting it with her "sharp teeth". She was a greasy mess afterwards and smelled like smoked turkey the rest of the day. 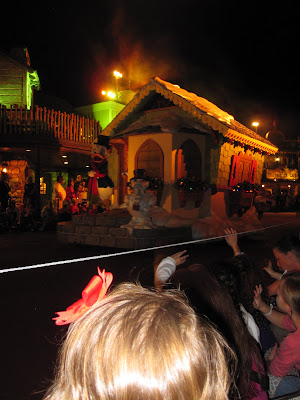 After the parade we went to the Pirates of the Caribbean ride and there were some pirate performers doing a pirate music show. They were very talented and the kids both participated and enjoyed the music. 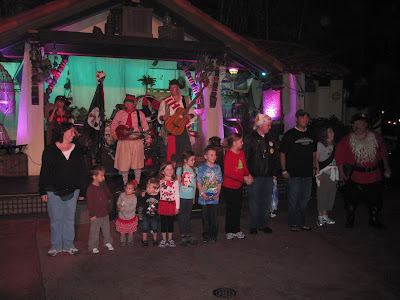 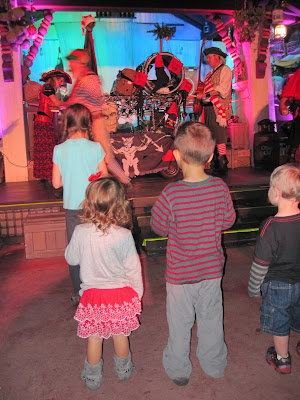 After we rode the Pirates of the Caribbean ride we were done for the night. Both kids fell asleep in the stroller on the way out of the park. Andrea and I both wish we could have slept on the way back to the hotel room too! 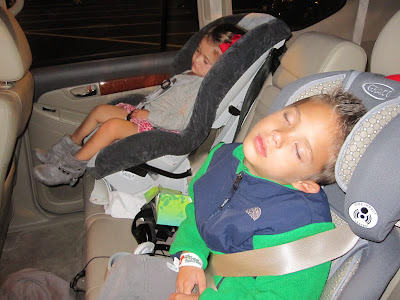 It was probably the most fun we've had at Disney. The weather was cool, the kids were well behaved, the lines were short, the park was not too crowded, it was a perfect night. It was great to be able to share our fun with Grandpa and Grandma too!
Posted by Shawn Vernon at 8:06 PM

We had a great time with you guys and gals. It was nice not having to wait in long lines after 7pm. The parade was fun, the weather cooperated, some of the rides were new, and the turkey leg was probably the best I've had.