There is a landscaping company near us that has transformed part of their property in to a cute event area. For Halloween they had a pumpkin patch, and for Christmas they've got a "Winter Wonderland" set up. We went there with some of our neighbor friends to check it out and it was a lot of fun.

As usual, there were the huge blow up slides, but one of them is supposedly the tallest blow up slide in the country. Connor went on it once and it terrified him thoroughly enough that he wasn't interested in it any more after that. There was a smaller slide that Connor and Paige both went down dozens of times. 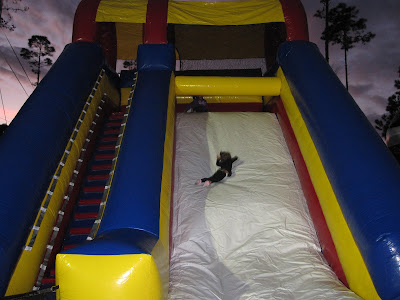 There were all kinds of fun activities and both kids were very entertained while we were there. Santa was there to hear their Christmas wishes and there was no line so it was a perfect time to talk to him. Unfortunately, Connor hadn't really thought about what he wanted. Must be tough to have everything you want. 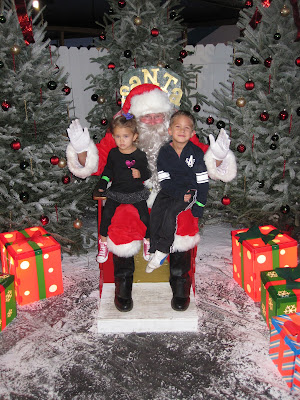 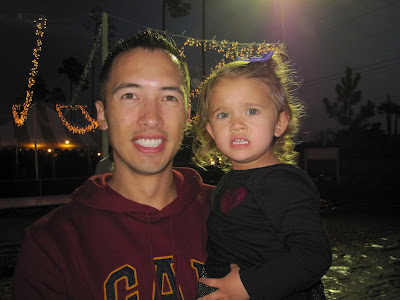 Mommy was surprised at how fast the tube slide was. I captured a cute picture of her with Sissy the moment they emerged at 1000mph out the bottom. 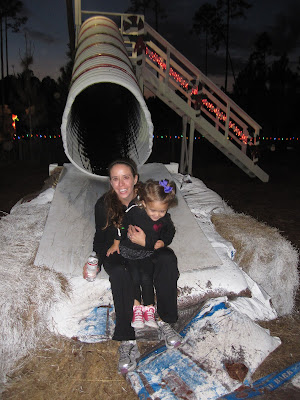 I got a video of Paige and then Connor also going down the slide.


Connor and Colton went in to the "Blizzard Room" a bunch of times. There's a huge blower hooked up to it and it stirs up a bunch of styrofoam bits that spin around in the tiny room. The kids loved it, Colton swallowed some of the styrofoam, Connor thankfully came out mostly intact although we were picking styofoam off him the rest of the night. 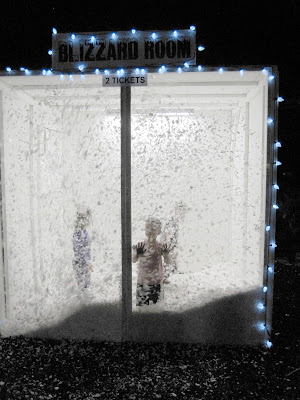