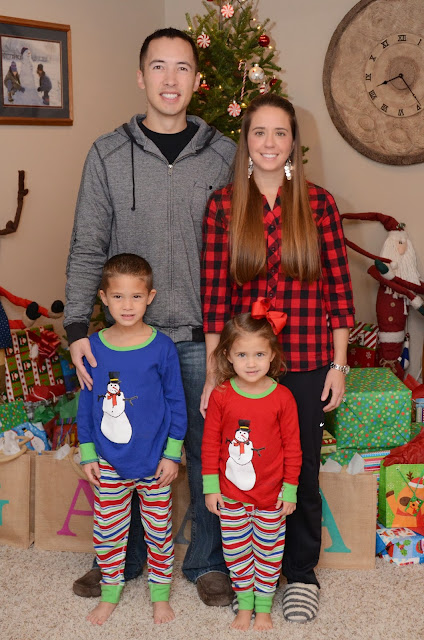 On Christmas day, we woke up at Grandma Genie and Grandpa Garry's house. The kids were excited to open presents, so once everyone came over we got right to it. 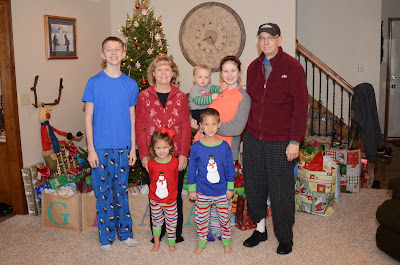 Connor's always loved Drew's "Coonie" raccoon, so Abby and Nate tracked down the exact same stuffed animal for him for Christmas. It was neat to see what Drew's old coon looked like when it was new, he's had it so long it's pretty worn out and flat now. 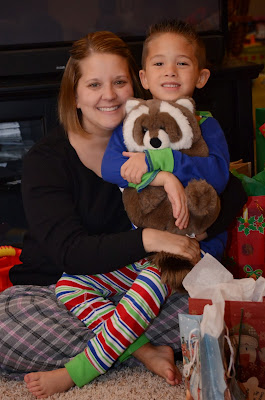 Paige loved opening her presents this year and did a good job being patient and waiting her turn. 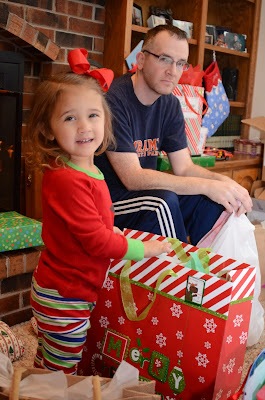 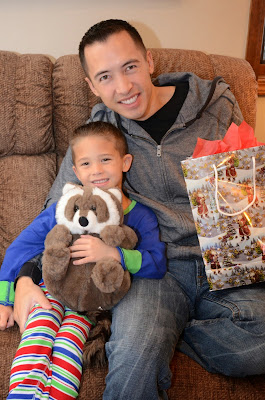 Andrea got the girls some cute bags, gloves and scarves. We snapped some pics of them modeling their gear. 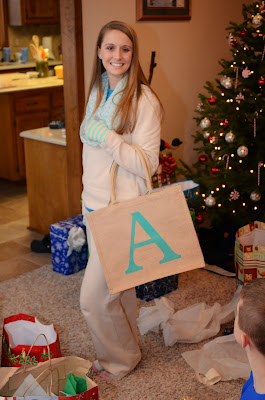 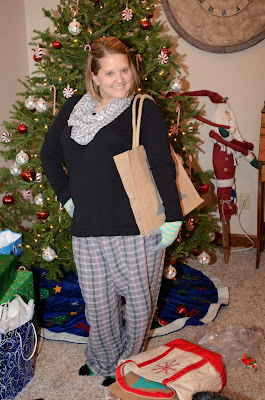 Aunt Abby's the most exciting model for sure. 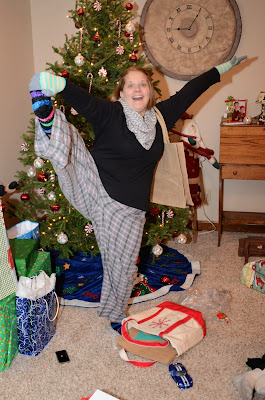 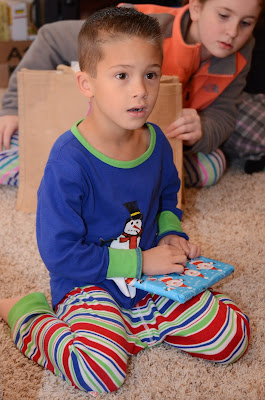 After we were done with presents we went out to the nursing home to spend some time with Buddy and Renie. He's supposed to be released to go home next week on New Year's. We are hopeful that he can go home again soon. 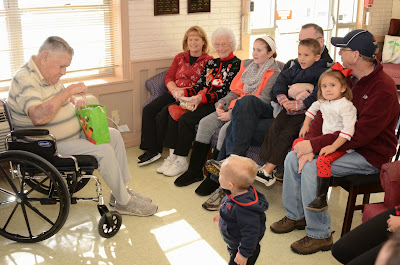 Buddy's never too interested in pictures and unfortunately he hid for this one. 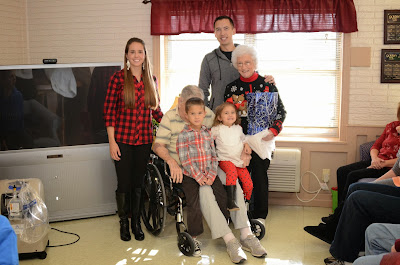 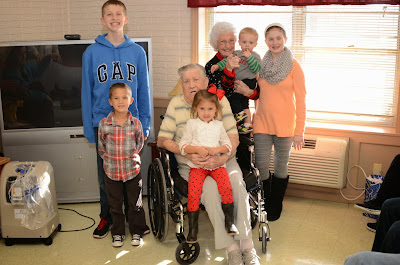 When we got home, we went out to play in the snow. The kids have been wanting to play in the snow since it fell on Saturday. It's been bitterly cold though, so we kept putting it off until it warmed up a little. We're glad we did since it was a perfect day to play on Christmas. It was a little bit warmer than freezing out and the snow was melting slightly so it packed well for snowballs and a snowman. 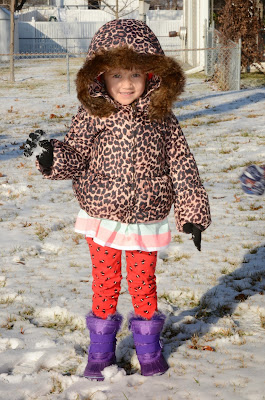 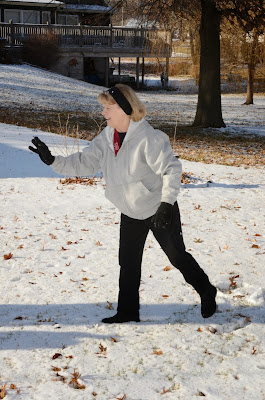 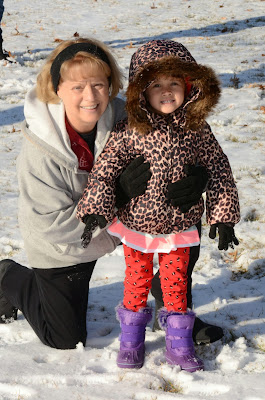 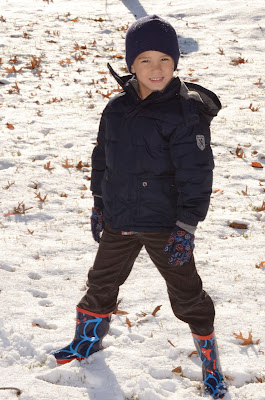 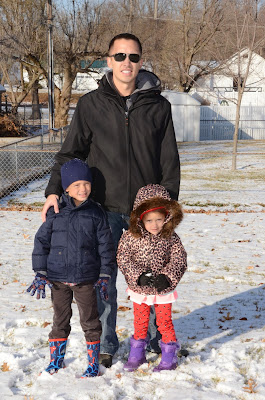 After we threw snowballs for a bit, we started rolling the snow for a snowman. 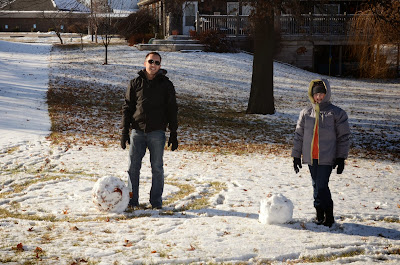 Grandma Genie supplied some grapes for eyes, a carrot for the nose, and homemade hat and scarf too! 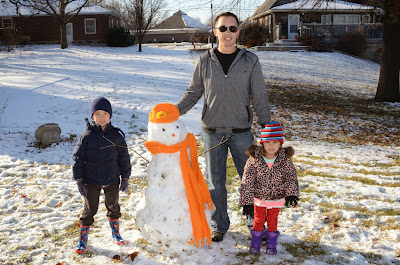 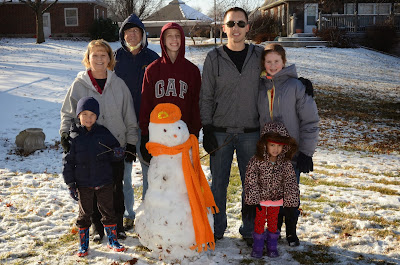 The kids had a blast playing out in the snow, we're glad we were able to enjoy some cold weather fun while we were in town.
Posted by Shawn Vernon at 9:05 AM