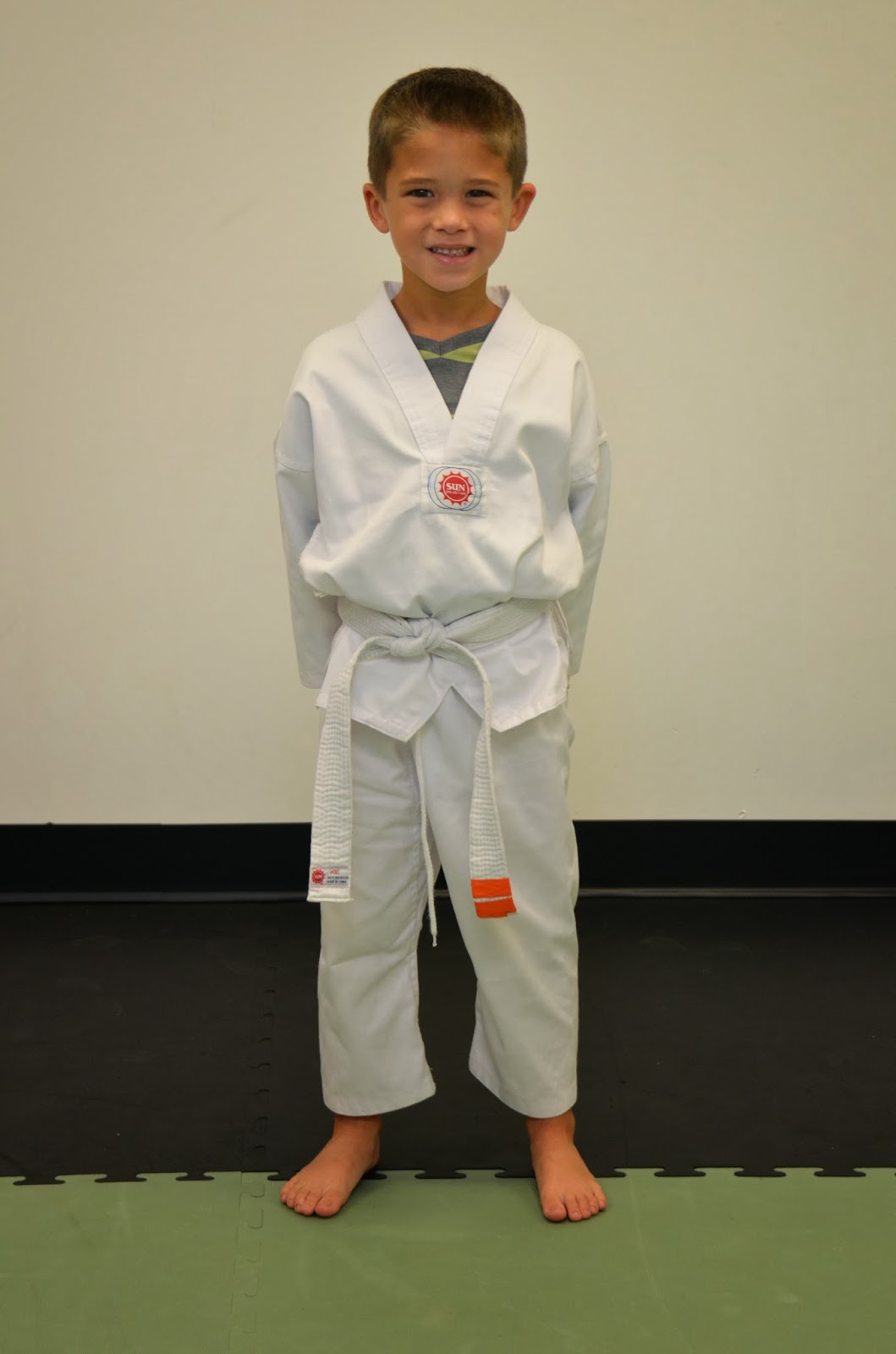 This year Connor's doing karate after school on Thursdays. This Friday was his first test and we've been preparing for it.  For the test he had to demonstrate some skills and then break a board with a sidekick. 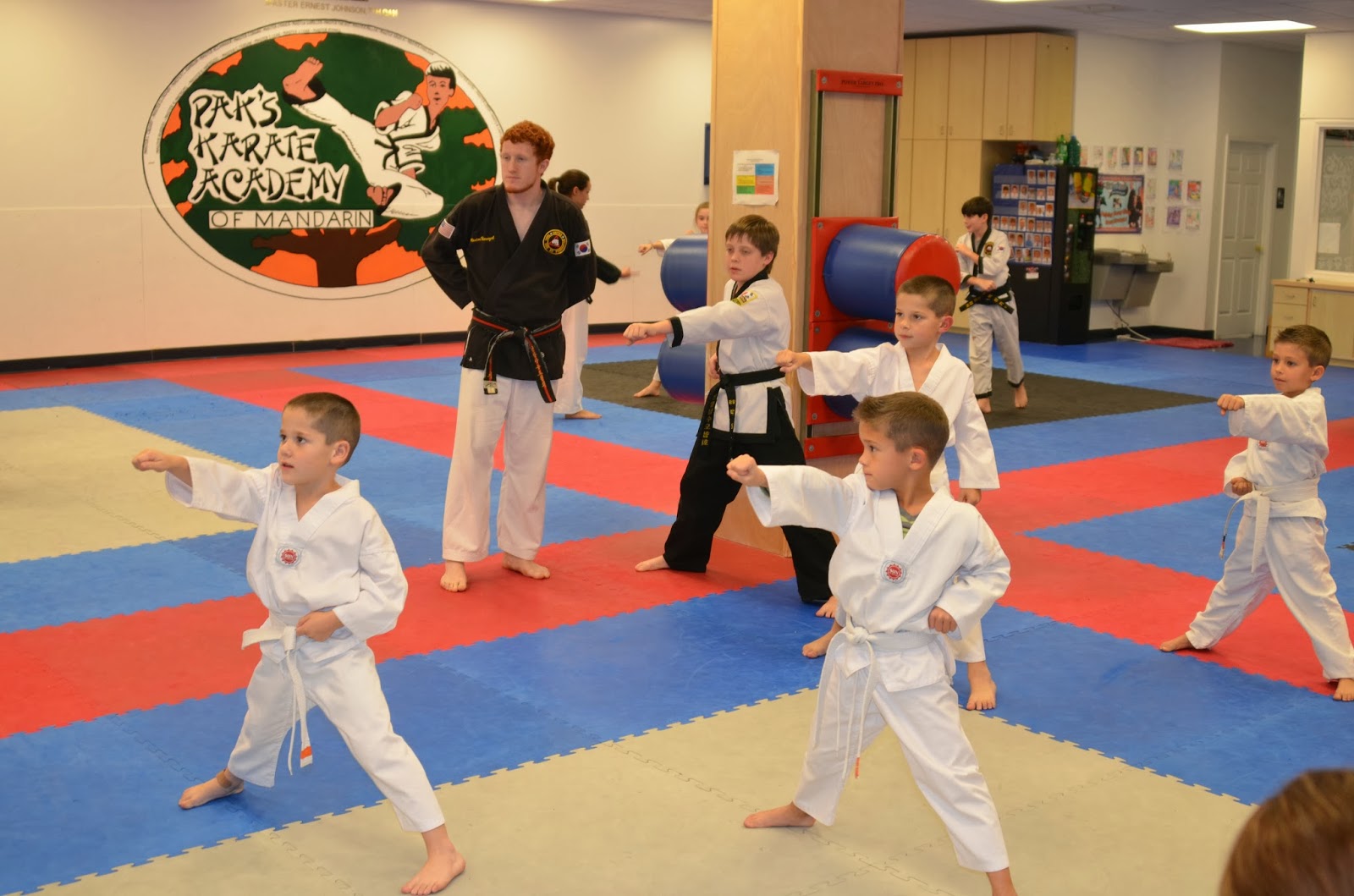 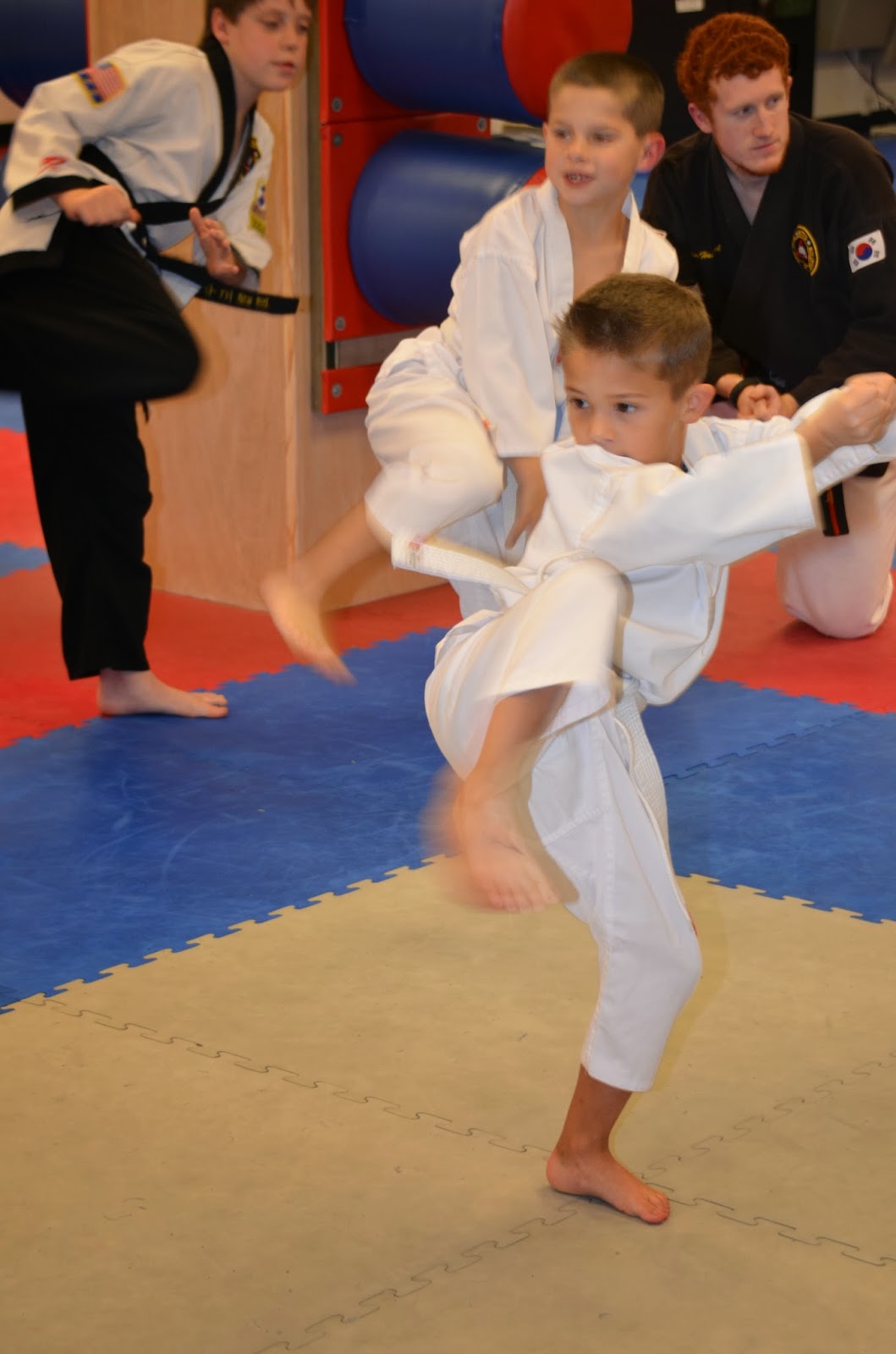 Some of the children struggled on the board and had to kick it many times. I was a little nervous for Connor when it was his turn. Paige shouted to him "Connor! Do it!".


Connor walked up cool as a cucumber and broke it on the first try! 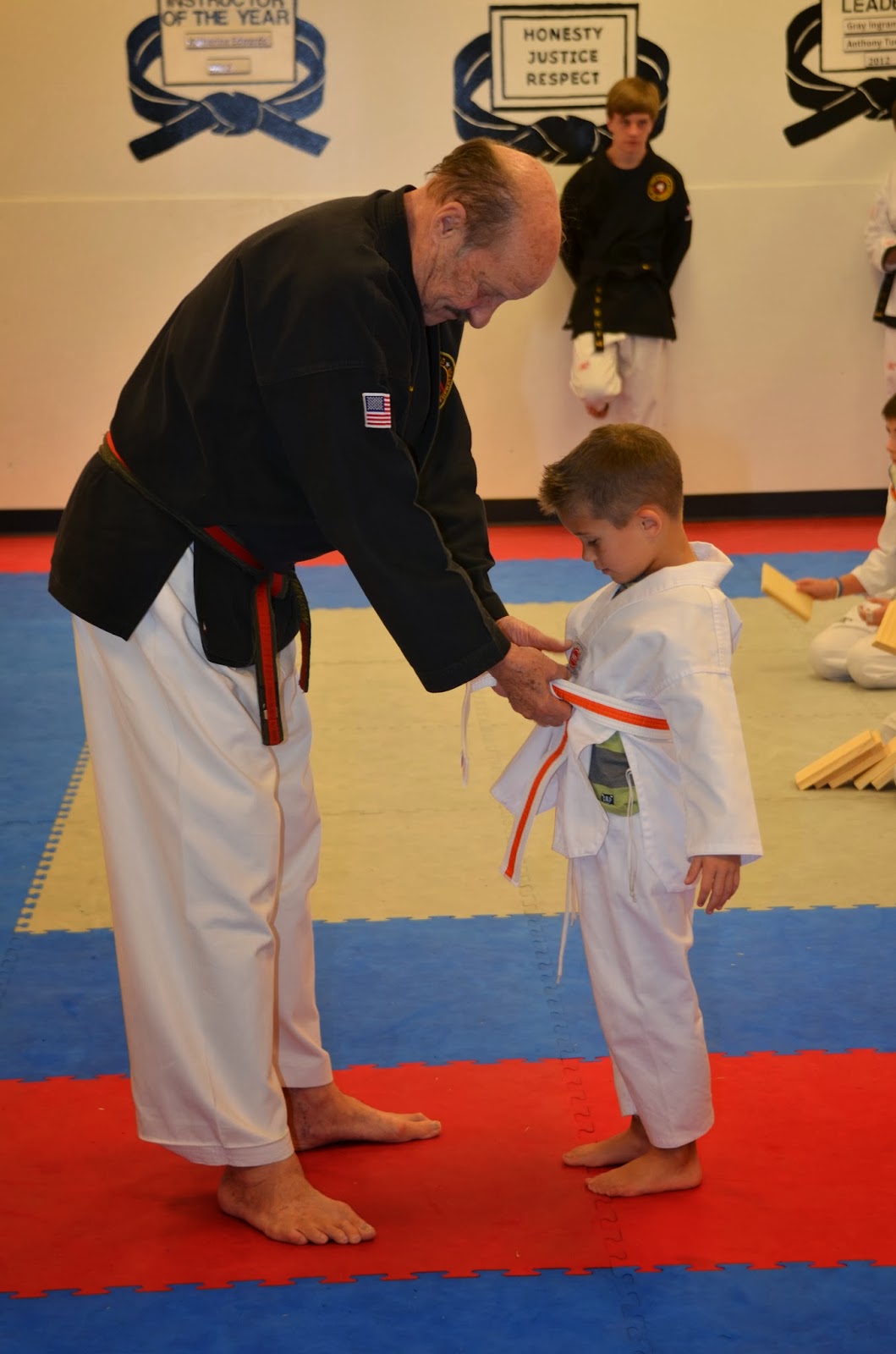 Connor is very proud of his new belt. 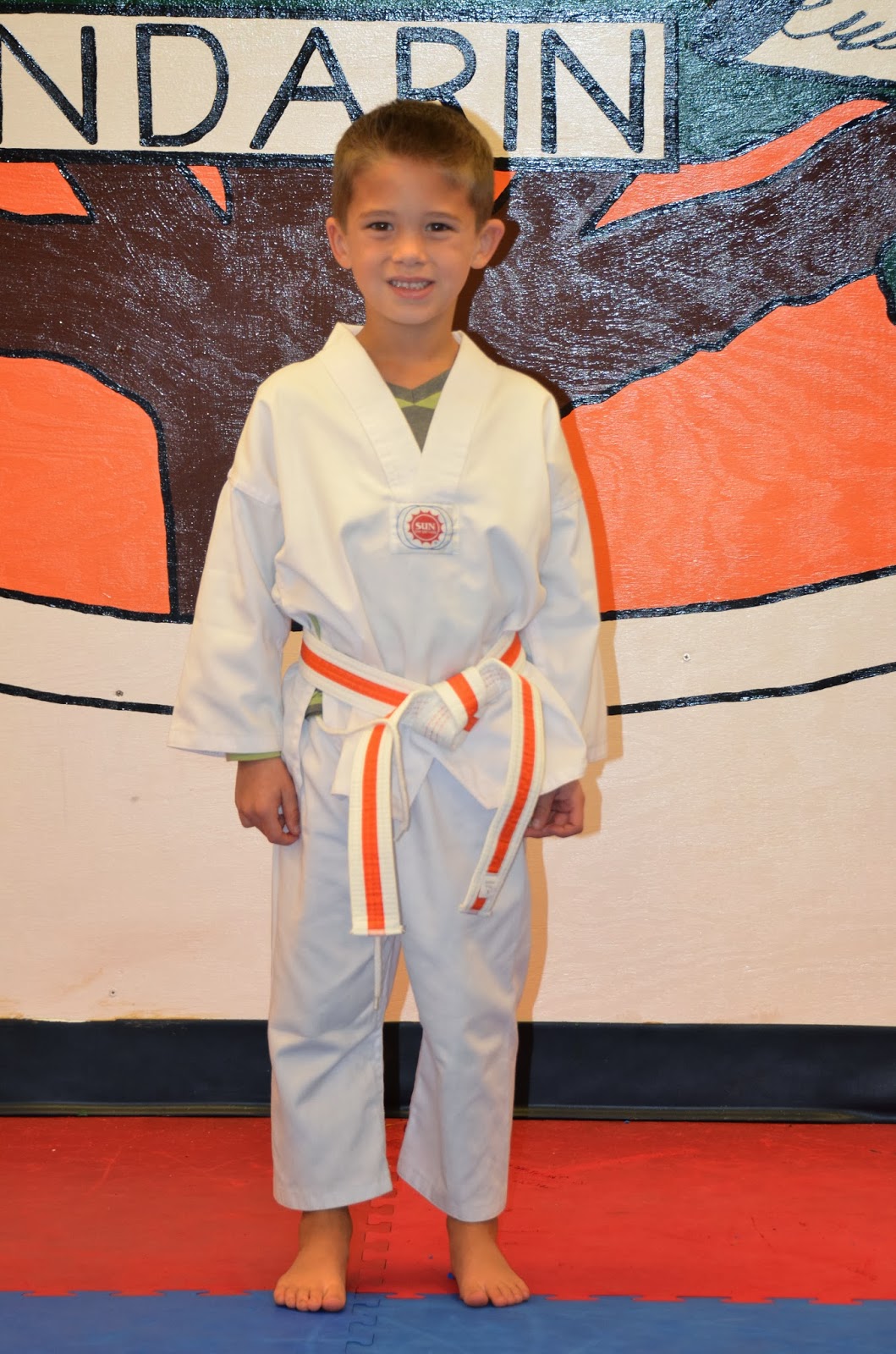 Paige was a sweet supportive sister for Connor. She sat quietly in a chair for the entire test, it was amazing! 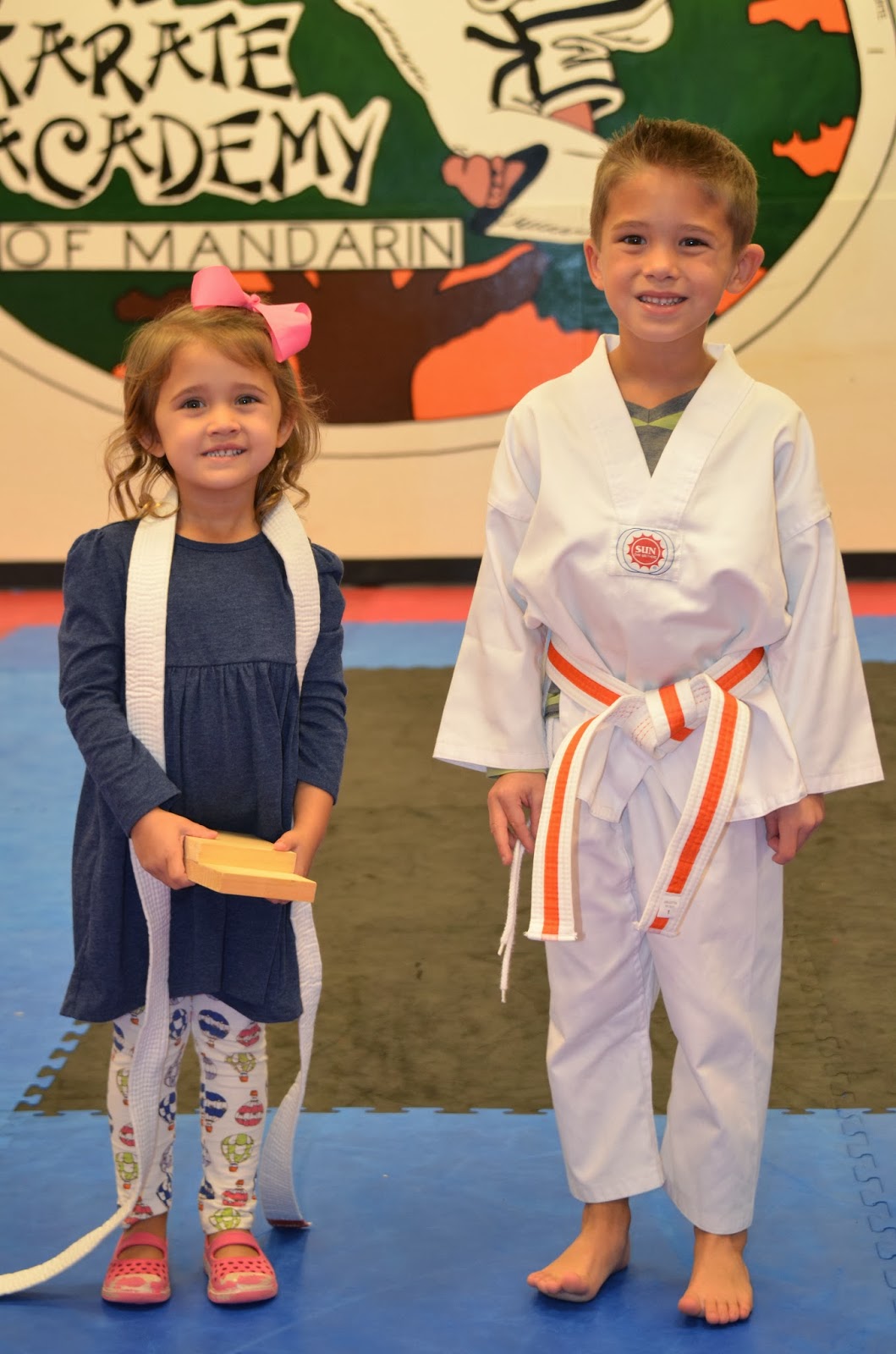