Paintball with Drew and Rudolphs 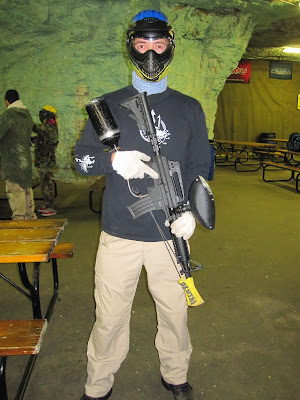 The day after Christmas I met Drew, Nate, Ryan, and two of Nate's brothers (Aaron and Brian) for paintball. Drew got a new paintball mask, gloves, gun, and pants for Christmas and was eager to try it out. There were a bunch of people in the caves playing paintball. At one point I asked one of the guys working how many there were and he said there were over 100. We played a bunch of rounds of team deathmatch, and we did pretty well. We all ended up getting pretty beat up and bruised except for Drew. Somehow he managed to dodge most incoming fire and still managed to shoot up the other team pretty well. We had an awesome time and I'm glad I was able to play with everyone while we were in town. 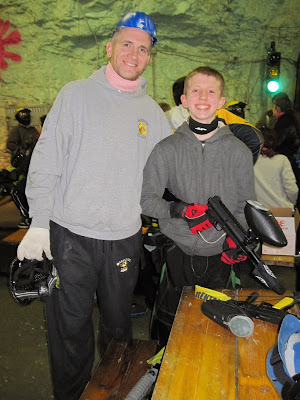