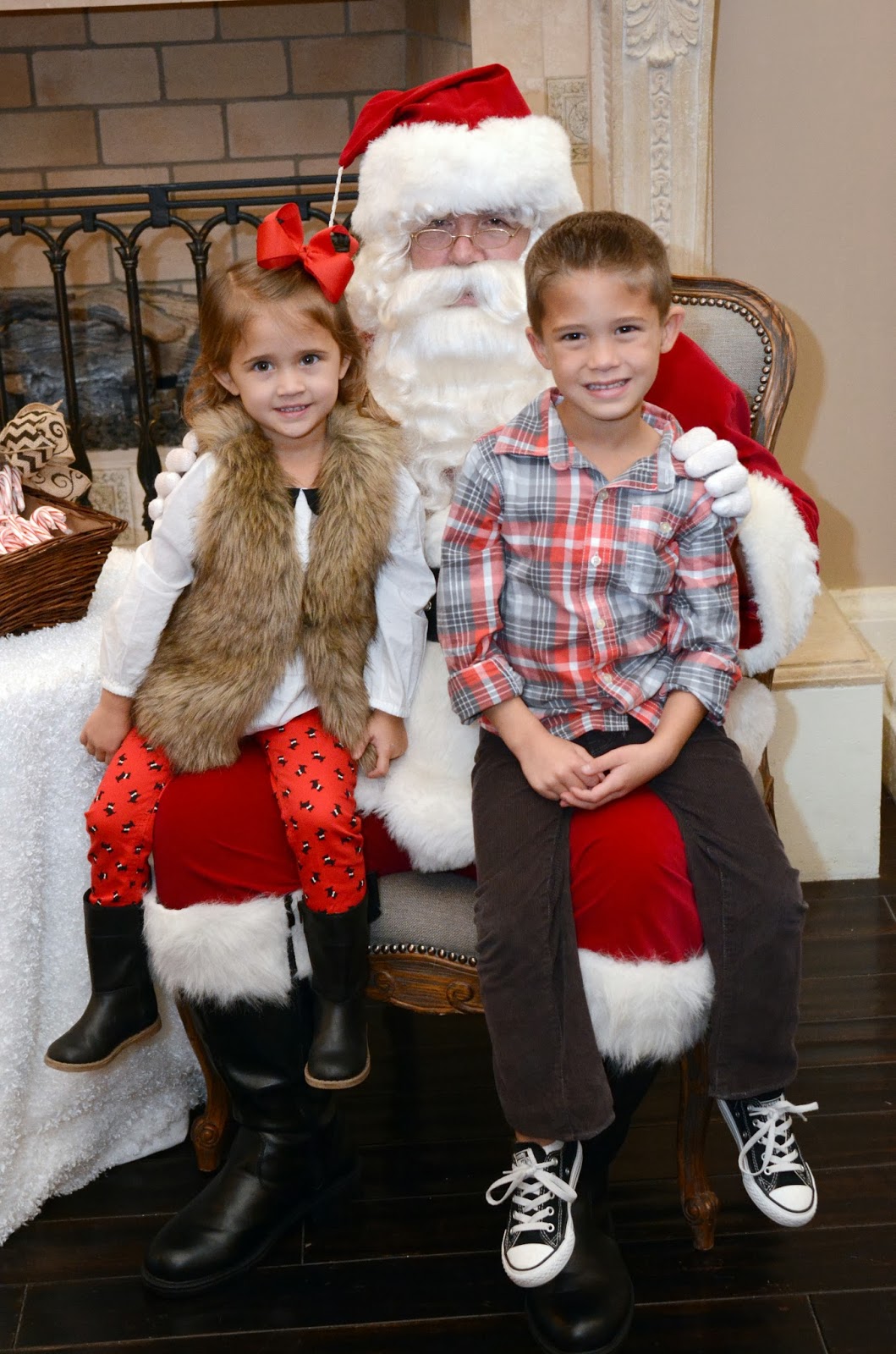 On Thursday night we went to the clubhouse to celebrate Christmas with neighbors. We got there early at 5:30 so we could see Santa before the line got long. Connor told Santa he wanted a pirate ship with a lot of pirates and Paige told Santa that she wanted a purple giraffe. Unfortunately Santa forgot to remind the kids that Connor already has 3 boat toys including a pirate ship that he hardly plays with and Paige already has a large yellow giraffe and a small pink giraffe. He also didn't mention that those things are not simple to find in a toy store and the elves aren't good at making random custom requests at the last minute. 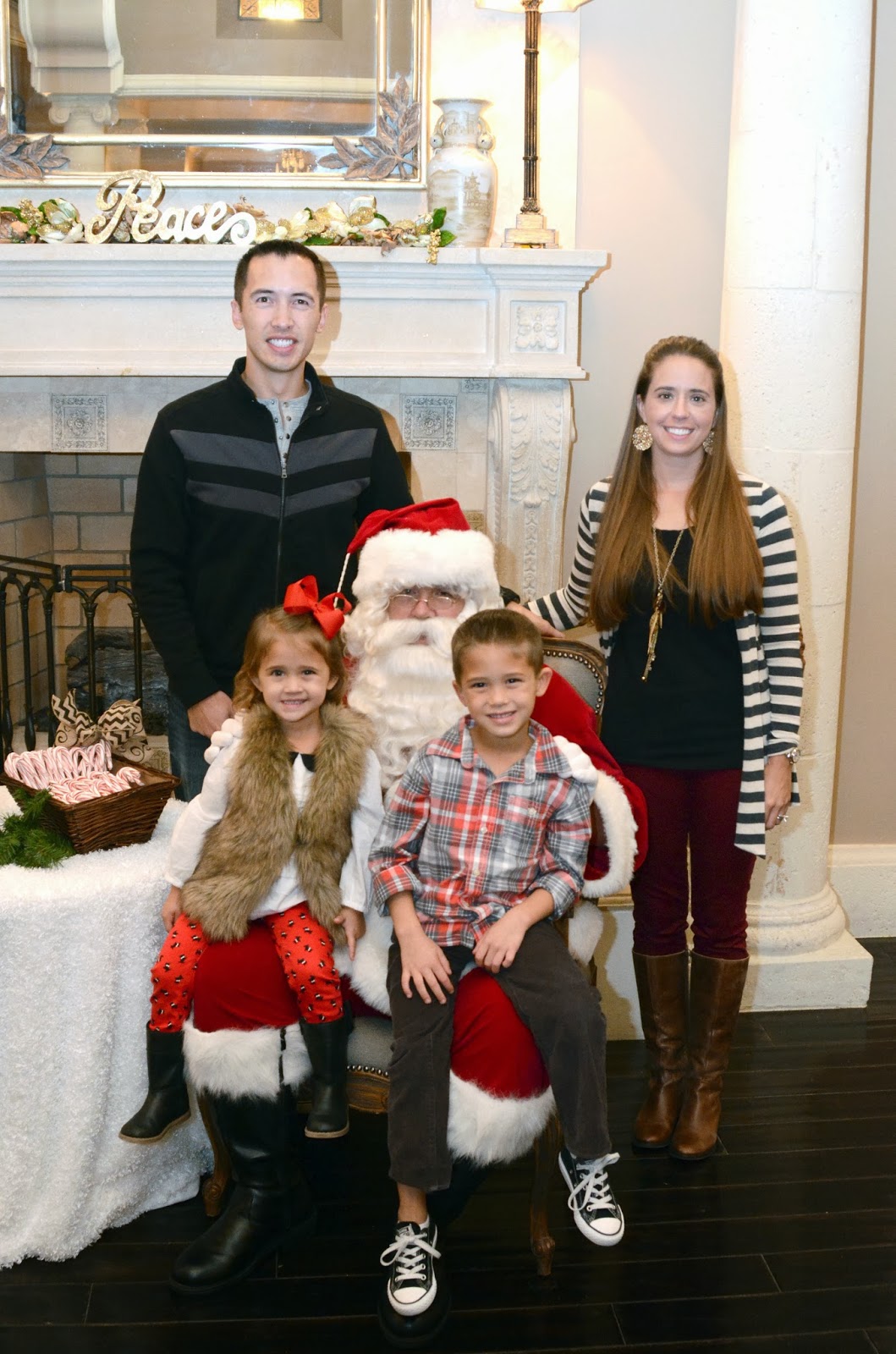 Connor looked dashing as usual. Andrea threw together Paige's outfit at the last minute and she was complimented many times on it. Paige looked like a cuddly teddy bear and was nice and warm on our chilly Florida evening. 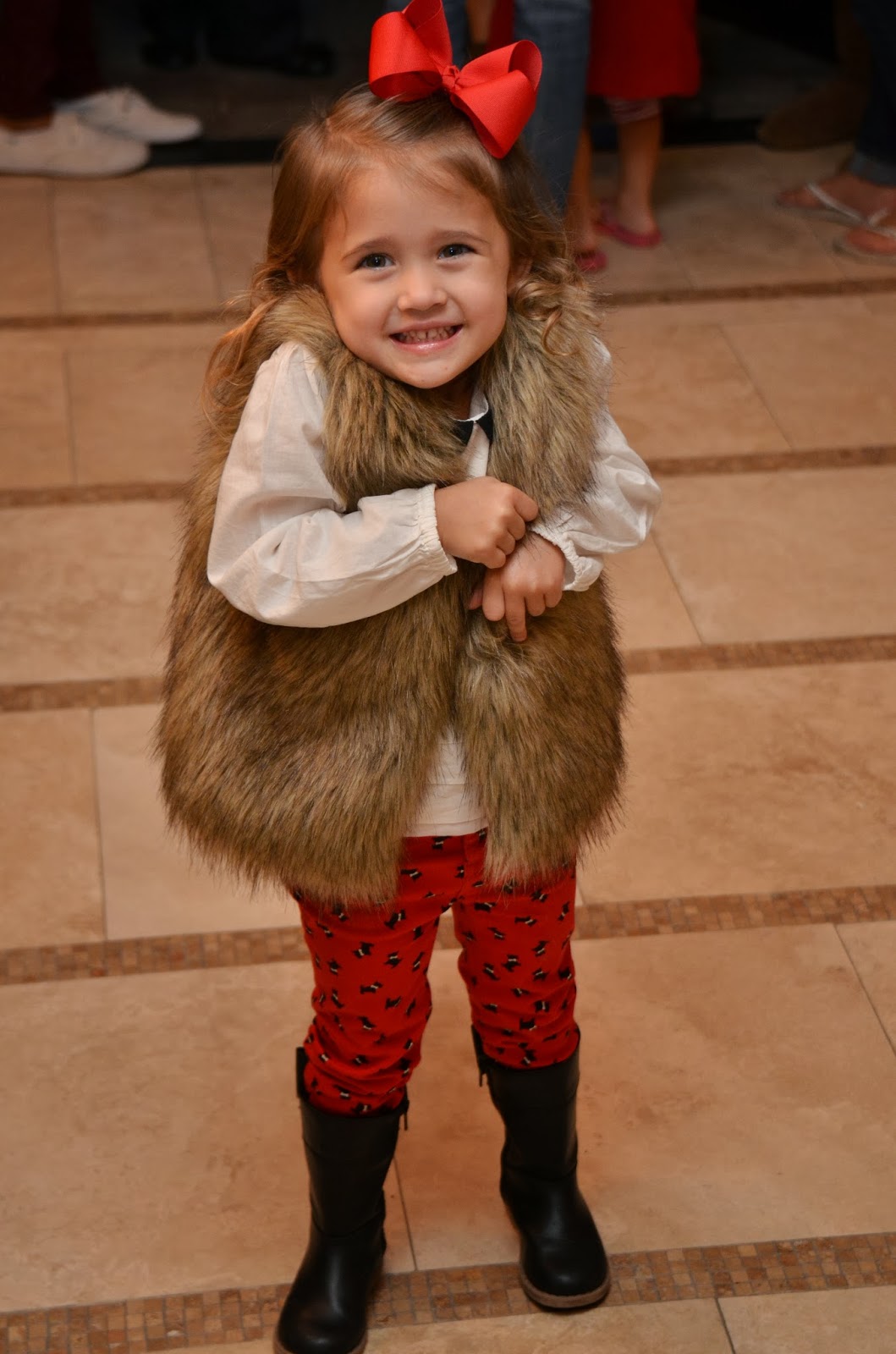 A little after 6pm two trolleys pulled up to take everyone on a tour of the neighborhood. Both trolleys filled up quickly but we got a spot and took the ride. It was a nice opportunity to see all the lights in the neighborhood and many of the houses had taken part in the luminaries that were distributed by the neighborhood Women's Coalition (Andrea's the treasurer and does quite a bit with the charity group). 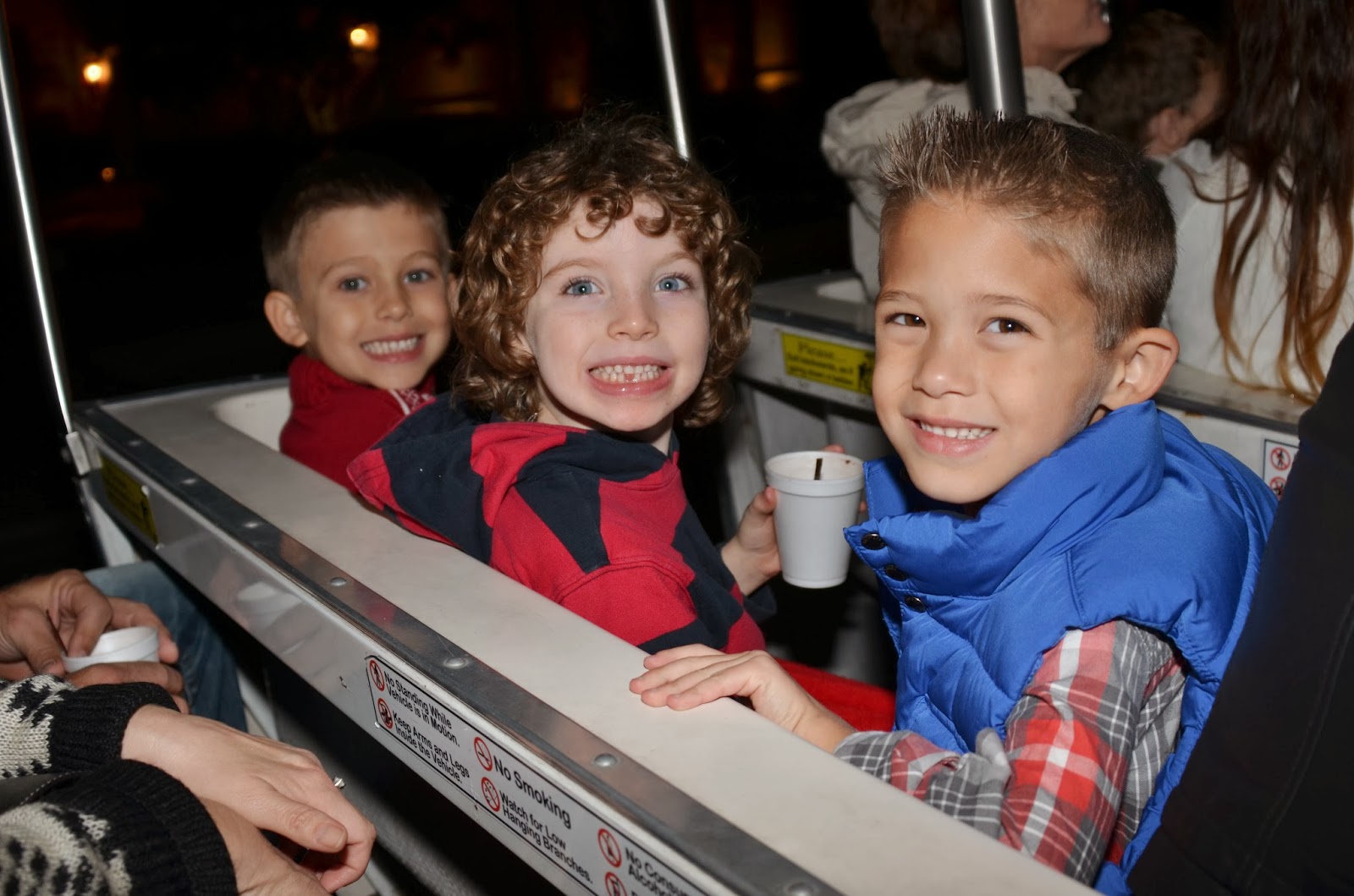 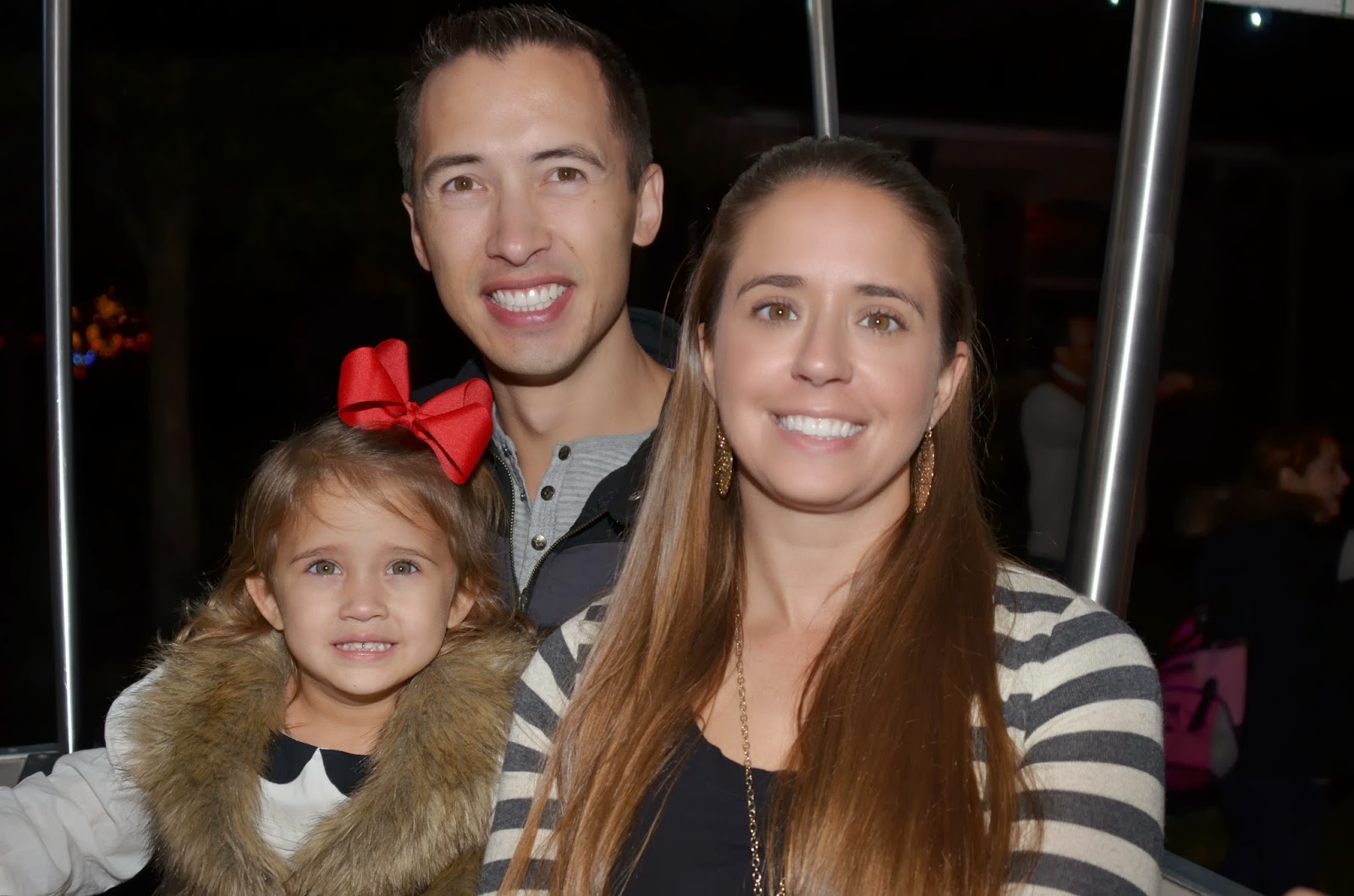 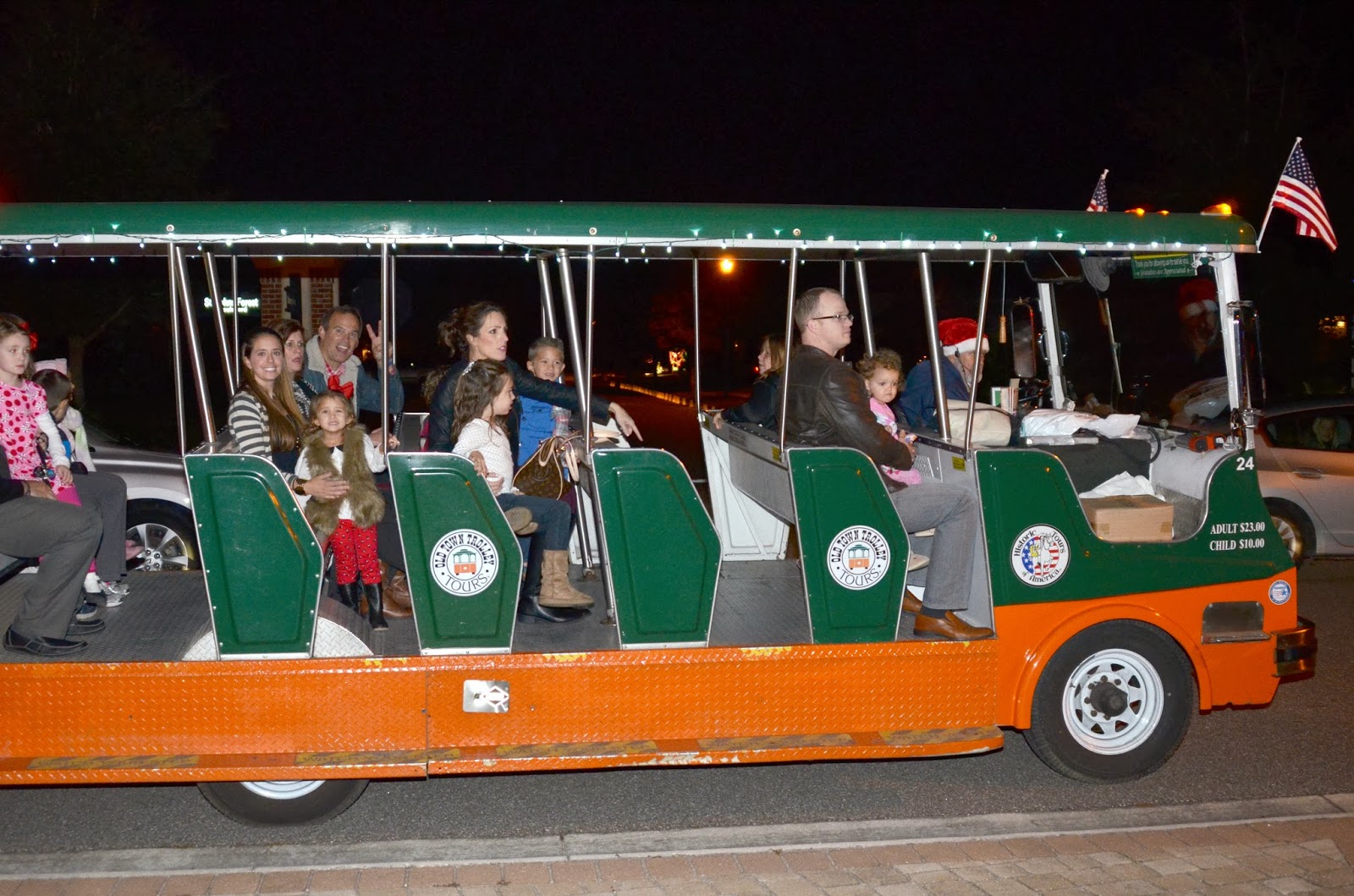 After the ride we went over to our neighbor's house for some snacks and visited with everyone for a bit. We complained it was freezing outside, but when we got home and checked the weather we realized it was actually 55 degrees out. We are going to freeze when we get to KC for Christmas!
Posted by Shawn Vernon at 5:37 PM