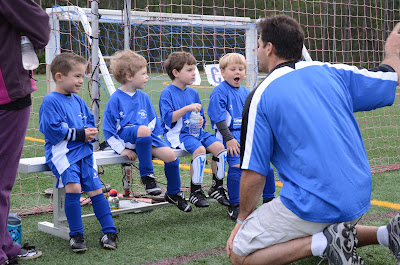 It was cold by Florida standards, in the 60's and a little windy. Connor was excited for the game and all the kids looked very cute in their official team uniforms. The team they were playing against had been playing for a number of years and were very good. That said, Connor's team, which only had one practice, competed very well. 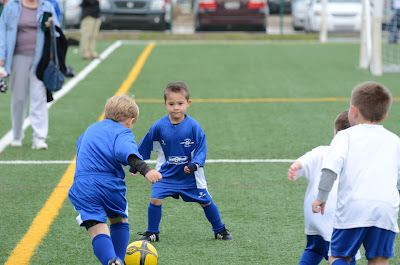 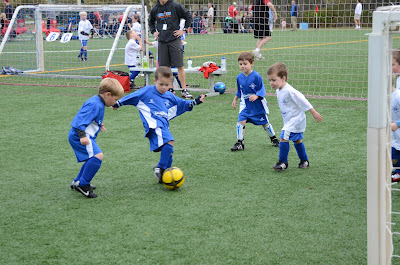 There are 6 kids on Connor's team and they played 3 at a time so Connor sat out half the time. He was paired up with Reid and another boy and Reid was definitely the stand out star of the day. Connor's very good, but was a little tentative today. He would do a great job turning the ball towards the goal and would start his approach when Reid would swoop in, take the ball and score. Connor never seemed phased by it and was excited that his team would score, which was great. He's a great team player. Unfortunately, he never scored a goal himself. I took a bunch of videos, but they're all pretty similar, I uploaded a typical play where Connor gets the ball going towards the goal and then Reid scores.


Connor was cute at the beginning of the plays, he'd get into a football stance. 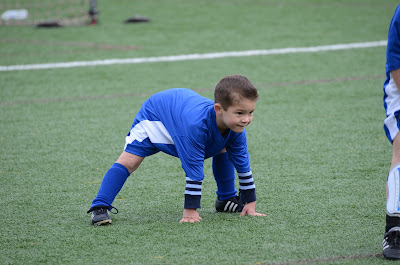 Amanda and Ryan got up early to watch the game! 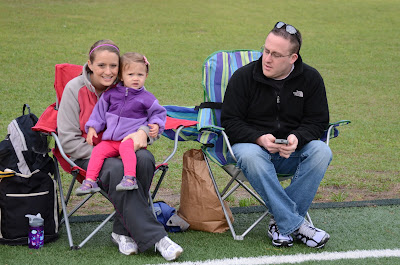 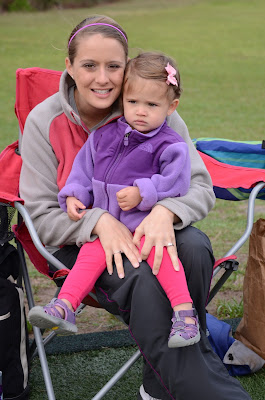 Andrea is the official "Team Mom" and sat on the bench with the kids while they were sitting out. 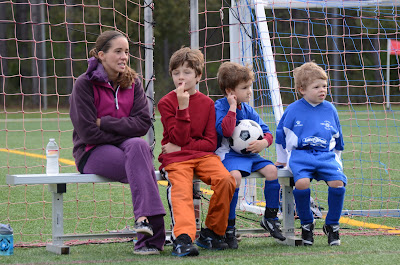 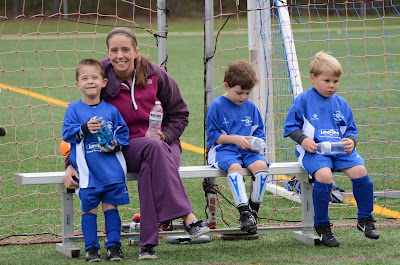 You could tell that Connor had a blast playing. We really like Coach Joe and his team is fun and they're all so cute. They get along great so far and we're looking forwards to watching our little man play.