On Tuesday, after swimming practice, we went to Connor's first CAA (Creeks Athletic Association) soccer practice. Connor hasn't played in a while and it was great to get him back out and he was very excited. Amanda and Ryan flew in and arrived just in time to go with us. 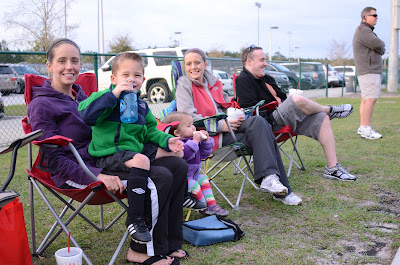 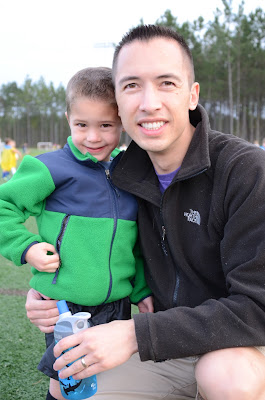 Connor's coach worked well with the kids, although he's got a tough job remembering their names since four of the six boys have names that start with C. 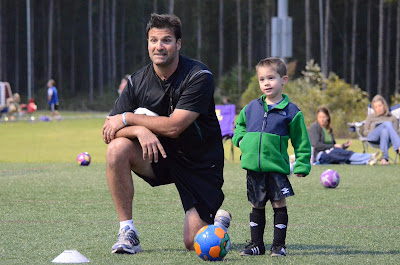 The fields were made for youth soccer and the area was well kept and very nice. 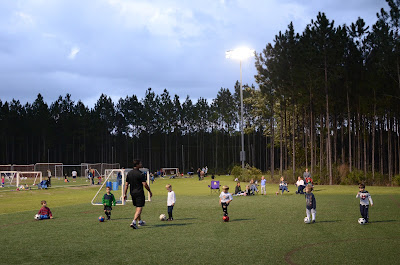 It was actually a little cold out (by Florida standards) at about 65 degrees. Aunt Amanda helped Sissy keep her ears warm. 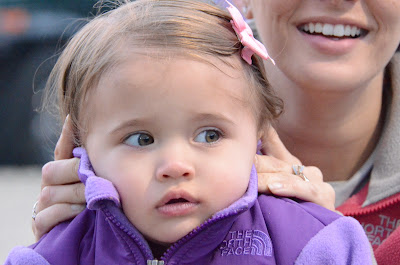 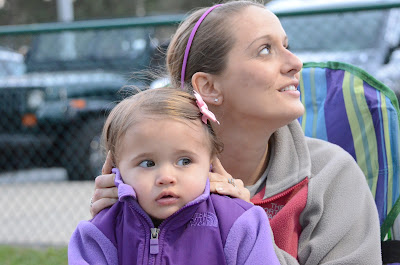 Connor did a great job listening during the drills and did awesome during the scrimmage they played at the end of practice. He got two shots on goal and made his team's only goal of the scrimmage. 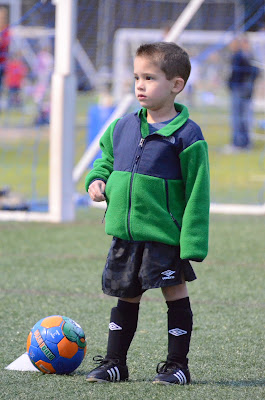 We're looking forwards to cheering on our little guy!

Paige had fun during the practice. She found a little step up between the field and the grass and would step up then jump off over and over. 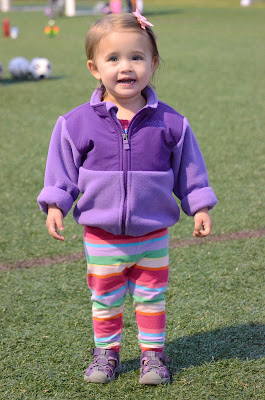 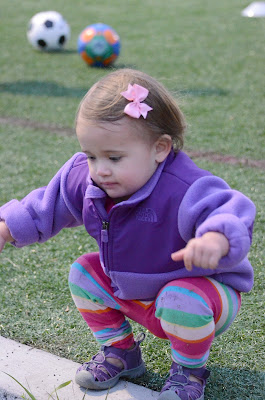