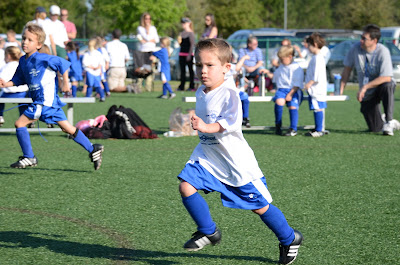 Connor had his second soccer game this week. He did really well as usual and had some good opportunities to score and took them. He really seems to enjoy his soccer and we love the new soccer league since the practices are separate from the games. He really gets to run a lot and works hard. We could tell he was getting a little tired by the end of the game.

Connor did great on offense and defense and scored 3 goals total. I only posted videos of the first two since the third one was kind of bizarre. For some reason the other team's coach told the kids to stop playing right when Connor was kicking the ball in the goal.

He even ate some of the orange at half time snack. First time we've seen him eat orange! 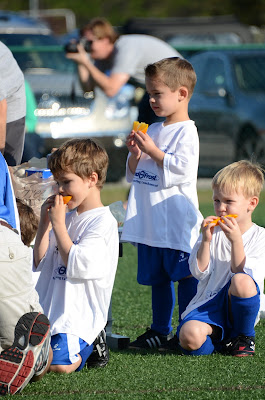 I thought this was a cute picture of him kicking the ball in. 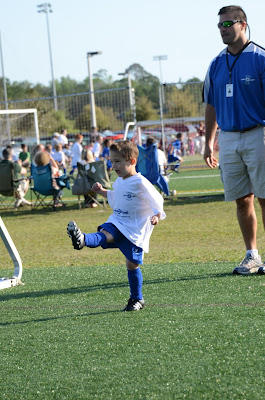 Connor gets along with the guys on his team, even on the bench he has fun. 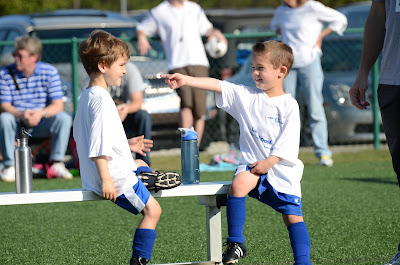