We are very happy to have more out of town visitors!!

Grandma Genie and Grandpa Garry came in to town this past weekend and are staying in Florida for a week to visit. Their visit isn't even halfway over, but we've already had some fun adventures.

On Friday we went out to eat at the Cheesecake Factory. 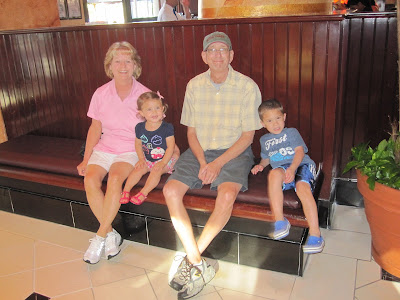 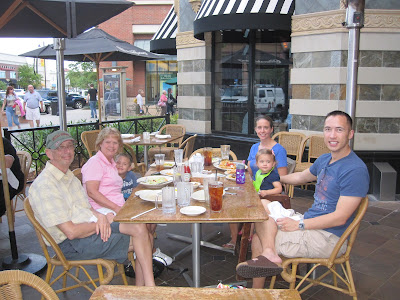 Today we went to Mickler's beach which is right down the road from our house. It's only about a 20 minute drive and it's convenient too since they have bathrooms and showers as well as free parking. The parking lot filled up early, but we found a spot to park and a nice spot on the beach. The beach wasn't too crowded and it was cool out even though it was sunny. The water was cold! 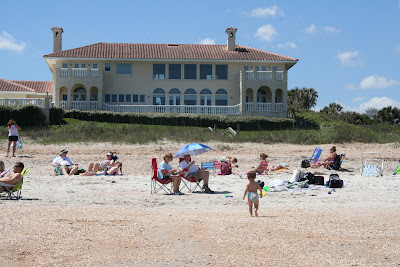 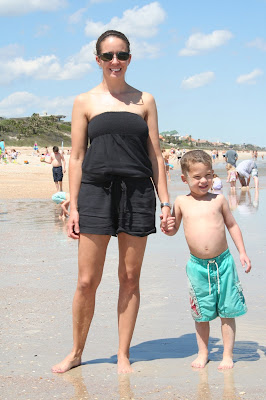 Connor had fun with Daddy out in the ocean. He kept begging me to go out deeper and deeper and deeper. The waves were cresting above his head and he'd get swamped and cold, but never wanted to give up. He had so much fun. 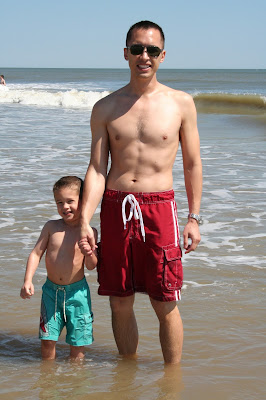 Some of the time he held on to Daddy and we jumped in the waves. 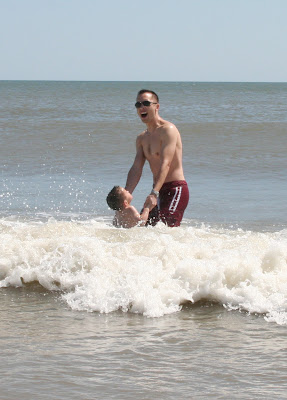 Towards the end of the day, he'd jump in them all by himself. 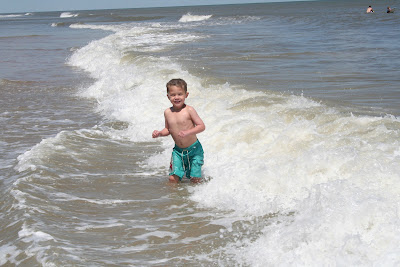 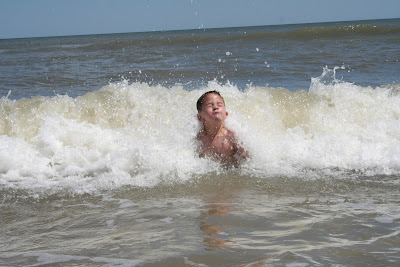 Paige mostly just wanted to play in the sand and get grubby and filthy. She loved to grab handfuls of sand and throw them and dig around in it. 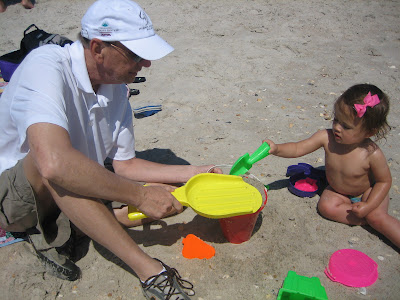 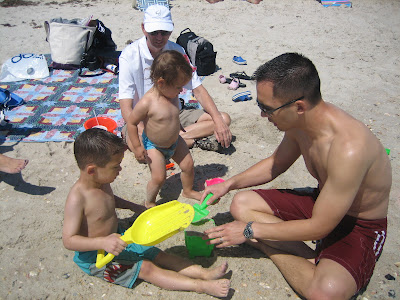 Connor also liked digging in the dirt. We were going to build a sandcastle, but Sissy thought it would be fun to smash it. Instead, we dug for buried treasure and Connor found three dollars buried in the sand! I believe it may have been buried by the infamous Pirate Genie long long ago... 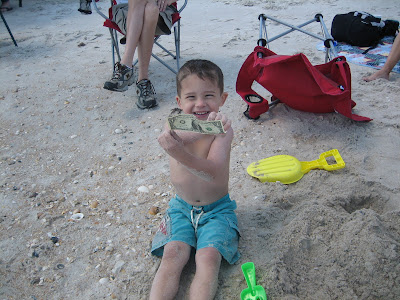 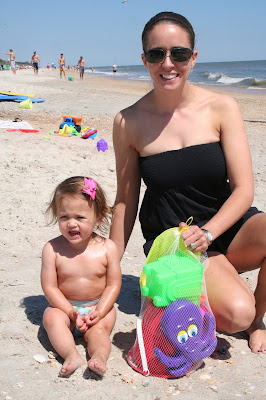 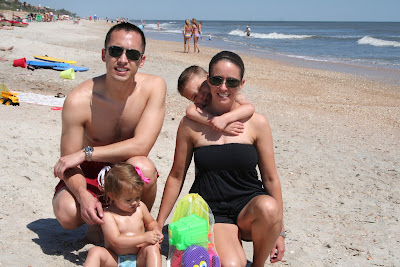 Paige tried going out in to the ocean a few times but there were a lot of seashells on the beach that hurt her feet and the water was too cold. She didn't really enjoy the water much today.

She liked playing with Ga though! Cheese! 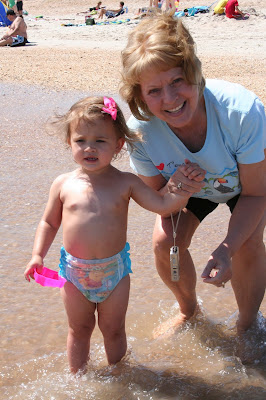 Cute. Glad you had a nice visit.

Cute. Glad you had a nice visit.