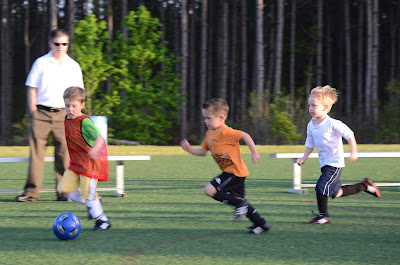 Connor had soccer practice on Tuesday, as he does each week. The kids both had a refresher ISR swimming lesson and then we went to soccer.

The Saturday before, he'd had his third soccer game and he had a great game and scored five goals. Unfortunately, Grandpa Garry was not feeling well so Grandma and Grandpa Anders couldn't go. Also, unfortunately, Daddy goofed up and deleted all the pictures and videos of the game. It was nice for Grandma and Grandpa to at least see his soccer practice, and Connor did very well at practice.

At the end of practice, they did a relay race and Connor got to show off his speed. He was so intent on beating the other little boy when it was his turn that he nearly ran full speed in to a goal post. Thankfully he stopped in time. He's got such a great stride, it's so much fun to watch him run. 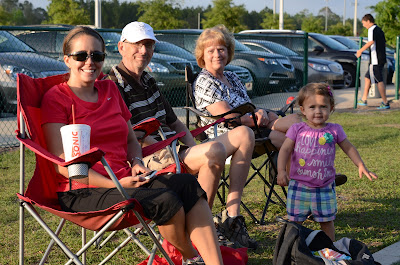 Thanks for coming to Soccer Grandma and Grandpa! 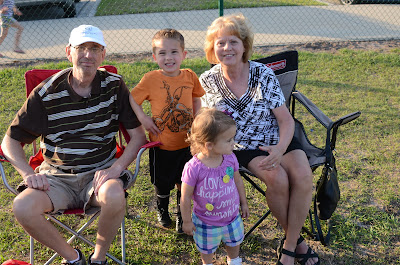 SOOOOOOOOOOOOOOOOO CUTE !!!!!!!! I love it,and I
just don't mean this picture I mean everything on your blog.