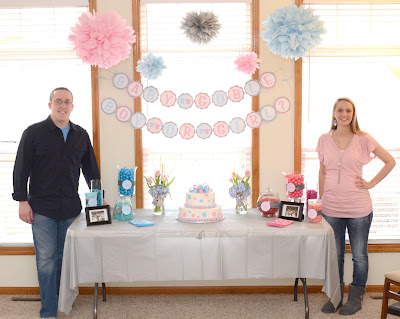 On Saturday, Andrea and I went to Odessa for the Goble's Gender Reveal Party. Andrea had been helping Amanda plan it and decorate for it for months now and it was exciting to be there on the big day. When the Gobles got their sonogram, they had the sonographer put the sex of the baby in a sealed envelope, and then they gave the envelope to the cake baker at "The Mixing Bowl". The baker's job was to dye the interior of the cake either pink or blue depending on the sex and during the party the sex would be revealed when they cut the cake. It was exciting, especially since nobody knew the sex of the baby going in to the party. Everyone was supposed to wear either pink or blue based on their guess.

We got there early and helped set everything up. It was a big job to get all the details right, and there had been a lot of planning involved to get all the food, decorations, and goodies in place. It all came together well and it was a great party.

Andrea and I got a cheesy pic with the decorations before the party started, we were pretty proud of the way it all came together. 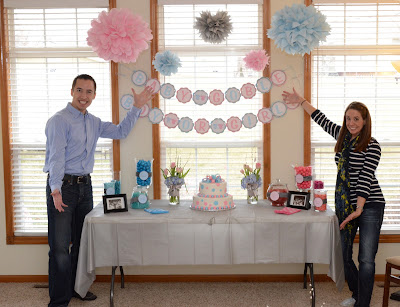 The cake was very cute! 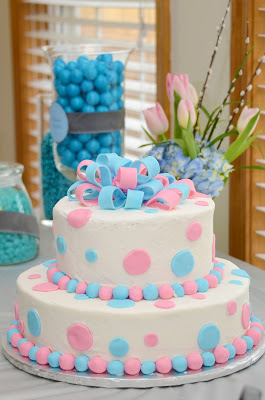 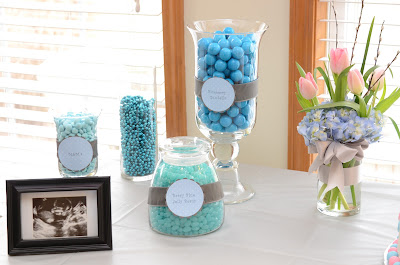 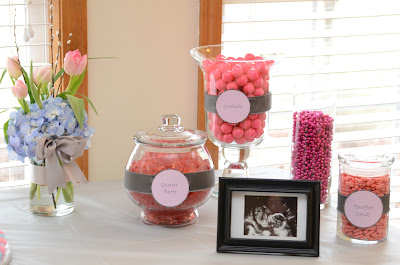 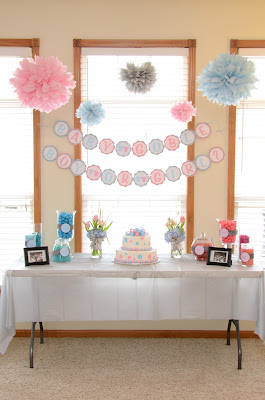 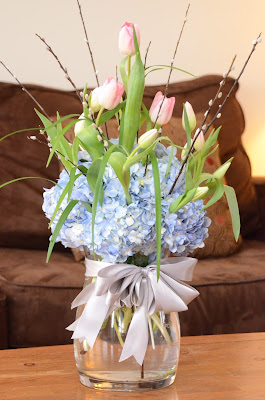 Sophie even got dressed up, she had a cute hoodie with pink and blue. 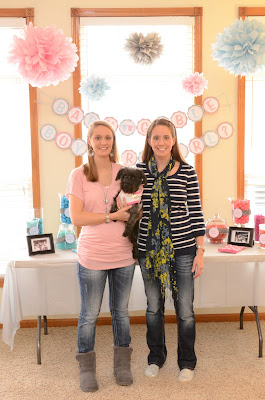 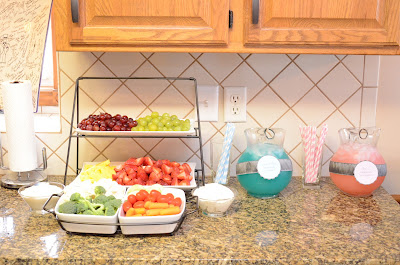 Before the big moment when the cake was cut, we got a picture of both teams. 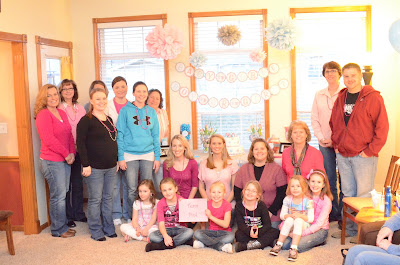 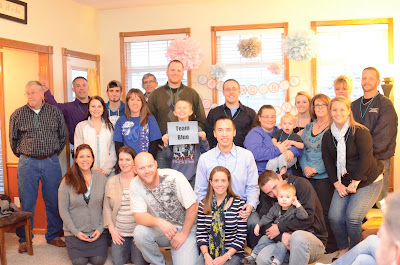 I was sure to capture the big moment, when Ryan and Amanda cut the cake! 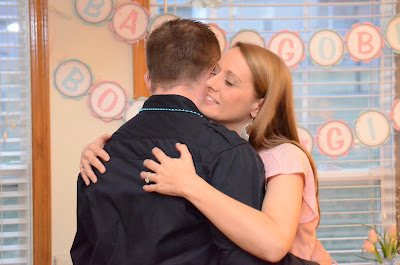 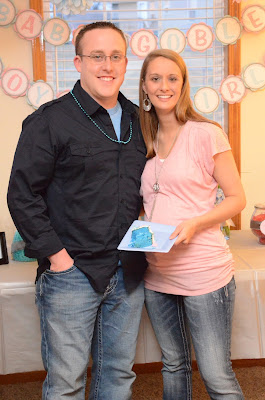 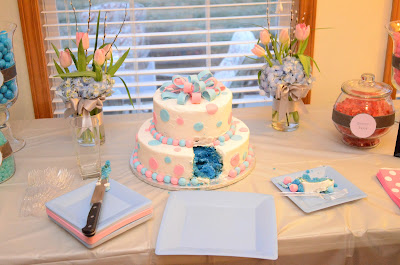 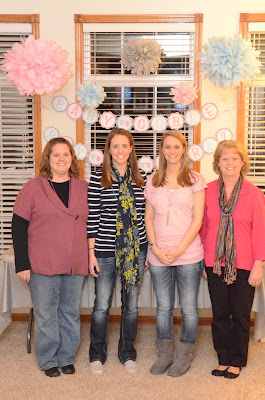 Did you make the banner yourself? if so where did you buy the supplies?

Angelica- We got the banner from Etsy. We had a person make it for us. There are a lot of people on Etsy that could make something like this.