Connor catching the football in the pool 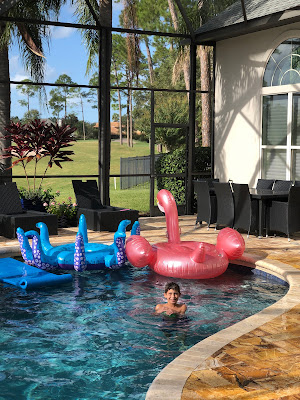 So maybe I'm a bit biased, but I think Connor has some incredible hands. Part of me would love to see Connor try out for the football team at school, but the rational part of me would rather see him grow up without injuries and brain damage. We still enjoy throwing the football around at the house. We play out in the front yard most of the time and Connor loves to catch ridiculously difficult passes on the sideline and it's surprising how well he can control his body out in space and tap his toes in-bounds while reeling in my poorly thrown passes. We also like to play in the pool and Connor loves to stretch out and crash in to the pool while catching the ball. I took a video of him on Saturday catching a few passes.