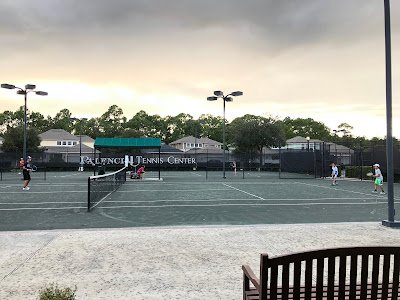 Connor's team played their first team match of the season on Friday at Palencia. I drove with Connor and Quinn to the match and it was a little bit of a challenge since a few of the boys were attending a climate change strike in St. Augustine, so the team was a bit shorthanded. We had five boys that were available, so Connor played line 1 singles and line 1 doubles as well with Quinn. Connor and Quinn both won their singles and doubles matches, however the other lines lost so the matches were split 3-3. Since Connor's team lost more games overall, they technically lost, which is a bummer. Connor played well and although he was losing at times during his matches, he made some smart adjustments and found a way to win. Very proud of our little tennis star. 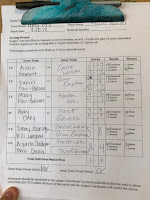