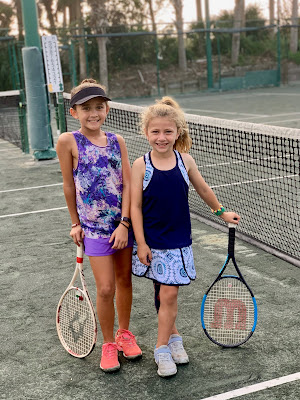 This year, Paige is on her first tennis team! Our friend Gina is the captain and her kids Zoey and Ethan are on the team, along with Paige and a few other kids from our club. Paige played in her first match on Friday and she played a practice singles match and she played doubles with Zoey.

Paige practices with regular balls as well as orange balls, and the matches are with orange balls, which can be a difficult adjustment with the littler balls and smaller courts. Paige played well and did a good job with her serve and hitting consistently throughout her matches. We are proud of her for having a great attitude and it's fun to see her put everything together and play in real matches. Great job sis! 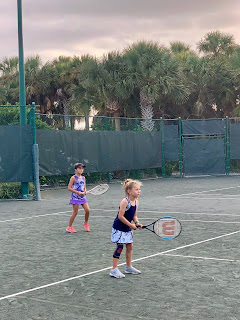