Disney with friends - Mickey's Not So Scary Halloween Party 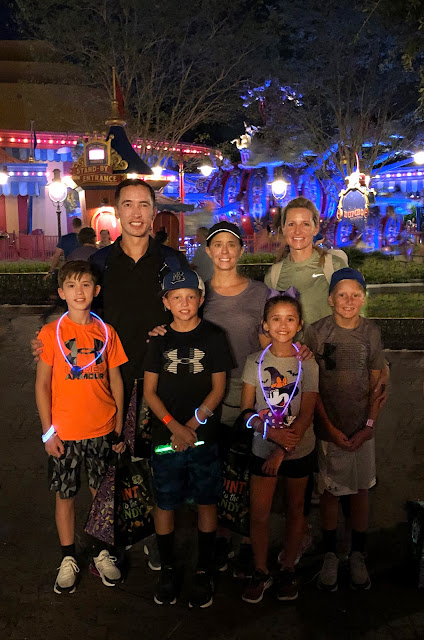 On Friday night we went to the Magic Kingdom for Mickey's Not So Scary Halloween Party. This year was extra fun because we met up with some friends at the park. Anna and her boys met us in Orlando and we traveled to the park together and started out with them. We arrived as the park was closing for regular guests and during the overlap with the Halloween Party guests it was a little crowded and pretty hot in the sun. We started out riding some of the shady and indoor rides like the Haunted Mansion and Belle's Enchanted Tales. 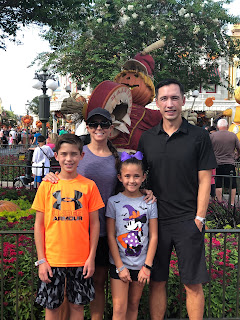 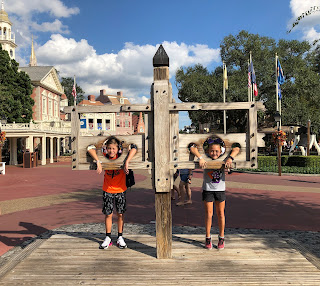 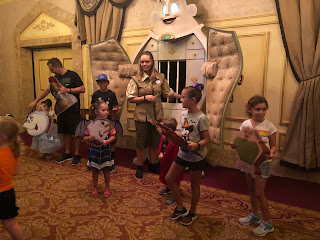 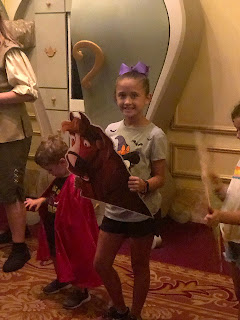 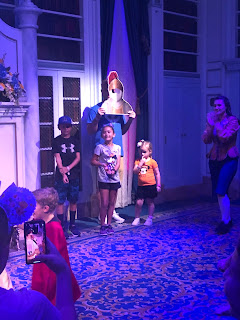 It was fun to have Anna's boys Charlie and Owen with us so our kids could ride some of the things that we tend to avoid like the barf inducing teacup ride. The kids really got it spinning, the adults were thankful we didn't have to ride it with them. 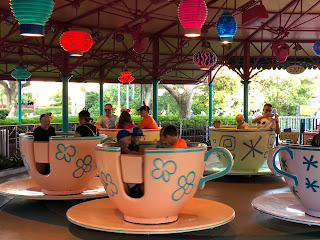 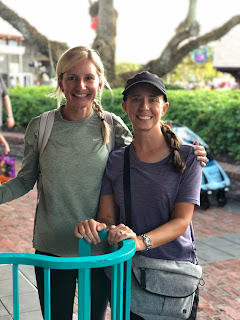 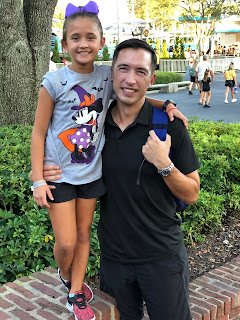 We ate dinner fairly early and then rode a bunch of rides and got lots of candy. 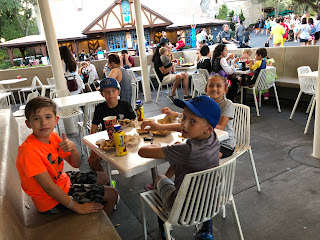 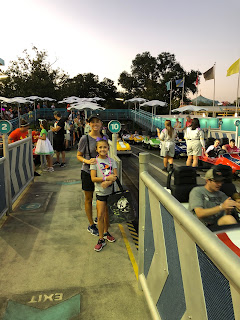 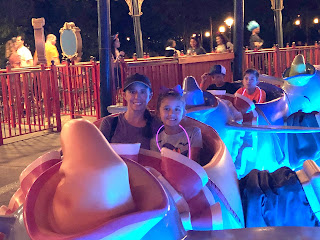 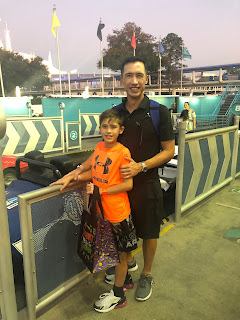 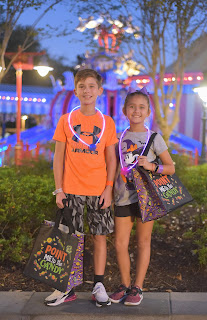 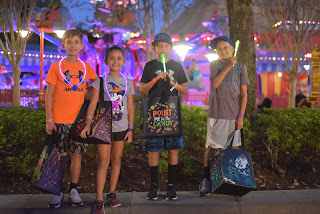 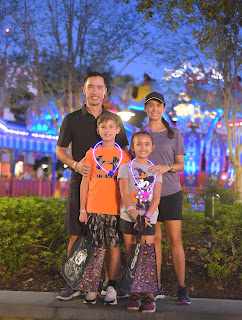 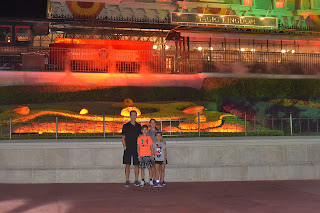 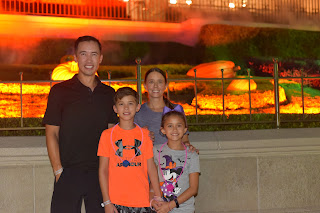 Anna and her boys couldn't stay very late since Charlie was competing in a USTA tennis tournament early in the morning, so we said goodnight to them and they left fairly early in the evening. We then met up with the Carroll family (Casey, Keagan, Kevin and Karen), and we rode Thunder Mountain and Pirates of the Caribbean together and did some trick-or-treating as well. Unfortunately it was super dark by the point we got together and we didn't think to snap any pics.

We were lucky that the weather was nice, no rain, and nice and cool once the sun set. It was an awesome night at Disney and it was extra fun to share our night with friends. 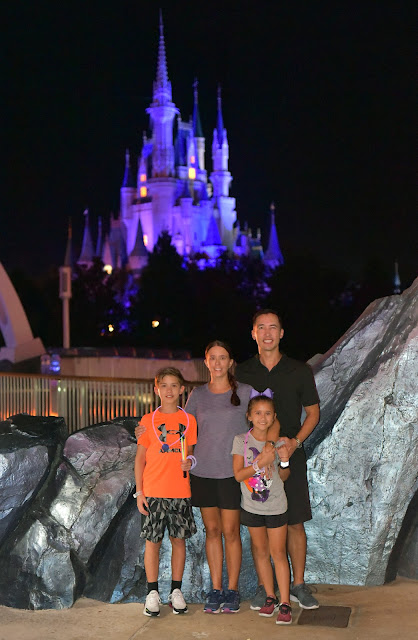 Looks like so much fun. Except maybe the teacup ride. Oh my. Just watching made my head spin.