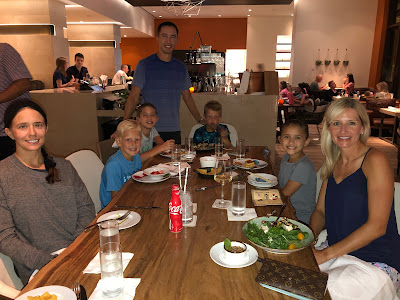 After our late night at Disney, we slept in quite late on Saturday morning. Once we were all up, we went down to the pool area at the hotel and did some rock climbing, played in the hideout game room, jumped in the pool with the football, and went on the lazy river. We at lunch at PB&G's and relaxed in our comfy chairs. We took Andrea, carefully, around the lazy river a few times. It was a little stressful because we were trying hard to keep her hair dry. 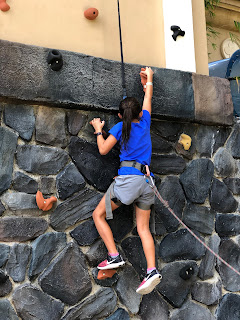 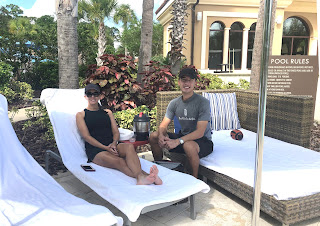 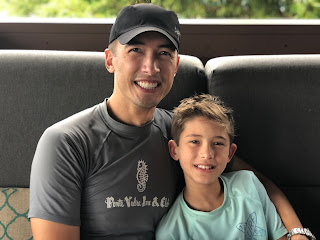 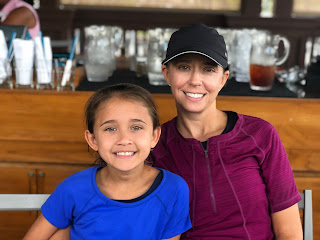 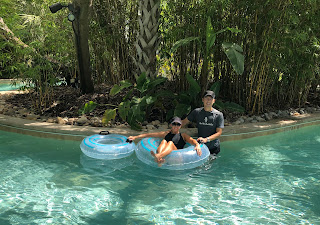 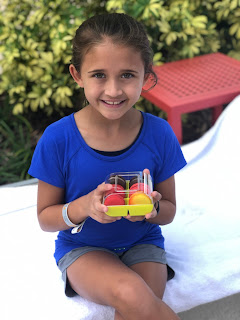 Anna and her boys were gone most of the early part of the day and we met up with them a little after 3pm. The kids played for a bit, I turned in to a shark and threw them and chased them around the big pool for a while, then the kids floated on the lazy river together. Around six we headed back to the room and then got ready for dinner and ate at the lobby bar. For dessert, the kids did the scavenger hunt together and got their gelato reward at Lickety Split's. It was fun for Andrea and I to have another adult to chat with, and the kids got along well and had fun goofing off together. 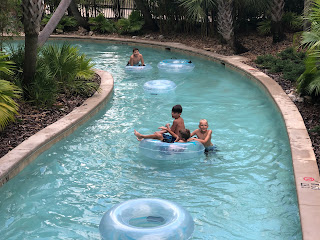 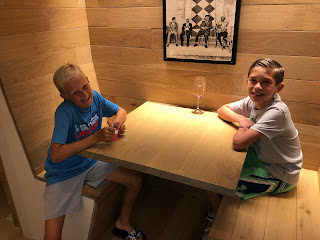 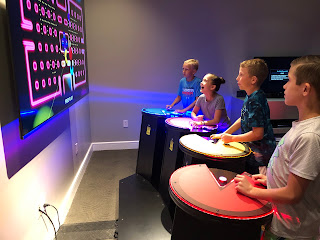 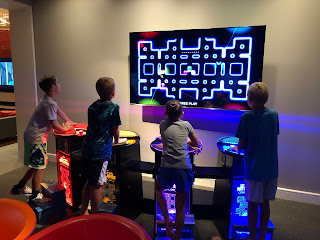