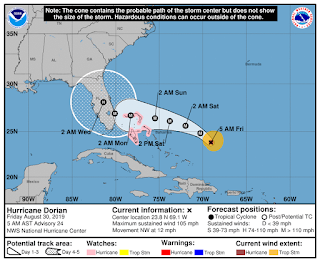 This past week and a half has been all about Hurricane Dorian. A couple of weeks ago I'd seen there was a tropical depression in the Atlantic that had a possibility of strengthening. As it moved through the Caribbean it was slowly gaining strength and getting more attention as it neared the US. Initially, it was predicted to move through Haiti and weaken and turn from a tropical storm to a disorganized tropical depression. Instead, it went to the East of Puerto Rico and gained strength as it moved in to warmer waters. Within a couple of days it had become a major hurricane and all the initial predictions showed it would make landfall right in the middle of Florida on the East coast.

We had plans to go to Orlando the weekend of Labor Day, however the storm was forecast to hit Florida just East of Orlando between Saturday and Sunday, so as the storm approached we canceled our plans. Hurricane Dorian had other plans though. It gained strength, becoming a category 5 hurricane and then it parked itself over the Bahamas. It sat still for over a day and then slowly started crawling towards Florida at 1 mile per hour. It was a tedious and stressful process. The storm was large and powerful, but thankfully as the days went by the winds changed and the hurricane followed the Gulf stream up the coast of Florida and in to the Carolinas.

The storm was supposed to hit Florida originally on Saturday or Sunday and it actually passed by Jacksonville on Wednesday. It was a long week of waiting and watching as Dorian wandered around Florida. We did a bit of preparation at the house, bringing out sandbags around the exterior doors, but as the forecasts evolved we realized the storm would pass us by well out to sea. We went to our friend's house a couple of evenings and barbecued and chatted while the weather channel played in the background. Grandpa Rick and Grandma Alice told us we were welcome at their house. We planned to go over once the storm got close, but by Tuesday the forecasts looked favorable. Although an evacuation was ordered, Dorian's winds only reached tropical storm force in our area and the bridges across the marsh never even got shut down this time. We made the decision to stay and it worked out for us. School was cancelled Tuesday-Thursday. 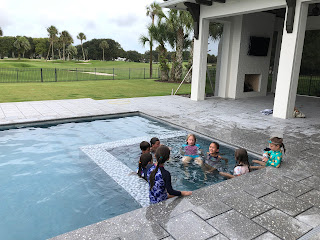 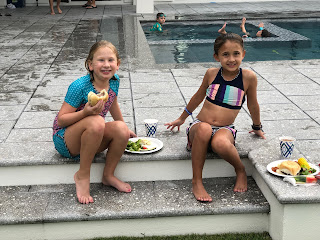 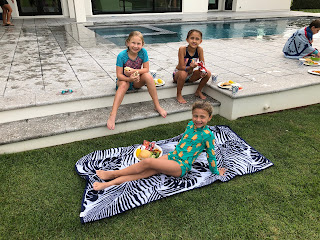 As the storm passed by, bands of clouds and wind hit us from the north and east. It was rainy and windy, but not much worse than a normal thunderstorm. Once the storm had passed, high tide brought a lot of water to the marsh. The ponds had been pumped down lower than normal in anticipation of the storm, but the marsh overflowed the banks and filled up the pond behind our house. The water flowed in to the street and intersection by our home, but with this storm it didn't appear to get in any neighbor's homes that we could see and it didn't come within a couple feet of our pool area. Thankfully it wasn't too bad in our area. We didn't even lose power. 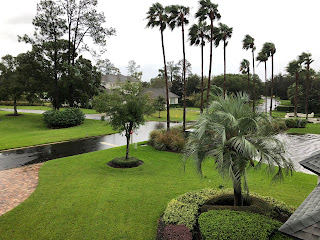 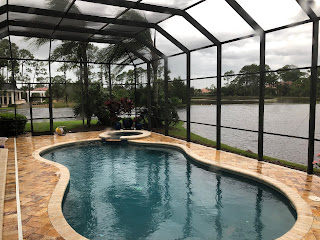 A couple of the early forecast models and some screenshots of how close the storm came are included for future reference. 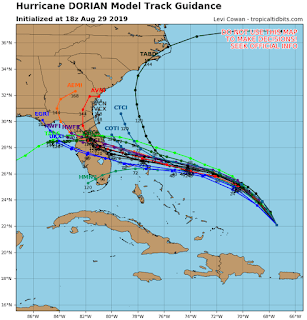 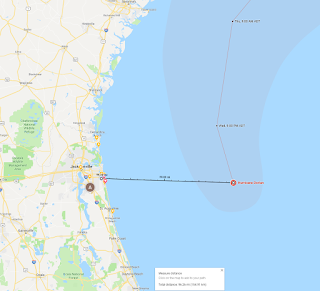 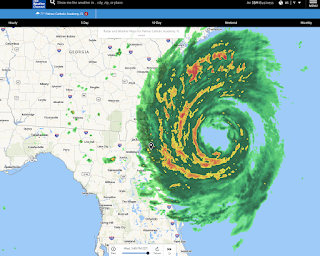