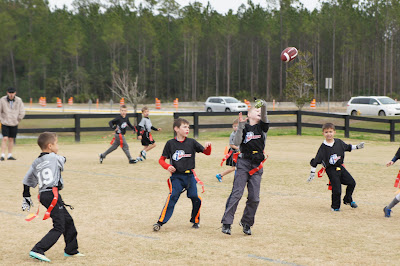 On Saturday, at 11am, Connor had his flag football game vs the Seahawks. Grandpa Rick, Alex and Chris all came to watch, but the game started a little early and they missed the first play of the game, where Connor ran fast down the left sideline and scored. Unfortunately I forgot to bring my good camera and forgot to use my phone and missed that play. Thankfully, Uncle Alex brought his good camera and took a number of videos and pics. He got a few exciting plays on video.


It was a bit cold and Paige decided to snuggle with Grandpa a bit to stay warm. 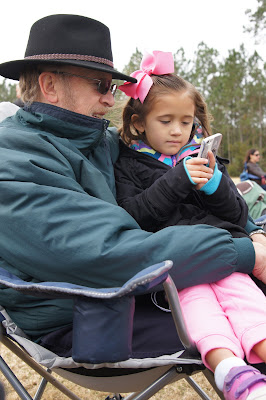 Connor had an awesome game and had three touchdowns. He ran for a touchdown, caught an interception and returned it for a touchdown, and caught a pass for a touchdown. He also played quarterback and threw some nice passes. It was one of his best games and it was fun for everyone to see him play at his best. When he saw everyone arrive, he lit up with a huge smile and he was so excited for everyone to be there. At the end of the game, the coaches gave him a trophy for having such an "indomitable spirit". 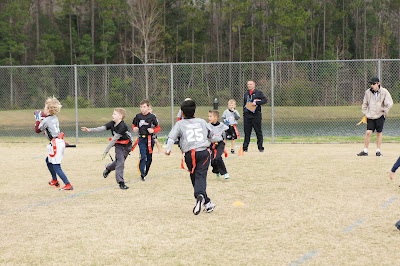