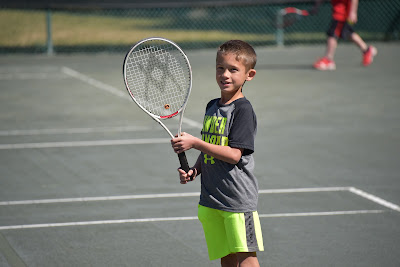 Today, Connor had his first tennis tournament. It was a level 8 tournament at Amelia Island and there were 8 kids signed up at his level. There were 5 girls and 3 boys in the tournament.

Connor's been working on learning everything about tennis for a couple years now, but we've been holding off on doing a tournament or doing real games for quite some time. We didn't want to put any pressure on him and he had been uninterested in games until recently. Since he's started learning tennis, he's done lots of clinics, tennis camps, and lessons, but just recently started learning the official rules and how to play in a match.

Andrea and I had some clinics in the morning and then after lunch we hit a few balls around with Connor to get him warmed up. I wasn't sure what the competition would be like so we encouraged him to just hit the ball in and try to keep the points going as much as possible until he could assess the opponent's strengths and weaknesses. Andrea had played with him the day before to practice and I was impressed today how consistently he can get the ball in play and keep it going.

We didn't want to leave Chloe at the house all day, so we brought her with us. The kids liked having Chloe with us and Chloe loved being outside so much in the nice weather. 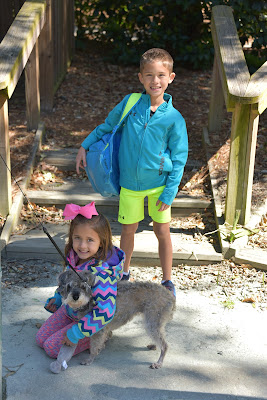 Connor's first match was against a little girl who was also new to tennis tournaments. She spun her racquet to see who would serve first and Connor was first to serve. At Connor's age level they did 25 minute matches and just played as many games as they could fit in. They played orange ball, so the balls had an orange dot on them and they were playing on a slightly reduced size court. Connor has been practicing his serve and he only ended up double faulting once the entire day. 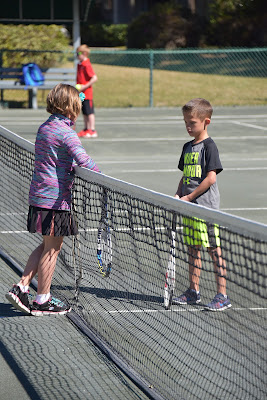 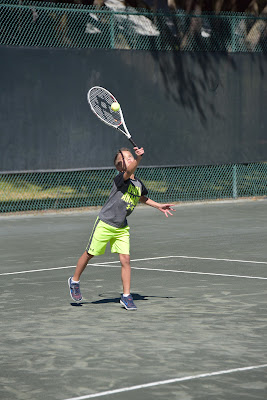 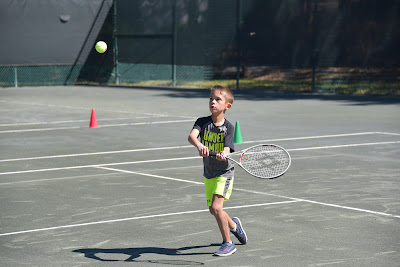 Connor won the first match 7-0 and moved on to the second round. The second round was probably his hardest competition. The little girl he played had very strong ground strokes, moved really well, and put up a tough fight. Connor lost his first game and I think he was a little worried for a while. He ended up winning the match 9-1. 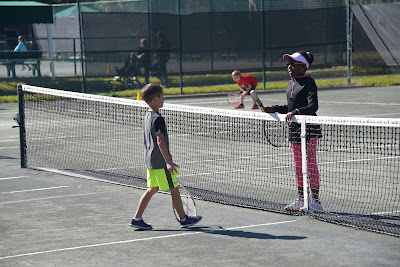 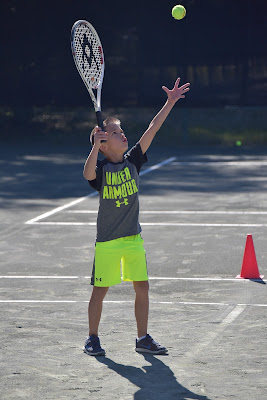 When we started the final match, we didn't mention it was for the championship. He approached it like every other game and won 6-1. There were a few times that it was hard for Andrea and me to stay quiet on the sidelines. The little girl he played with didn't do a very consistent job of keeping track of the points and the one game she "won" was actually won by Connor a few points before her game point, but she'd forgotten a few of Connor's points. Thankfully it didn't matter and Connor prevailed. 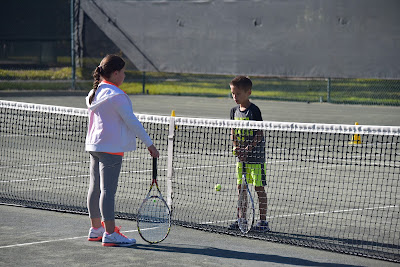 Connor did a really good job of remembering the scores, calling the balls fairly (too fairly actually, he didn't call quite a few balls out), and he was a good sport. When he reported the final match's score to the match director he was a little surprised when he didn't get a participation ribbon like everyone else and was instead handed a champion's medal. I snapped a picture with Connor and Scott, the match director. 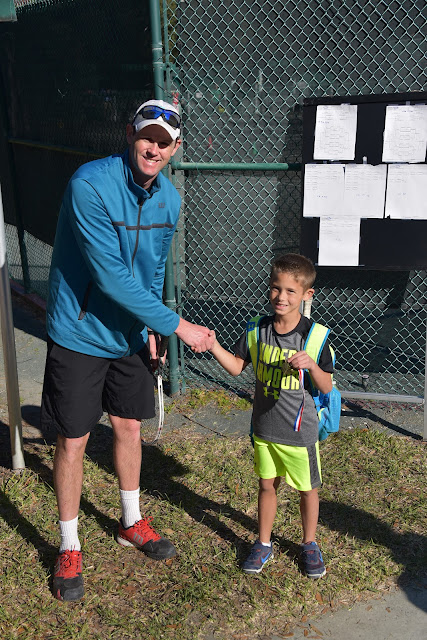 Connor was surprised when we explained that he'd won the tournament, and I'll never forget that his first words were "Hard work pays off!". We love his attitude and he's absolutely right. He's been working hard and playing hard at tennis for a long time and we're glad his first tennis match experience was a positive one.

Paige was a good girl during the match. She played with some of the other kids that weren't playing in the tournament, and hung out with Chloe. I took a few pics of her doing tricks in the grass nearby. 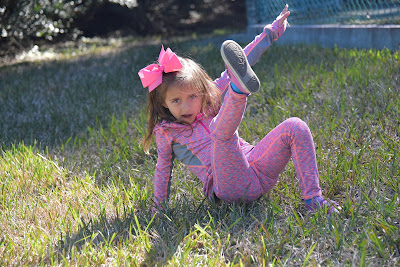 As I'd mentioned, it was a beautiful day in the mid 60's. The grounds at the Omni were so pretty and we snapped a few pics of everyone afterwards. 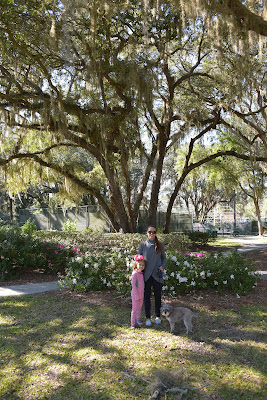 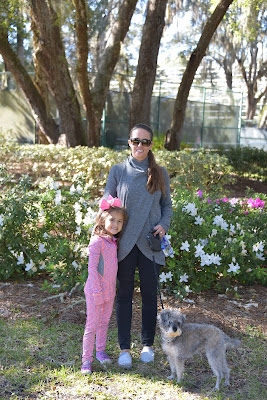 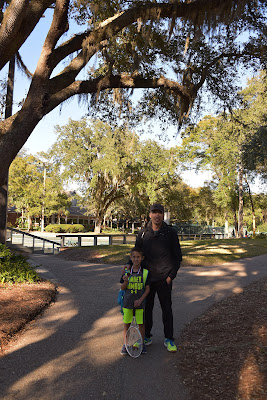 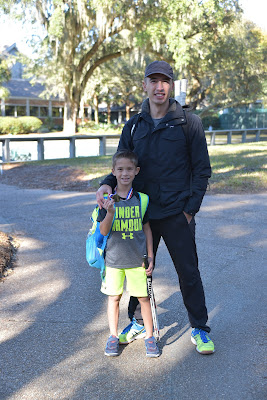 We all had a wonderful day! Great job to Connor, our little tennis star! 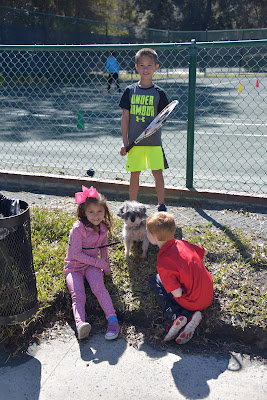 I put together a video with all the videos from the match. It's a little bit dizzying to watch since I had to keep jerking the camera back and forth. Unfortunately, I couldn't get everything in the frame without moving it.