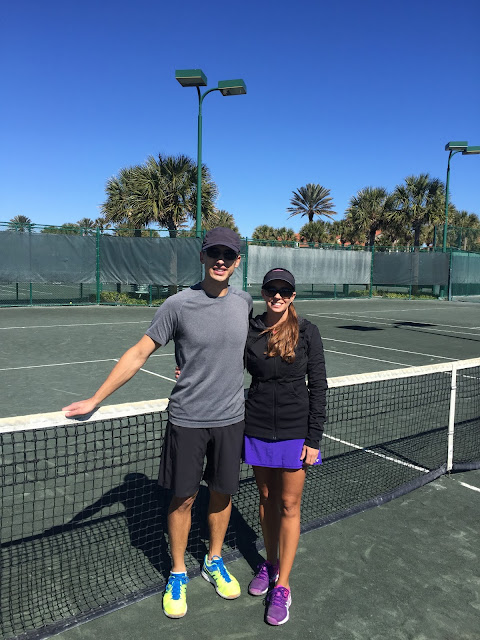 On Saturday, the day before Valentine's Day, Andrea and I went to the PVIC Sweetheart tennis mixer. There were eight couples that were signed up and we played a 4 game set against each couple. I played up on the Ad side and Andrea played Deuce. I think our opponents probably thought I was the better player and since I started each point at the net they avoided me and hit a lot of balls at Andrea. There were many points where I shuffled around a lot to stay in position, but never hit a ball. I actually played fairly well, and finished a number of points when I got involved in the points, but it wasn't my best tennis. Andrea, however, played the best tennis I'd ever seen. She would aggressively come in to the net, always moving forwards, taking balls early and putting constant pressure on the other teams. Every team lost at least a couple points to Andrea's well placed dropshot, which would just barely clear the net and then bounce wide out of bounds. We ended up winning 6 of 7 matchups, and had a lot of fun.

For Valentine's day this year, I got Andrea a colorful bouquet of flowers, and we went to eat at Cantina Laredo for lunch. It was a fairly low-key day and I got a bunch of stuff done around the house. 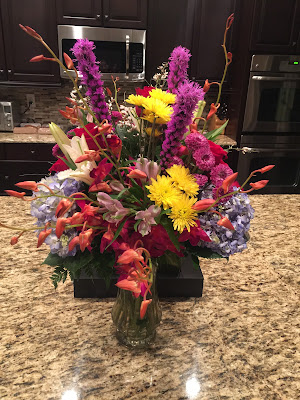 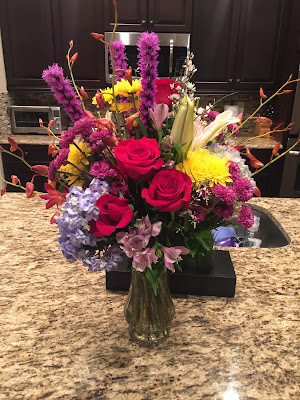