On Friday morning we drove to Odessa for the Anders Thanksgiving feast. 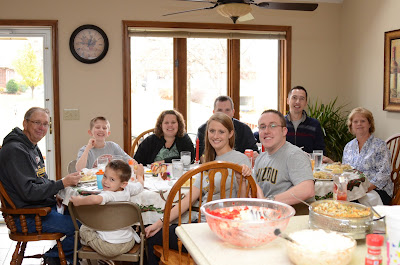 When we arrived, the preparations were still underway and we got a quick pic of the action. 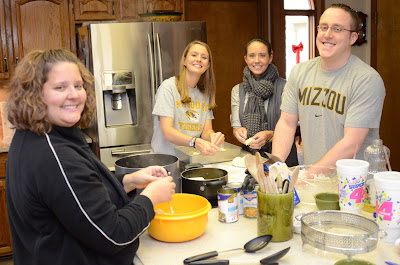 We ate pretty early, a little after noon and everyone got stuffed. Andrea got the group picture, so we got a quick picture of her with the Head Chef at the table. 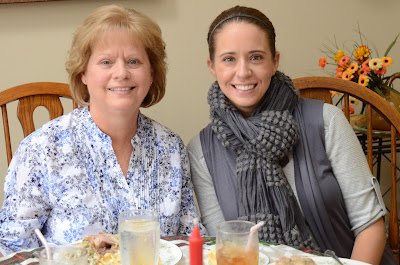 Almost everyone fit at the main table, but we still needed a kids' table. Allison decided she'd like to sit with Paige and Paige was very excited to be in charge of her own eating. 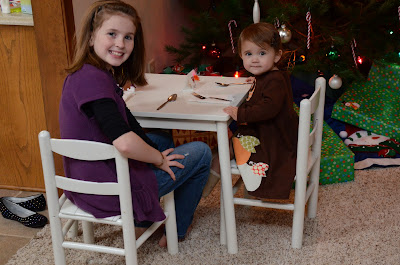 She made a mess, but ate a bunch and had a lot of fun in the process. 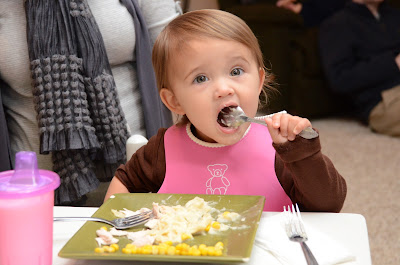 We got a couple very cute family pics with the kids in their Thanksgiving outfits. Connor actually fit in the same turkey shirt he had last year. It was a little big last year, and fit just right this year. 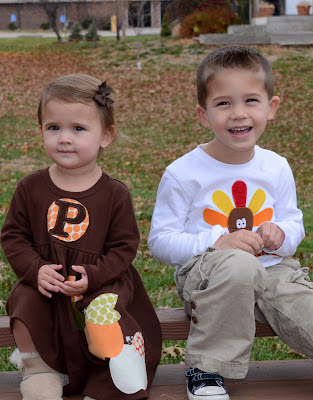 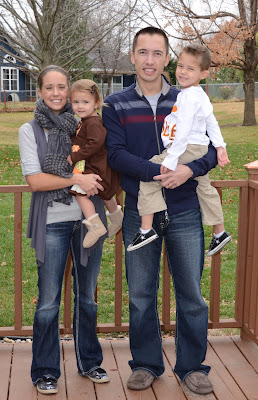 Grandma and Grandpa got a great smile out of the kids for their picture. 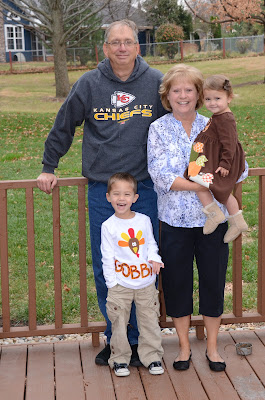 Shawn and his cute wife. 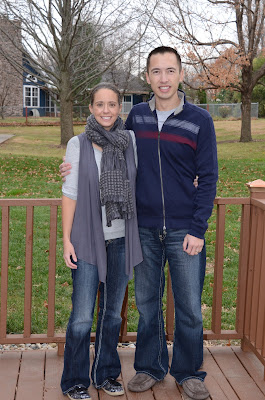 It was pretty nice outside, and Grandpa Garry decided to rake up some leaves in to a big pile. The kids all had a blast jumping in it and playing with the leaves. 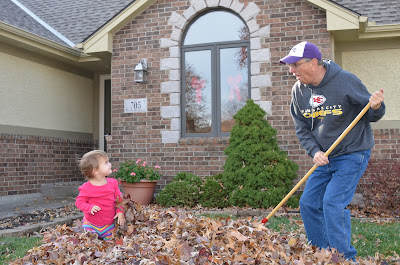 Paige thought it was pretty fun. 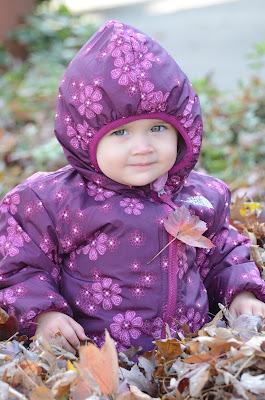 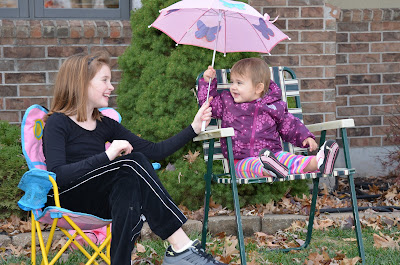 The most fun was watching Connor dive in to the pile. He was absolutely fearless. Even after he overshot it once and hit the ground with his face, he would still jump and leap into the pile with reckless abandon. It was a sight to see. We got some cute videos of Connor jumping and the kids playing with the leaves. 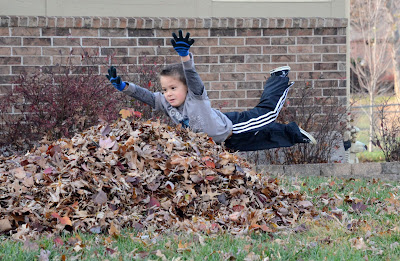 Grandma even got in the leaves and had some messy fun with the grandkids. 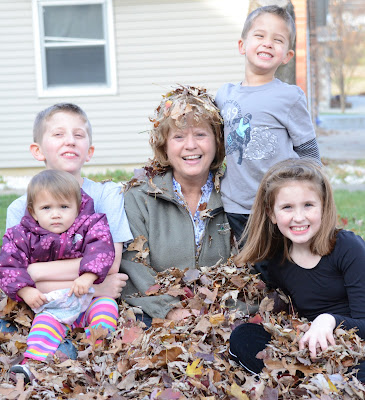