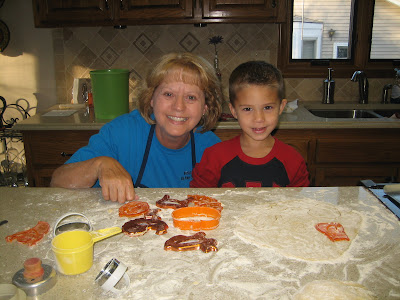 On Sunday, Connor went to Grandma and Grandpa Anders house for some Halloween fun. They made cookies and carved up the pumpkin and Connor helped too.

The rubber glove probably helped him get over the "yuck" factor. 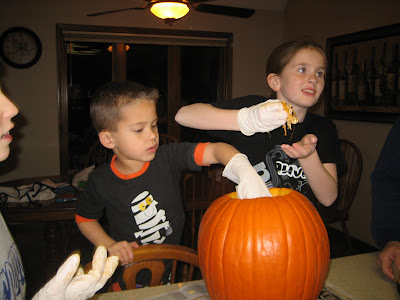 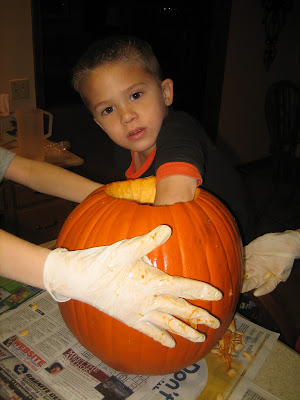 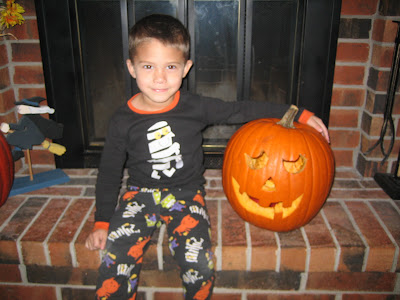 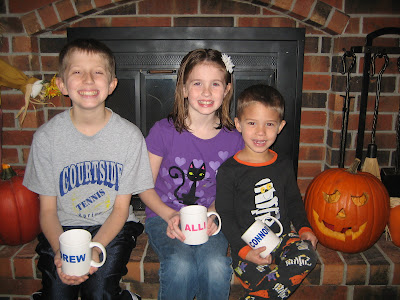 Later that night they watched a Scooby Doo Halloween movie that turned out to be a bit too scary for little Connor. He didn't want to watch the whole thing. 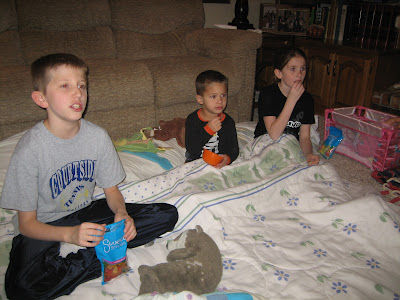 Later that night, he woke up from a scary dream and had a cute conversation with Grandma.

We all thought that was a cute moment they shared.

Connor and Drew loved the shields Grandpa made for them and sword fighting. 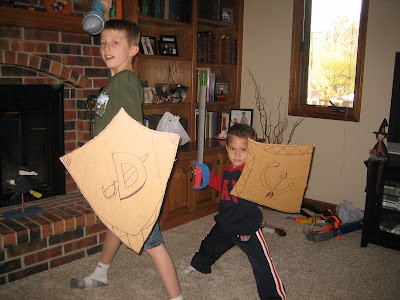