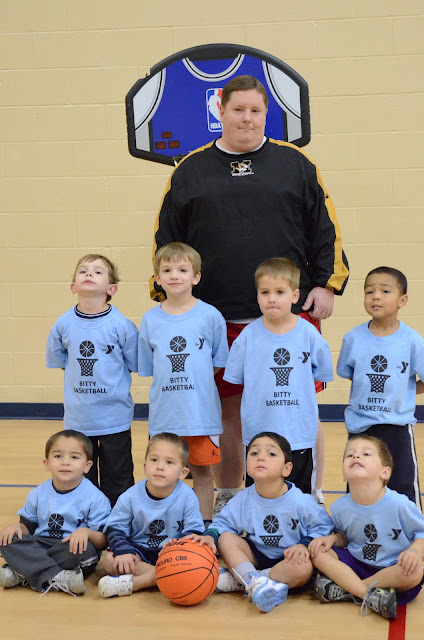 Today was the last day of Bitty Basketball. Connor's really enjoyed it and his team's gotten lots better. It was a joy to watch them play their last two games. The first game of the season, they didn't do a very good job defending and the other team would typically get a free opportunity to walk right up to the basket and shoot. During the second game of the season, their coach realized they needed to work on defense and after that they did an awesome job of paying attention to who had the ball and would prevent them from getting close to the net.
Prior to the game today, the coach had them practice defending. He'd walk around to different places and encourage the boys to get between him and the net. 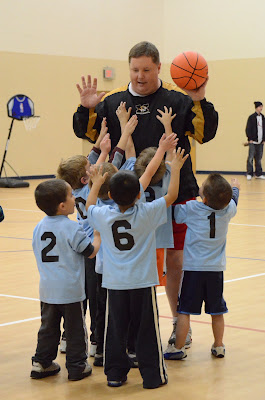 Connor was great on defense as well as offense. During the first game he was worried about playing to "rough" as he put it and we told him it was OK and encouraged him. By the last game, he was persistent, relentless, and the other team would often end up farther and farther from the net while Connor chased them down. At one point during the game I heard the mother of a green team player pointing him out to her family. One of the boys got frustrated by the defense and actually pushed Connor down. He was reprimanded for it, and I was worried Connor would be less aggressive, but it didn't phase Connor whatsoever. 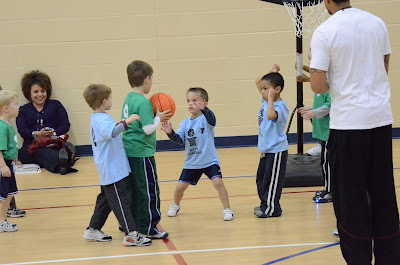 On offense, Connor was aggressive and was one of the few players who would dribble. In the first game of the season, he scored one basket. In the second game, he made three baskets and in the third game he made three as well.

I got some video from the last game and put it together. Connor loves watching himself play.

After the game, the coach handed out medals to everyone. 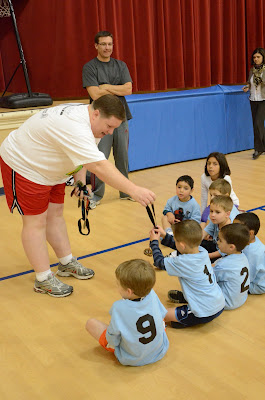 Connor was awesome! There is another session for basketball in January, and if we're still in KC, we're planning to do it again! 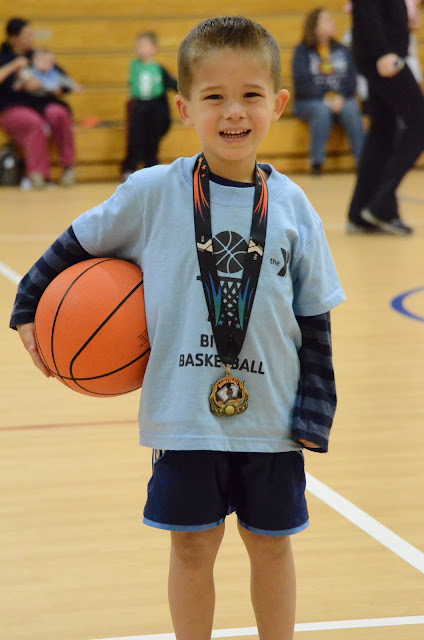 Very cool Connor. Really good job. When you do your best, it's always a good game.