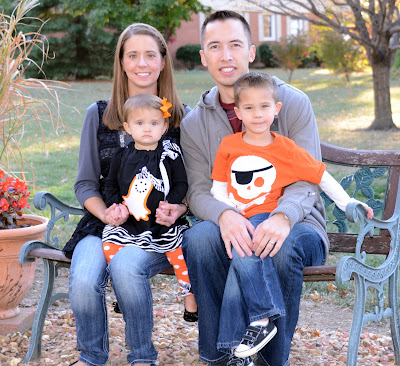 Halloween 2011 was another fun one. It was a bit of an odd holiday this year since it fell on a Monday, but we made the best of it. Connor had stayed the night in Odessa on Sunday so he was already out there on Halloween day. After work, the rest of us packed up our little girl and headed out.
Paige and Connor both were dressed very cute even before they had on their costumes. Mommy got Paige a super cute ghost outfit with orange leggings and Connor had a scary skull shirt.

We snapped a quick picture of Paige before we left. 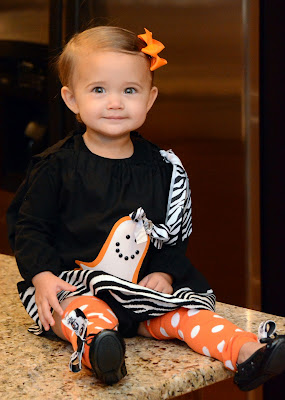 Then we got a few pictures outside when we arrived since it was a beautiful day. 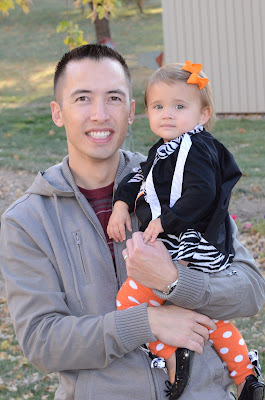 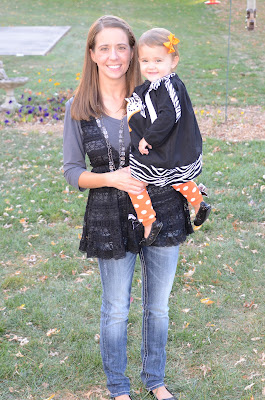 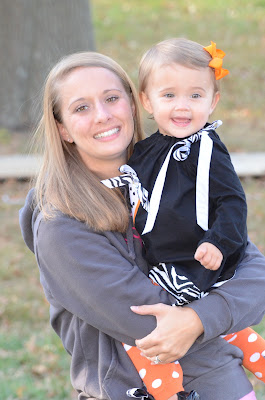 Connor and baby sister were good listeners and very patient with all the pics. 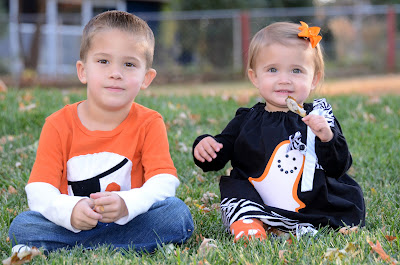 Aunt Amanda did a great job with our family shots and we even got a nice picture of Mommy and Daddy together. 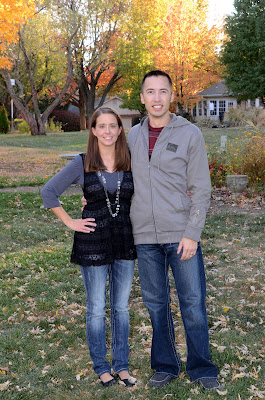 For dinner, we ate chili and hotdogs. Buddy and Renie were there too! 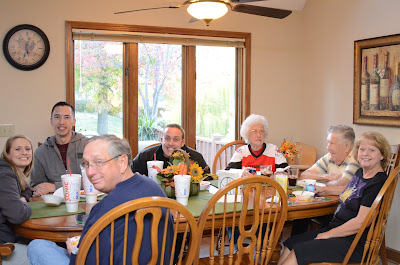 After dinner it was time to get all dressed up. Connor looked tough in his Spiderman costume. 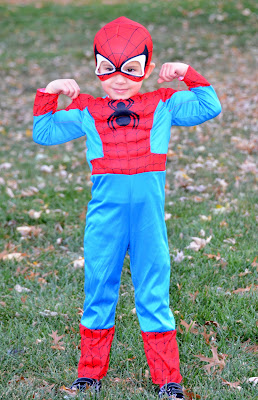 Paige was a doll in her skunk outfit. Allison had the cute idea of putting a bow on it so everyone would be sure to know she was a girl. 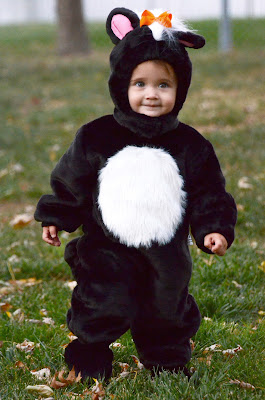 Paige made a big entrance in her costume and we got it on camera.


Of course, we had to get another family shot. Thanks again Amanda! 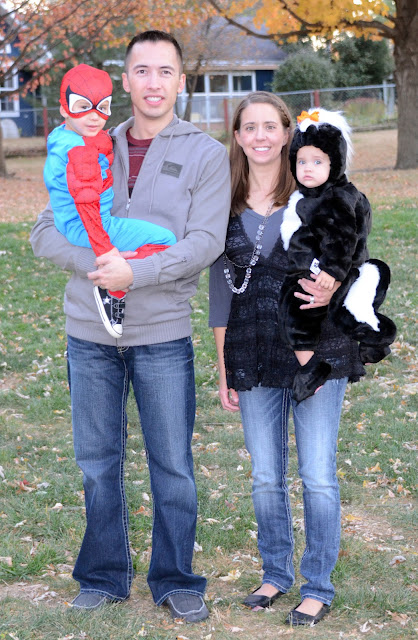 Paige was in a great mood in her outfit. She loved wearing it all night. 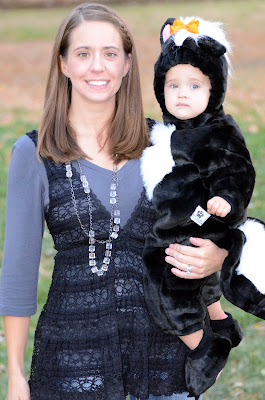 We got some cute pictures of the kids together on the little bench out back. 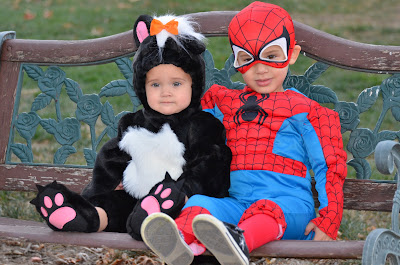 It was a little tough to get them together with Allison and Drew for this shot. Connor was pretty terrified of Drew in the scary "Jason" hockey mask. 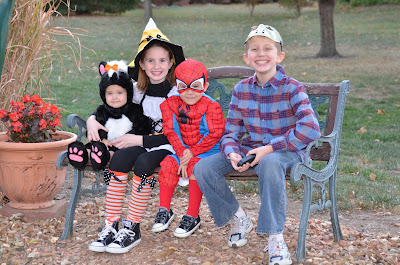 Alli was cute and sassy as ever. 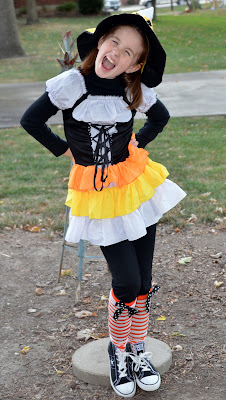 After pictures it was Trick-or-treat time!!! Allison rode with Paige and helped hold her in since we didn't feel like strapping and unstrapping her at each house. 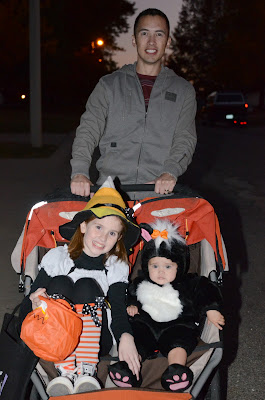 Connor went to the first house to Trick-or-treat, but he got a little weirded out by all the costumes he saw and decided he wanted to go home.


Paige, however, was a different story. She absolutely loved it! She constantly wanted to hold her bag and would shriek and do a little dance when people dropped candy in her bag. 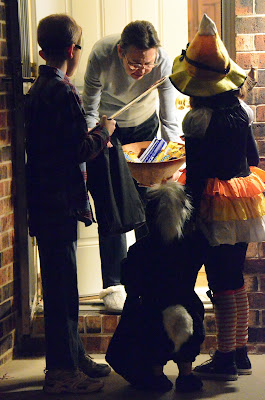 It's a little hard to see since the video is dark, but you can see Paige do her little dance after she gets her candy.

When we got home, we found Connor having a great time passing out candy. He was a great help and although he was a bit slow getting to the candy sometimes, he really enjoyed passing it out and interacting with all the kids. 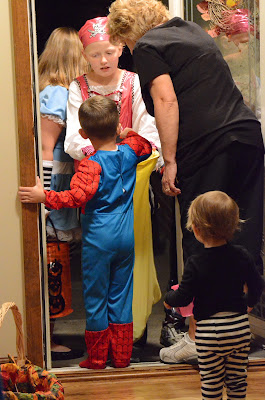 It was a great Halloween!

Looks like nice weather and lot of fun for the kiddies. Everyone looks very cute. Fun to pretend you're someone or something else for a little while.