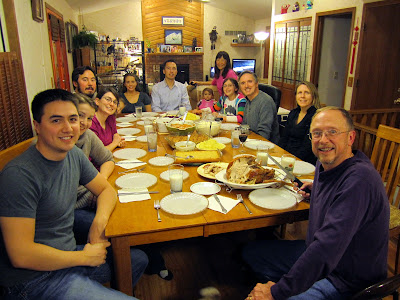 On Thanksgiving day, we spent the day in St. Louis with the Vernons. This year we stayed Wednesday night with Abby and Chris at their house. On Thursday, we woke up, got some things ready and then went over to Grandpa and Grandma's house for Thanksgiving dinner. Shawn's Uncle Roger, Aunt Wendy, and cousin Jenny were there too. 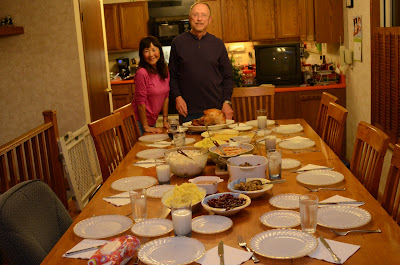 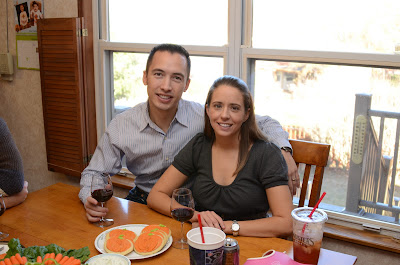 Mommy found a neat idea for a turkey shaped veggie tray. We put it together and nibbled on it throughout the day while dinner was cooking. 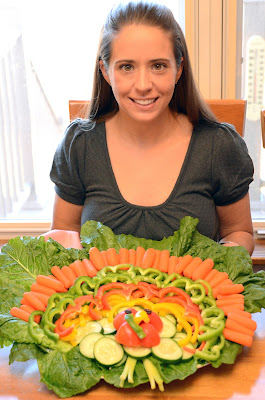 Paige was a wild woman as usual. She climbed on everything, grabbed all the doggie toys and was pretty dangerous. We let her play with the wiggle rider for a while, but soon she thought it would be a great idea to stand up on it with no hands. We managed to take it away from her before she got hurt. 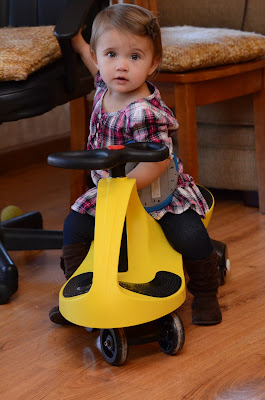 She loved all the dogs and tormented them with her kisses. 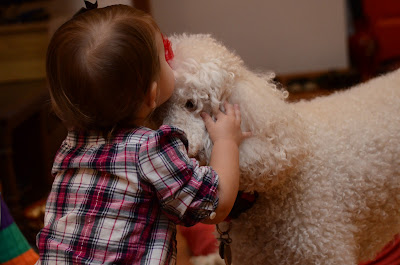 Paige also loved to sit on the fireplace, which was covered with some doggie beds. At one point, Pixie sidled over to her and sat right next to her, leaning against Paige. It was a cute pic and I managed to snap a cute picture of them together. 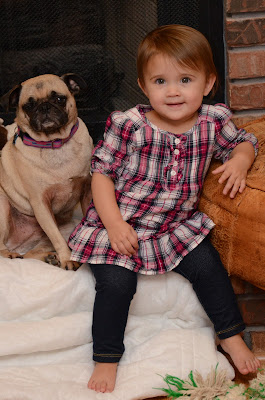 Connor loved playing with Uncle Chris. He spent as much time as he was allowed playing all kinds of games and doing lots of stories with Uncle Chris. They went downstairs for a little while so, as Connor put it, they could have some "peace and quiet". They dug out a bunch of the old toys that Daddy and his brothers played with when we were little boys and had a lot of fun. 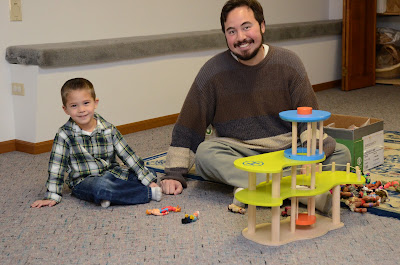 As is our tradition, we measured everyone against the wall to see how much everyone's grown, or in some cases, how much they've shrunk. 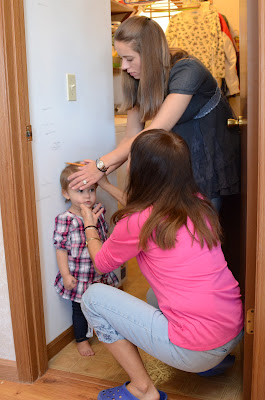 Alex and Laura were in town from New York and it was great to see them both. 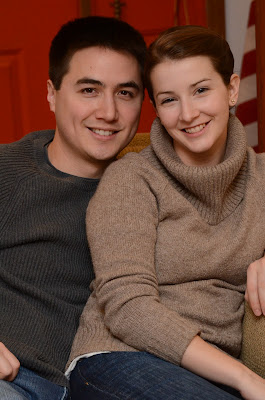 Unfortunately New York's changed them for the worse and we can hardly understand them with their thick New Yorker accents. They had some attitude and it showed in this pic. 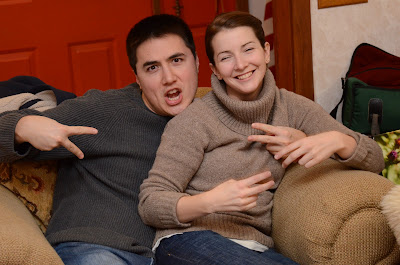 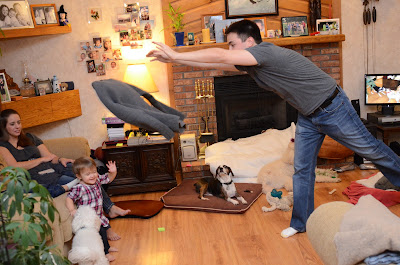 Connor played all kinds of games, including a neat beanbag toss game with Grandma. 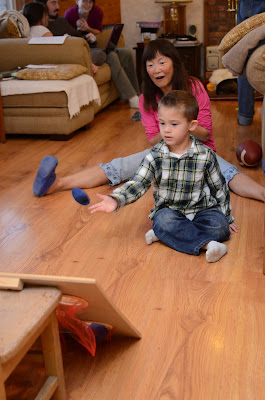 At the end of the day, we ate Grandma's delicious feast. Connor ate a ton of Turkey with Ketchup and we all got stuffed. More pics to come once Alex sends them to me.
Posted by Shawn Vernon at 5:59 PM