Connor's leg was really bothering him this past Friday. It had been hurting him the Friday before this, but this past Friday it was way worse. He couldn't even bend his body or leg and it had him in tears. It was in the groin region on the right side and we were really worried something was seriously wrong. Andrea took him to the doctor and they took X-Rays, but didn't see any breaks or anything that would have caused it. He was unable to walk or move much and we kept him home all day.

Strangely enough, just like the last time it had been hurting him, it went away and he was back to normal within about 24 hours.

Our buddy Lilly still came over to play, but we didn't let them play outside since we were worried it'd aggravate his leg again. They played inside and Daddy got a few pictures of them spinning a little yellow chem light that Connor got from his school party on Thursday. 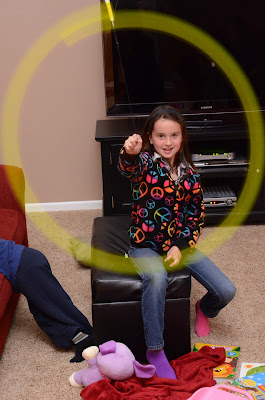 Connor was pretty nervous about spinning it at first and his face showed it. 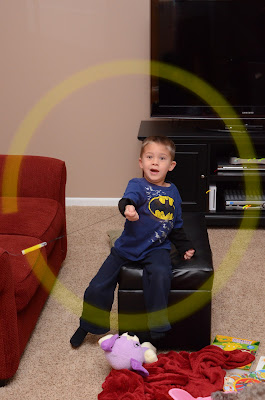 Eventually he figured it out. 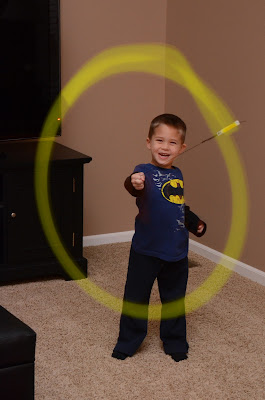 Paige liked it too but had some trouble spinning it. We still got a cute picture of her swinging it around. 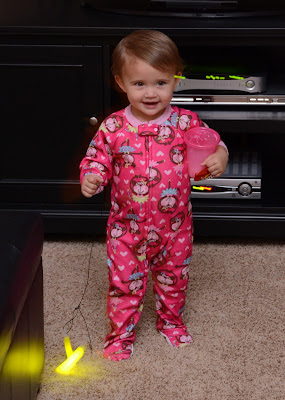 Since Friday, his leg's been fine and we're hoping it won't happen again!
Posted by Shawn Vernon at 3:48 PM